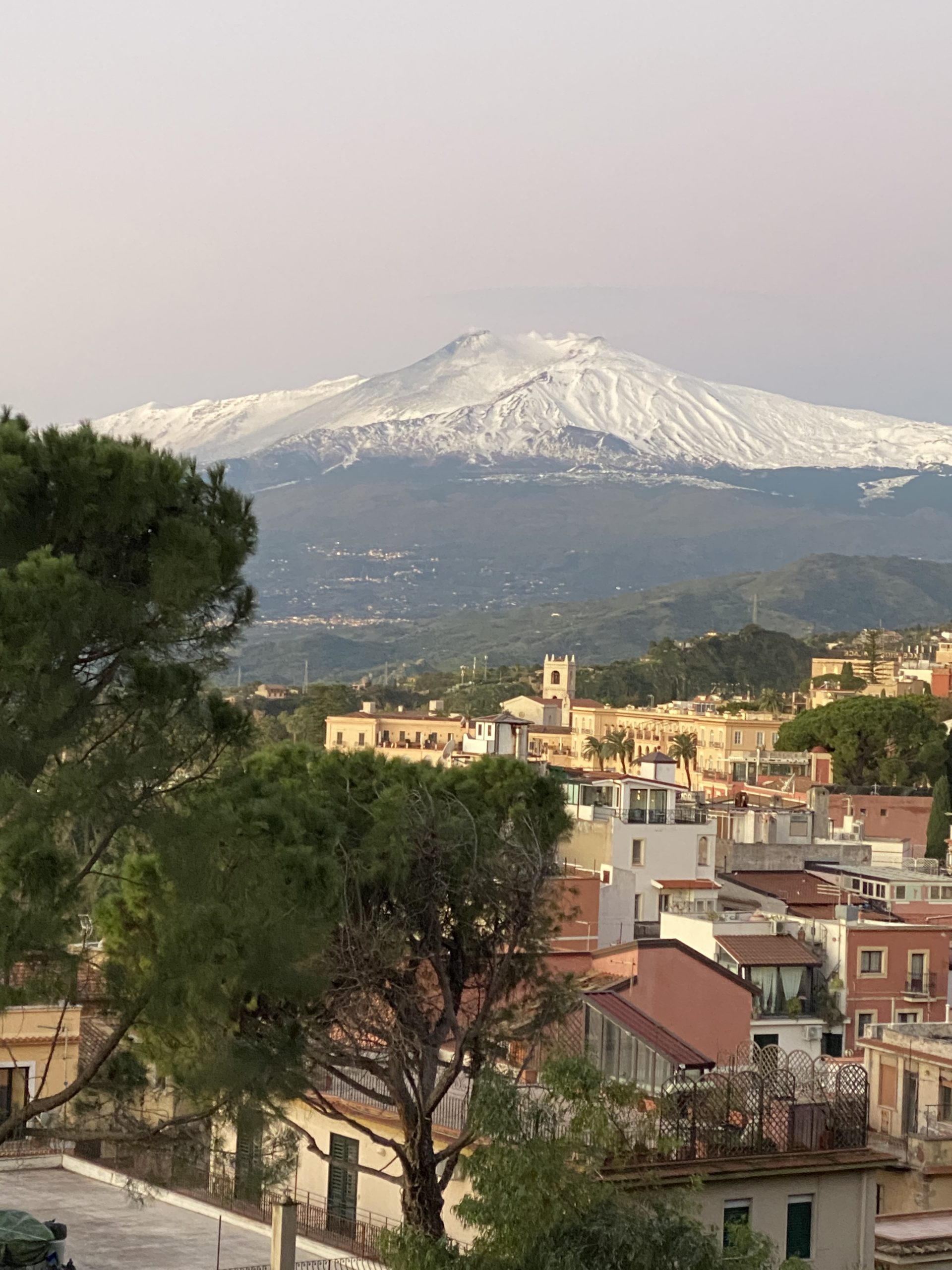 On the eastern side of Sicily, it’s hard to ignore her. Some folks call her Momma. Some call her “the bride.” Others refer to her as “the sleeping giant.” Call her what you want, but let me tell you, when you wake up, rollover, and see Etna right outside your window, you will have no doubt that you are in the presence of greatness. She was here long before you were born. She will be here long after you are gone. She’s running things here. She makes soil fertile for grapes and food. She provides a tourist destination. Life is good here, but it is on Momma’s terms. Never forget that she’s the boss. 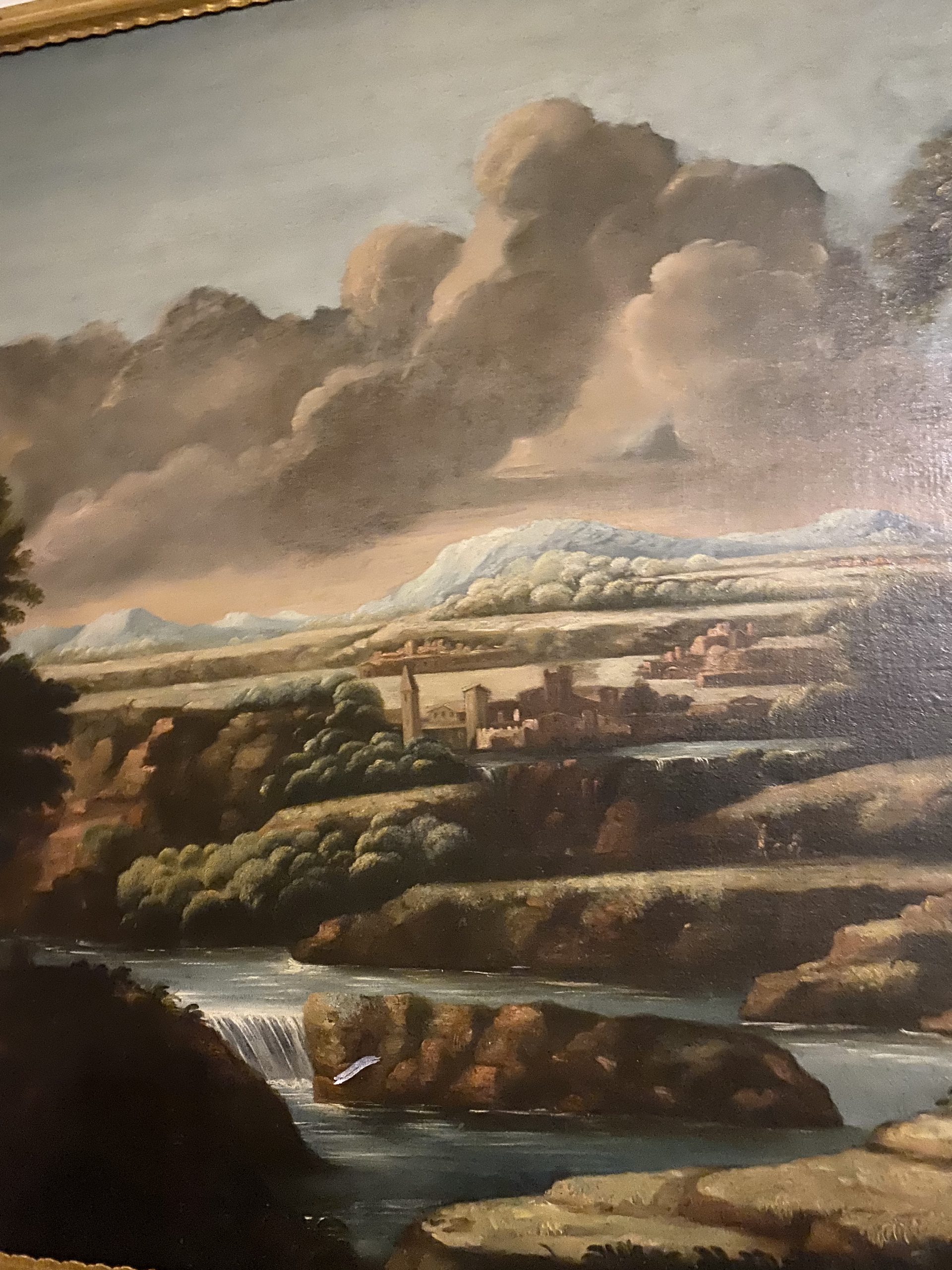 The walls and halls of the Belmond Grand Hotel Timeo are adorned with depictions of Etna through the ages. 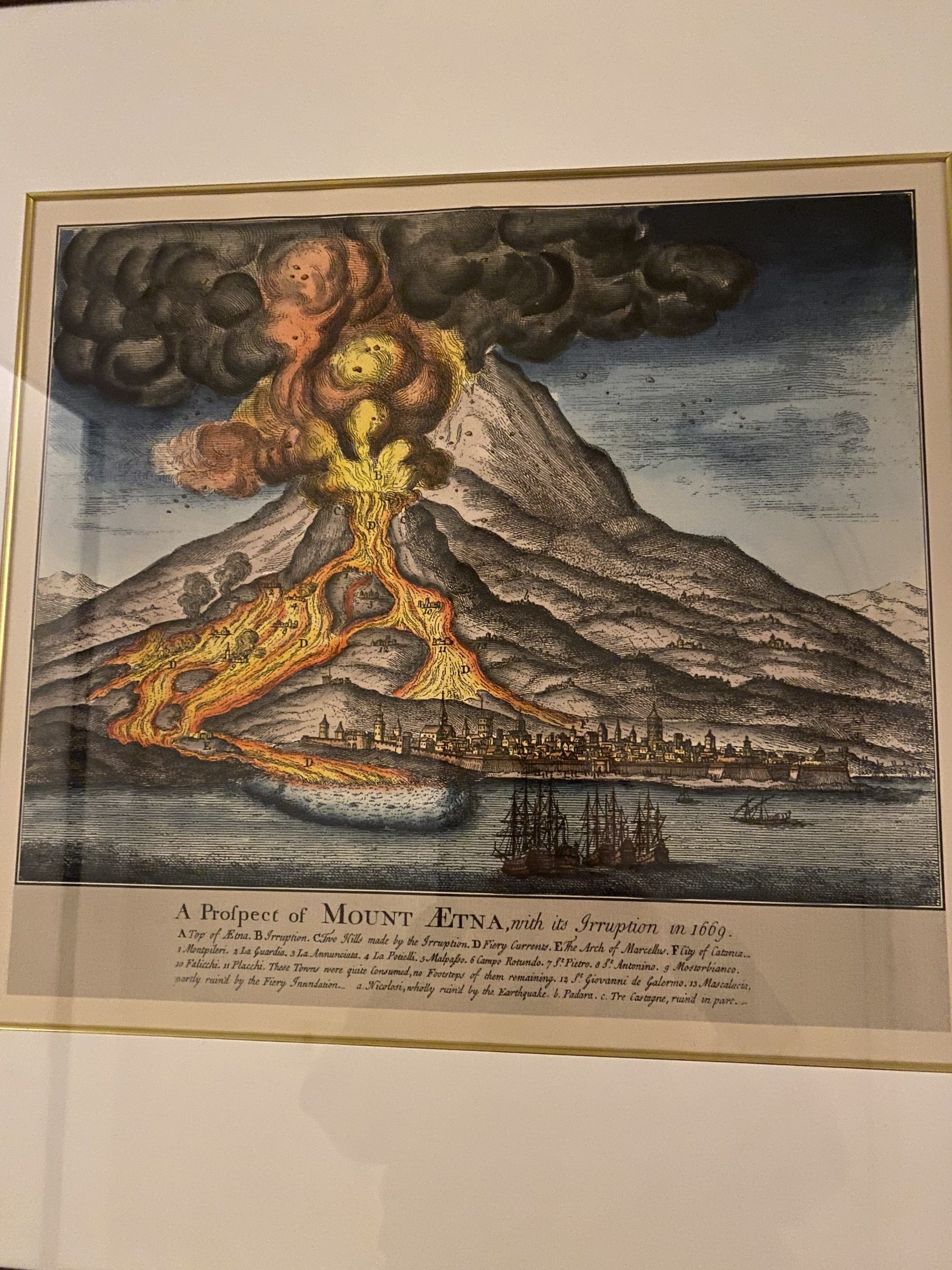 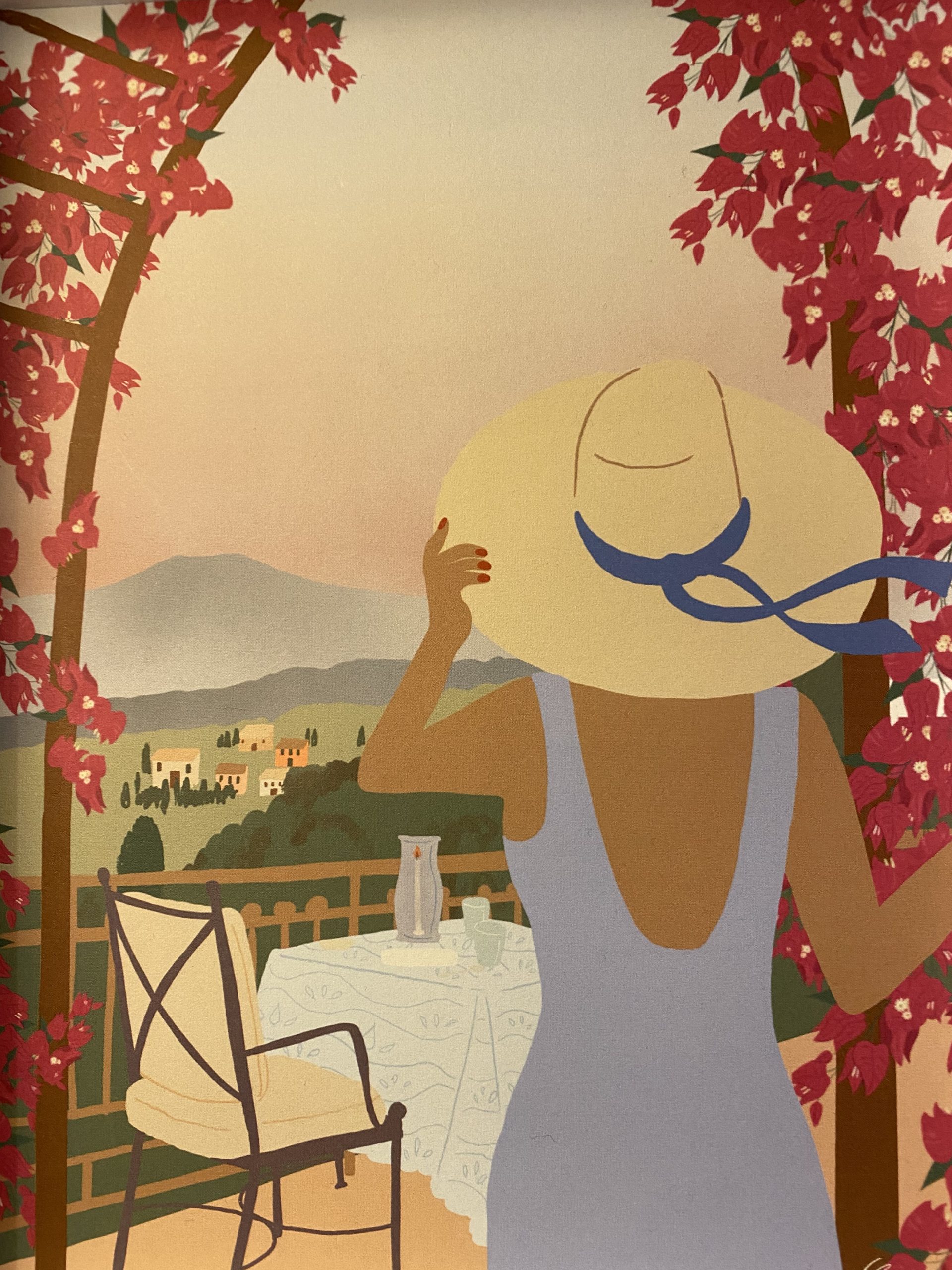 The hotel capitalizes in every way possible, as it should, on its unique vantage point. 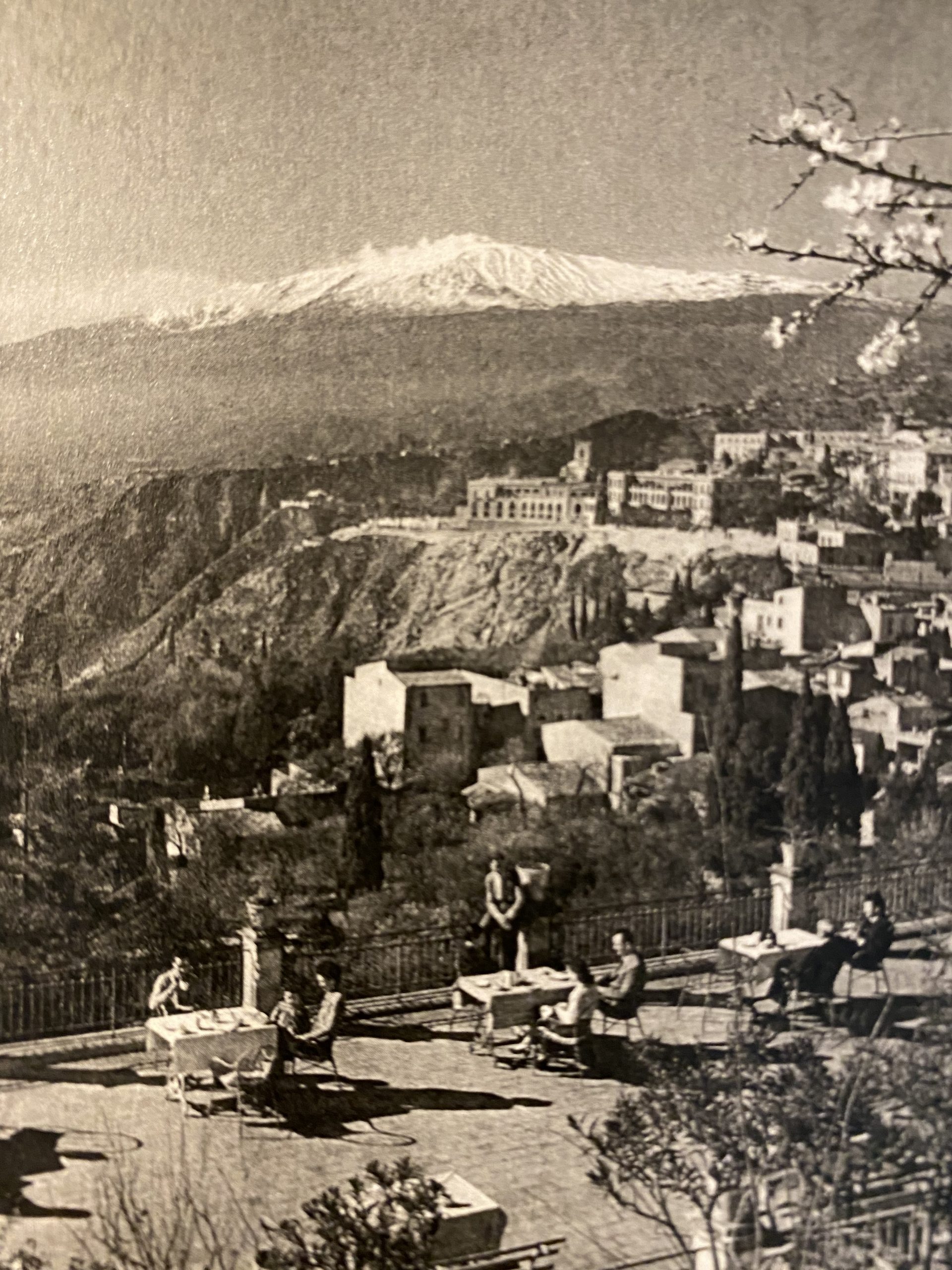 For us to stare at a “pointy”mountaintop from our hotel room was one thing. But it was something entirely different to drive the long and winding road up to some of the many dormant craters in what the locals refer to as a “volcanic system.” In more than one village, we had to drive around roadside banks of volcanic ash that rained down on the area one day this past August. It took only ten minutes to dump ash all over many of the villages in the shadow of Etna. They just shovel it to the side and get on with life. But when Dario (our driver) pulled the vehicle off the road and he, Margareta (our guide), Rick, and I  jumped out for a better view of the steam billowing out of the crater, Rick and I were in for an incredible surprise. We actually heard that old gal rumbling. Not once, but many times. Belching white steam and gray steam. Repeatedly grumbling and rumbling. It was something we have never experienced and will probably never experience again. This is the kind of thing that makes us pack those bags and put up with all the frustrations of travel. You just can’t experience this sitting on your sofa at home. 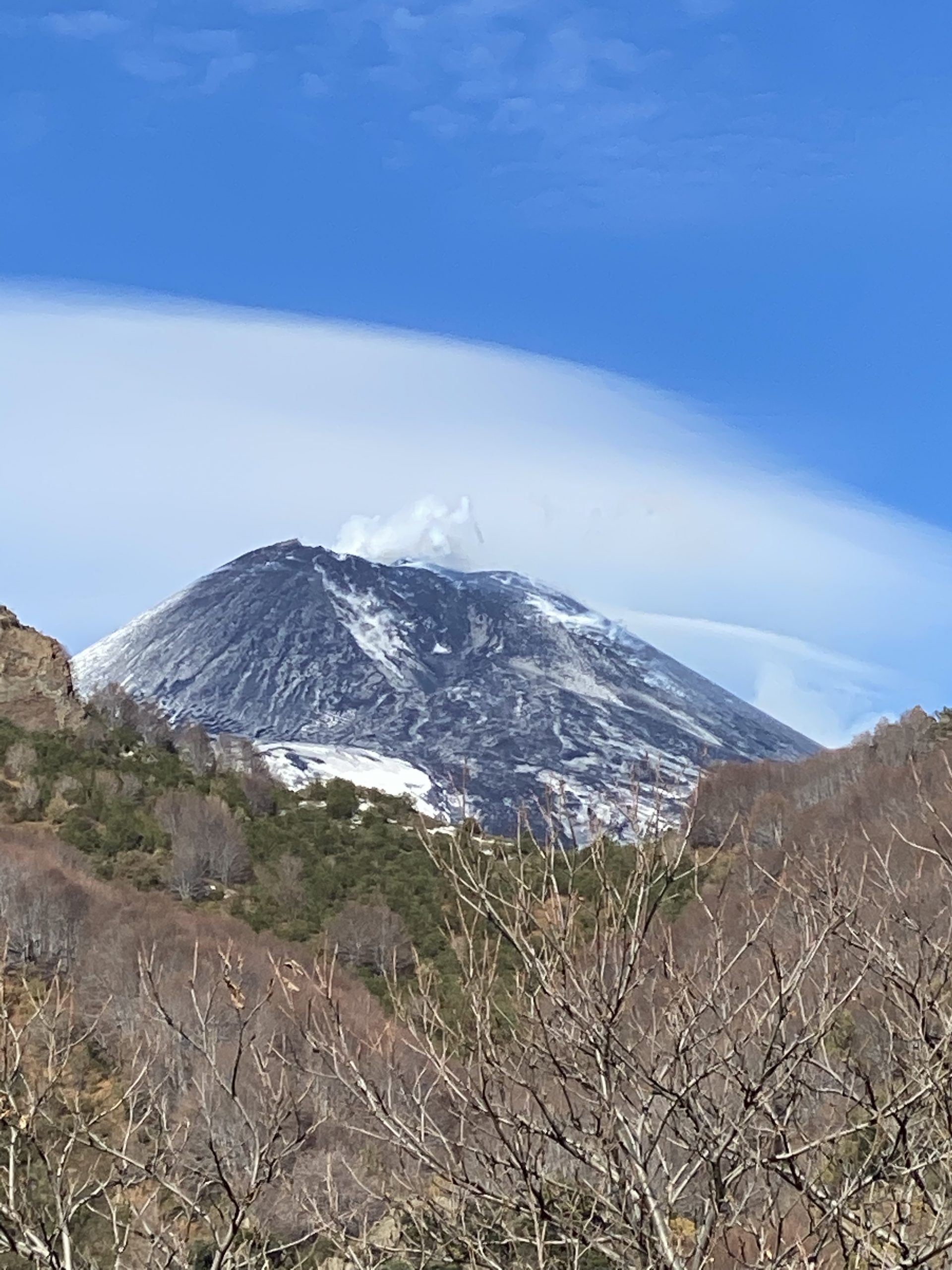 This picture was taken where we were standing when we heard all the loud eruptions. 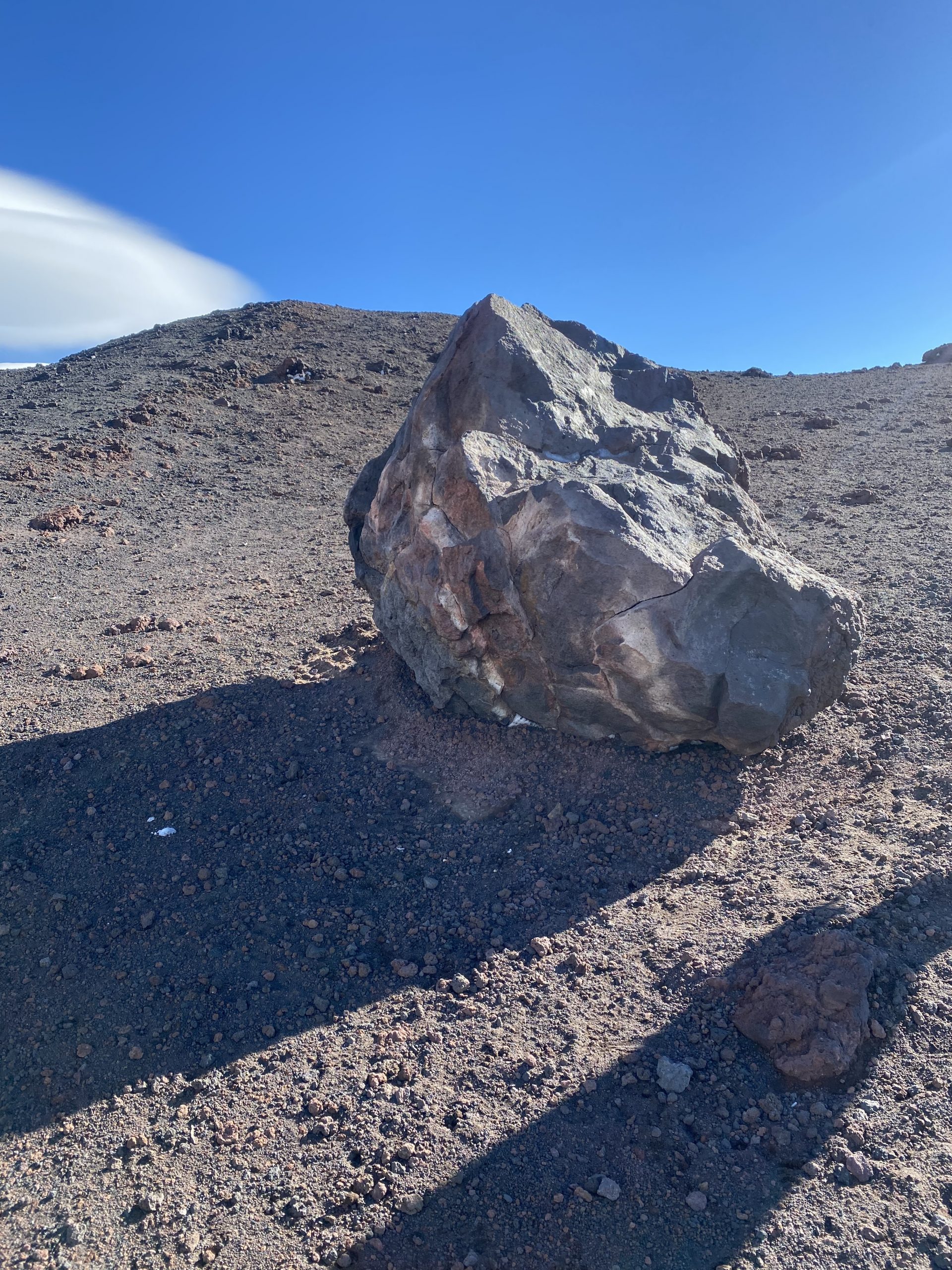 This is a lava bomb Momma tossed out when she was particularly irritated around the end of the 19th century.

Margareta says that, if you are native to these parts, you miss her terribly when you are away. She’s like your North Star and she will always help you find your way home. We’ve only been here two days and we hated to part company with her this morning as we left for Siracusa. This volcano system is alive and well and will be here if we ever come back to Sicily. Etna is the Queen Bee. Margareta says that sometimes she angry; sometimes she is peeved. Sometimes she is placid. But, make no mistake. Everyone is aware of her moods. She’s the boss. 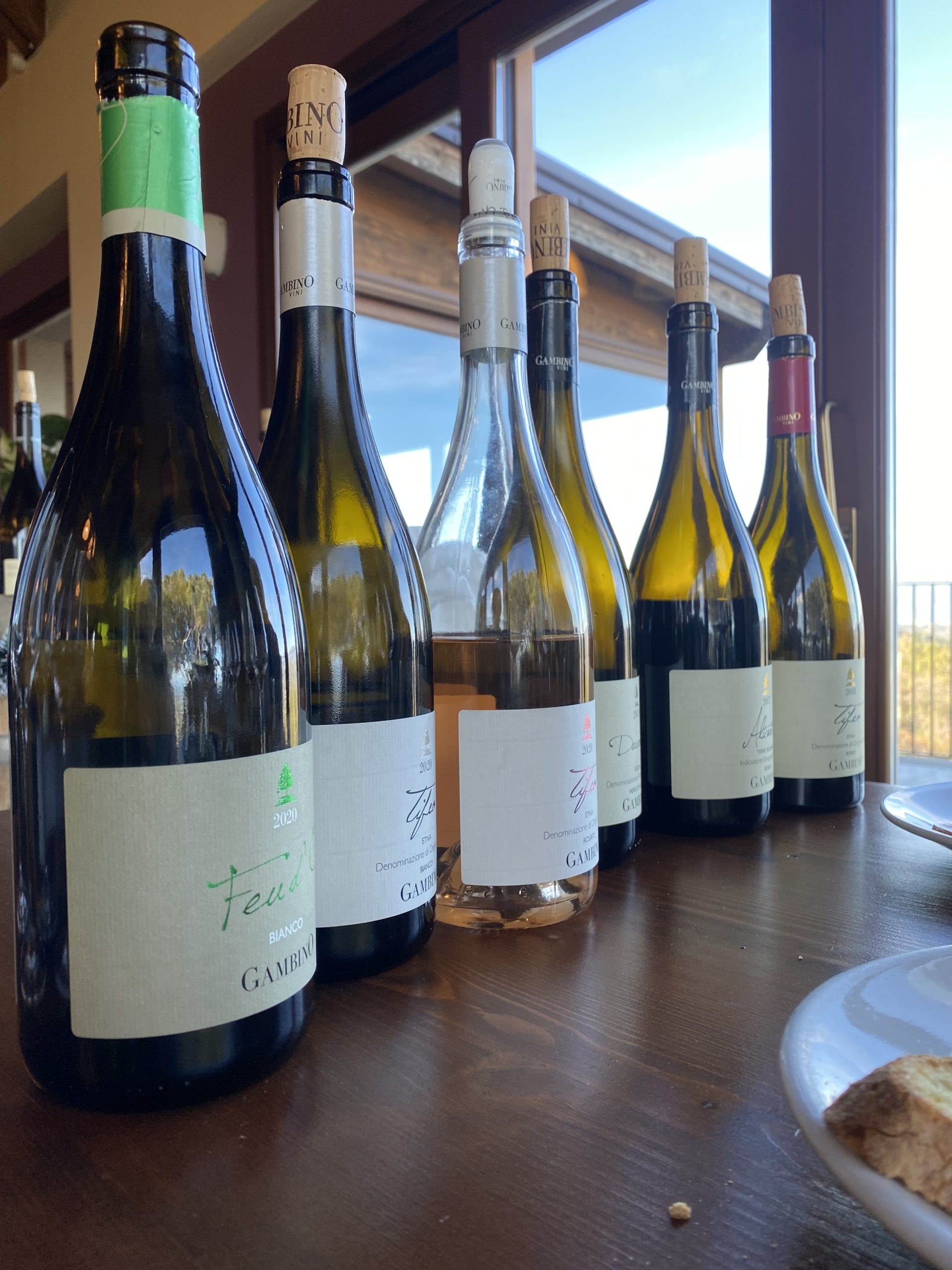 Momma makes wonderful soil for growing excellent grapes for delicious wine. We have enjoyed a bottle or two.