We are sitting in the airport at Palermo, Sicily waiting for our Ryanair flight to Paris. Our Sicilian adventure has come to an end, and our Christmastime in Paris adventure is about to get underway. Our time in Sicily was rather “spur of the moment,” as we only started planning it on November 22 when our Christmas Markets river cruise was canceled due to Germany’s spike in Covid numbers. However, we had excellent help planning both adventures and we anticipate our week in Paris to be just as incredible as our week in Sicily. And, believe me, it was a very special week.

As is often the case while sitting at an airport, I have been going back through photos and I will post some of our favorites. Sicily is an amazing island and I hope you enjoy the pictures! 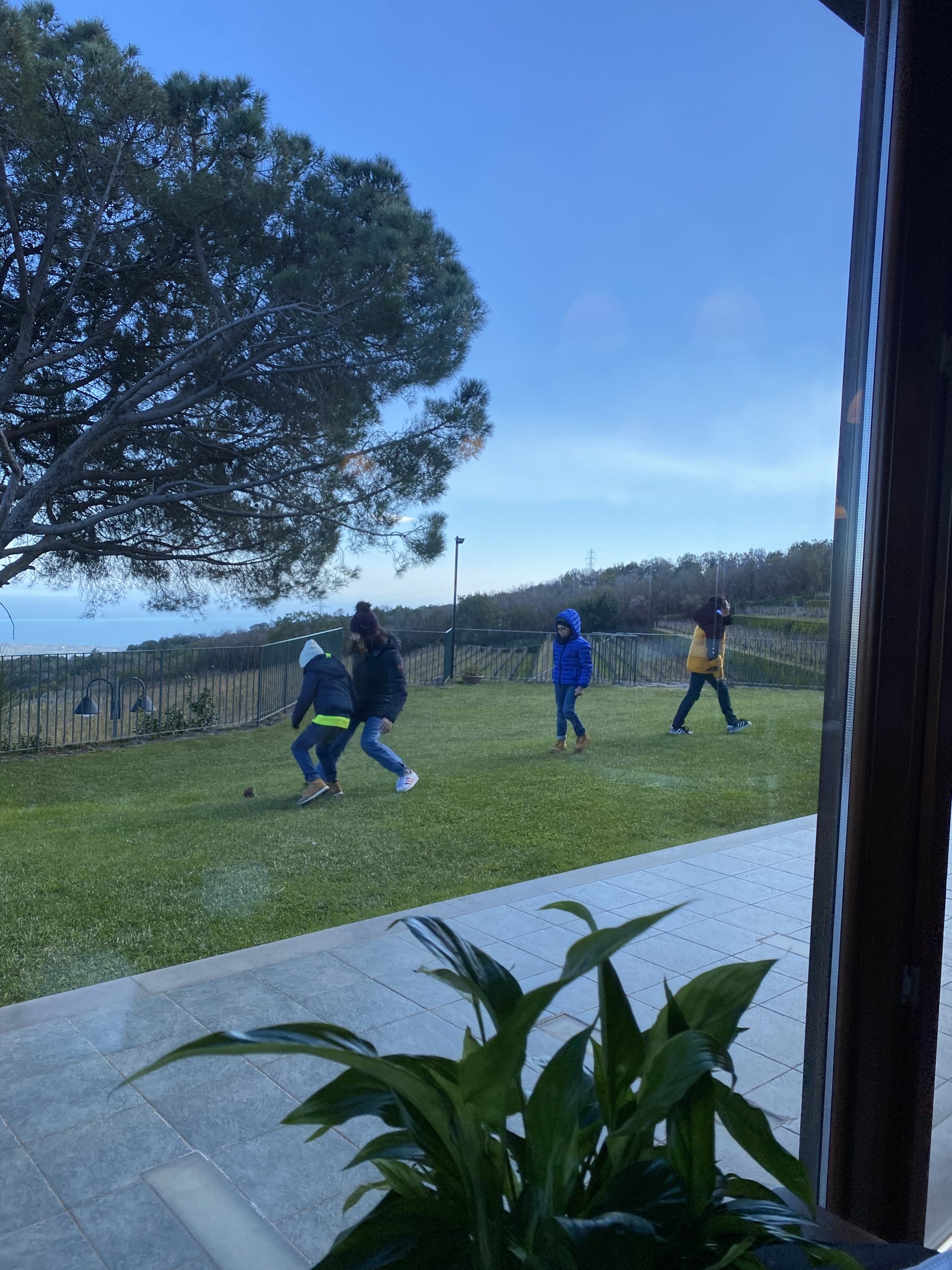 We loved watching the children at the Gambino Winery playing soccer with a pine cone. Bless their hearts; they had no screens. They had to go outside and play. 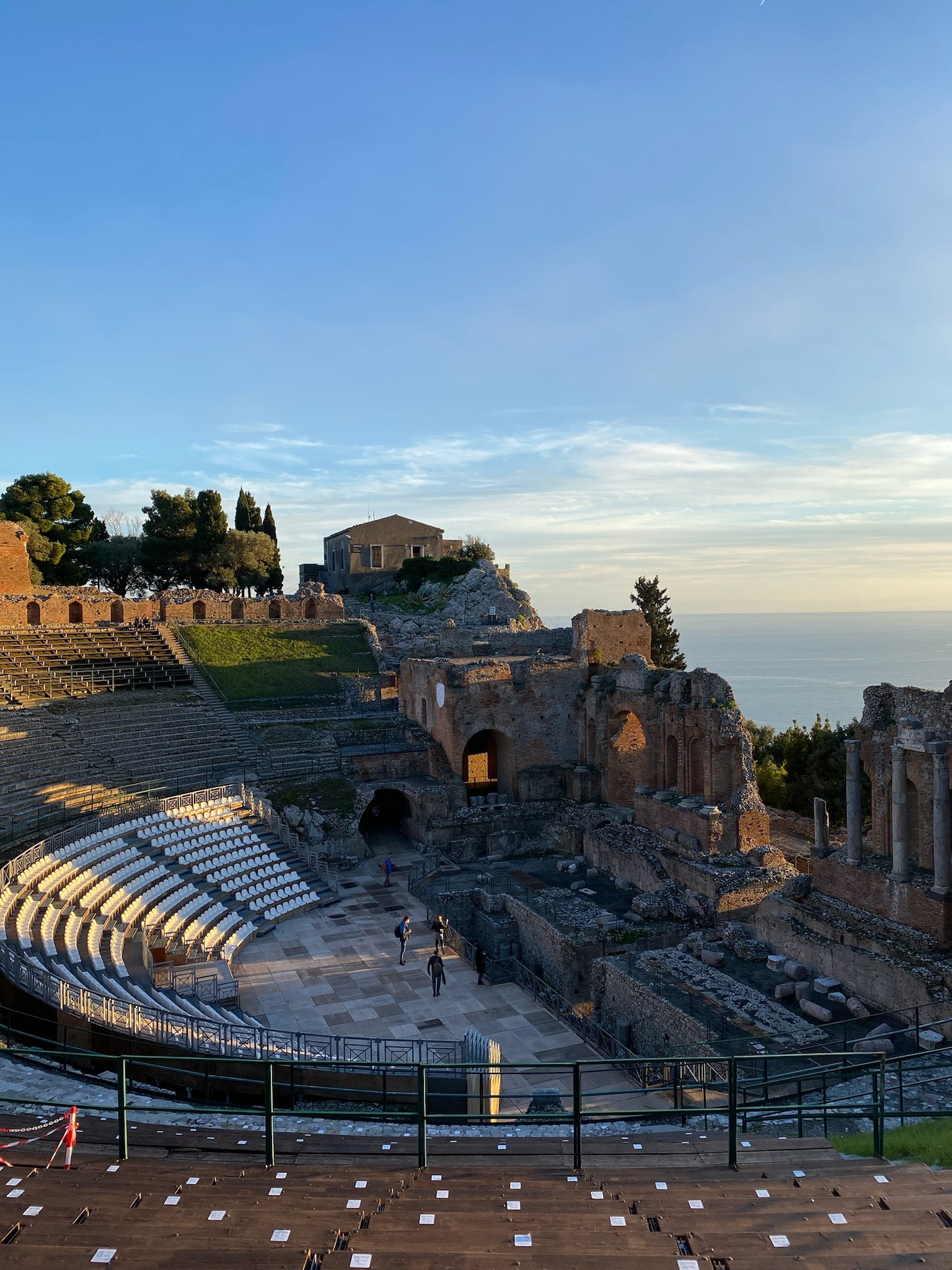 The Greek Theater of Taormina. Construction is believed to have started around the third century BC. Perfectly situated to take in the view of the sea with Etna behind the theater. Imagine seeing The Three Tenors perform here! 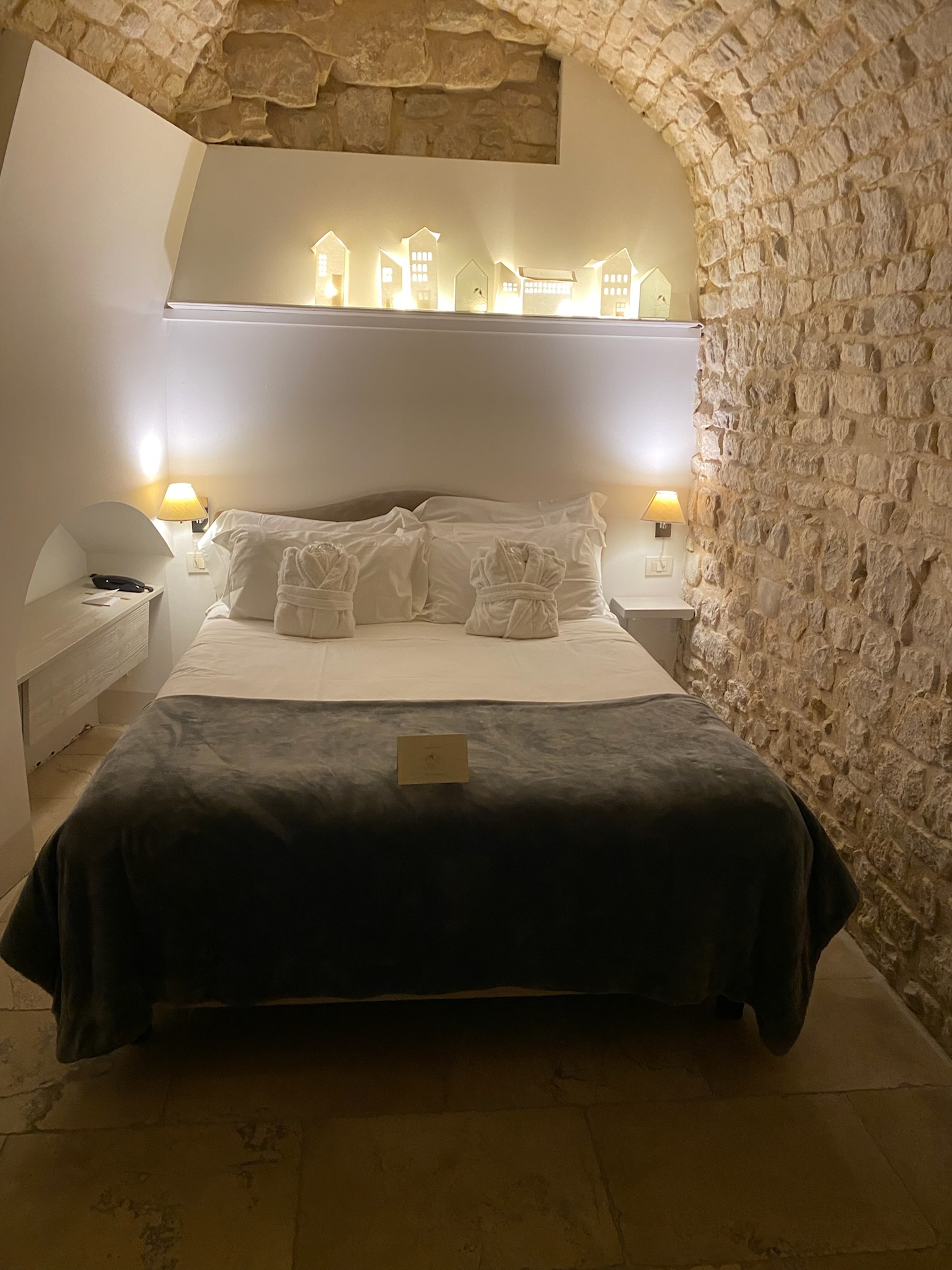 Our incredible room at Locanda Don Serafino in Ragusa Ibla.

Cats looking for lunch at a seaside restaurant in Siracusa. We found it to be a bad idea to make eye contact with them. They immediately crouched as if to jump on the table. 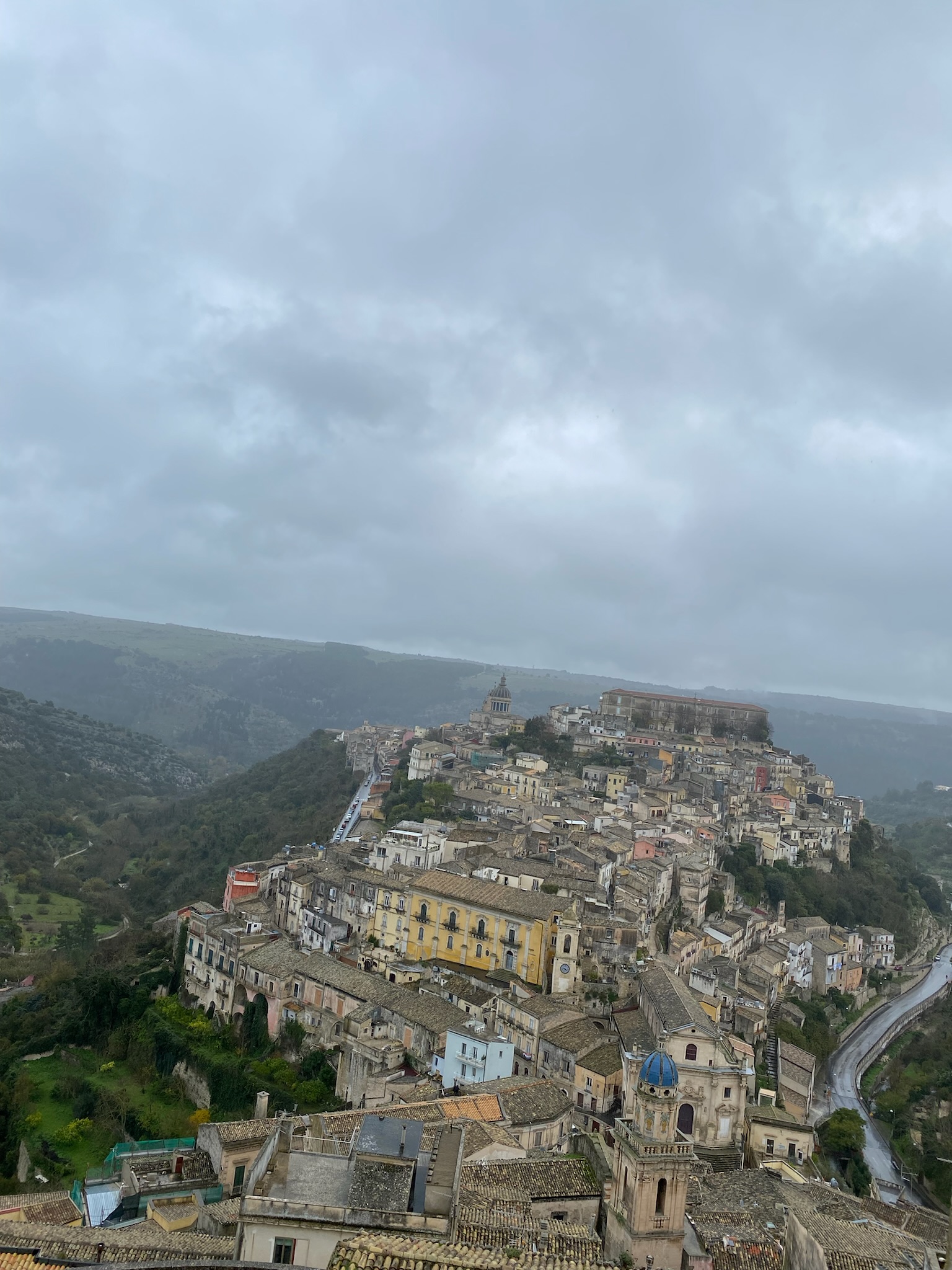 The charming village of Ragusa Ibla. Sicily is about sixty percent mountains. The landscape is lush and green. 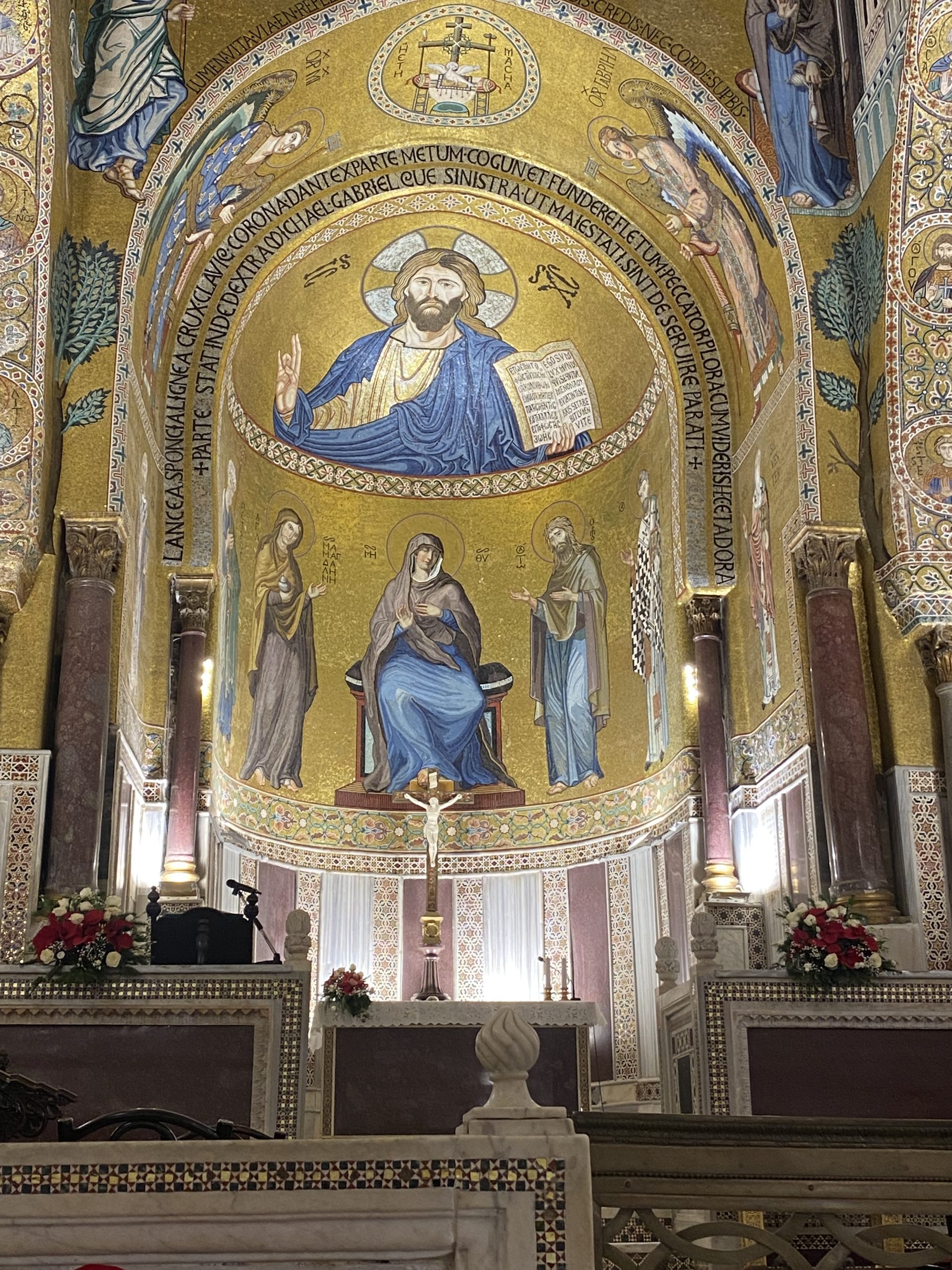 The mosaics we’ve seen in Sicily have been spectacular and a bit reminiscent of some of the incredible mosaics of Morocco. 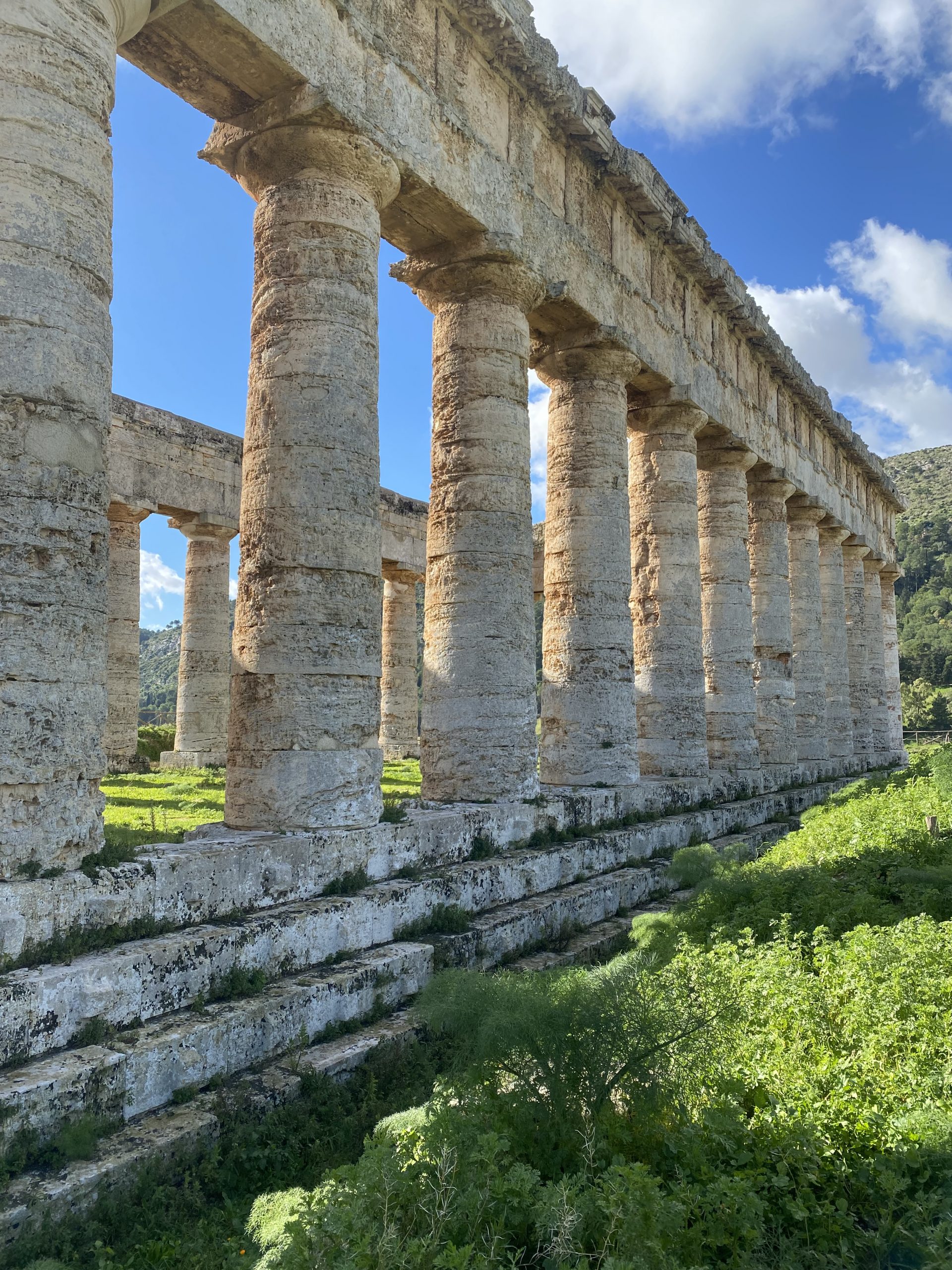 The ruins on this island here are a reflection of those who have pillaged and plundered this beautiful place—the Spaniards, the Greeks, the Romans, the Normans, and the Arabs have all passed through here over the centuries. Interestingly enough, the conquerors have usually not destroyed, but worked with existing structures to make them conform to their needs. 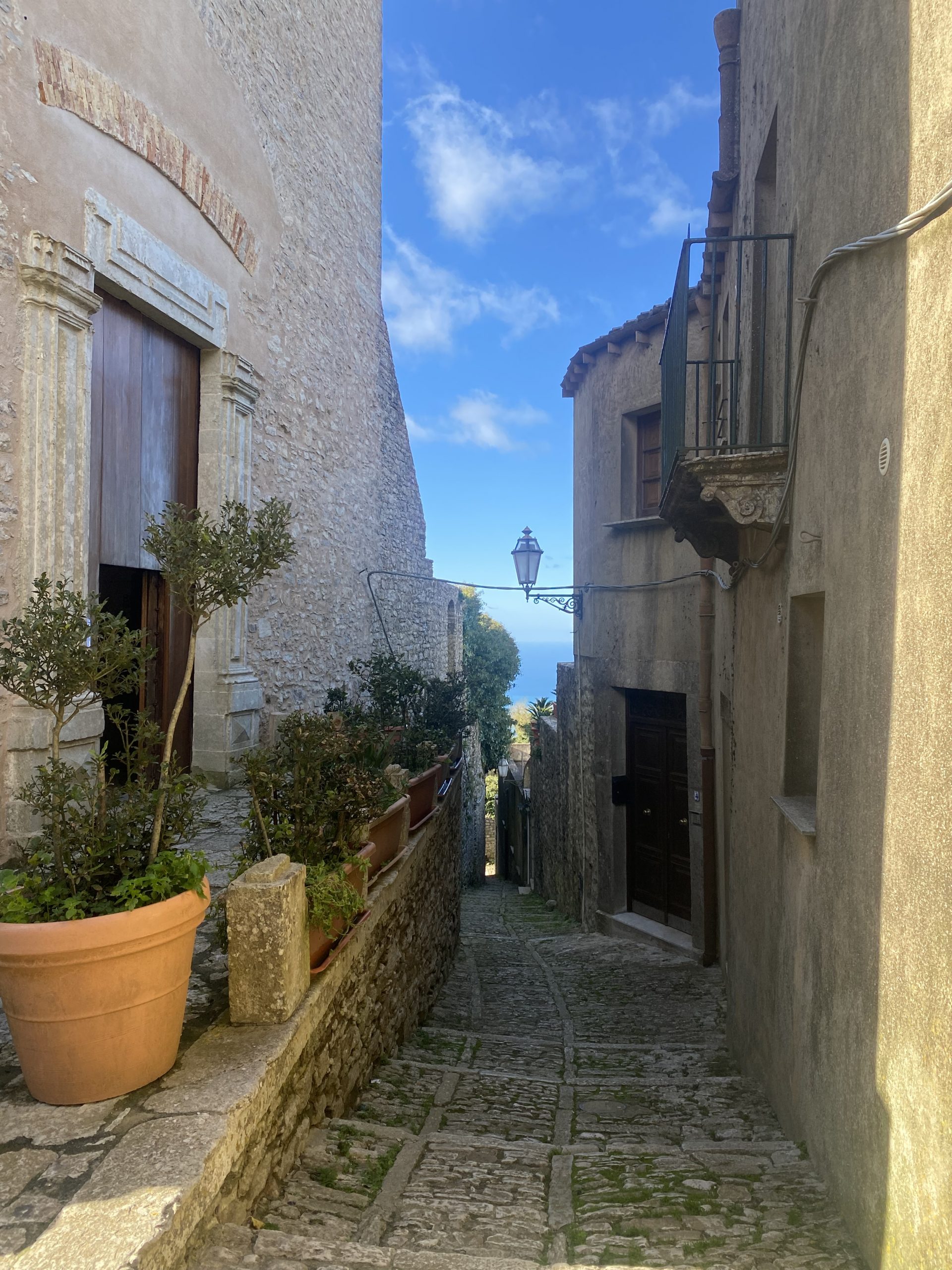 A street in the medieval town of Erice. 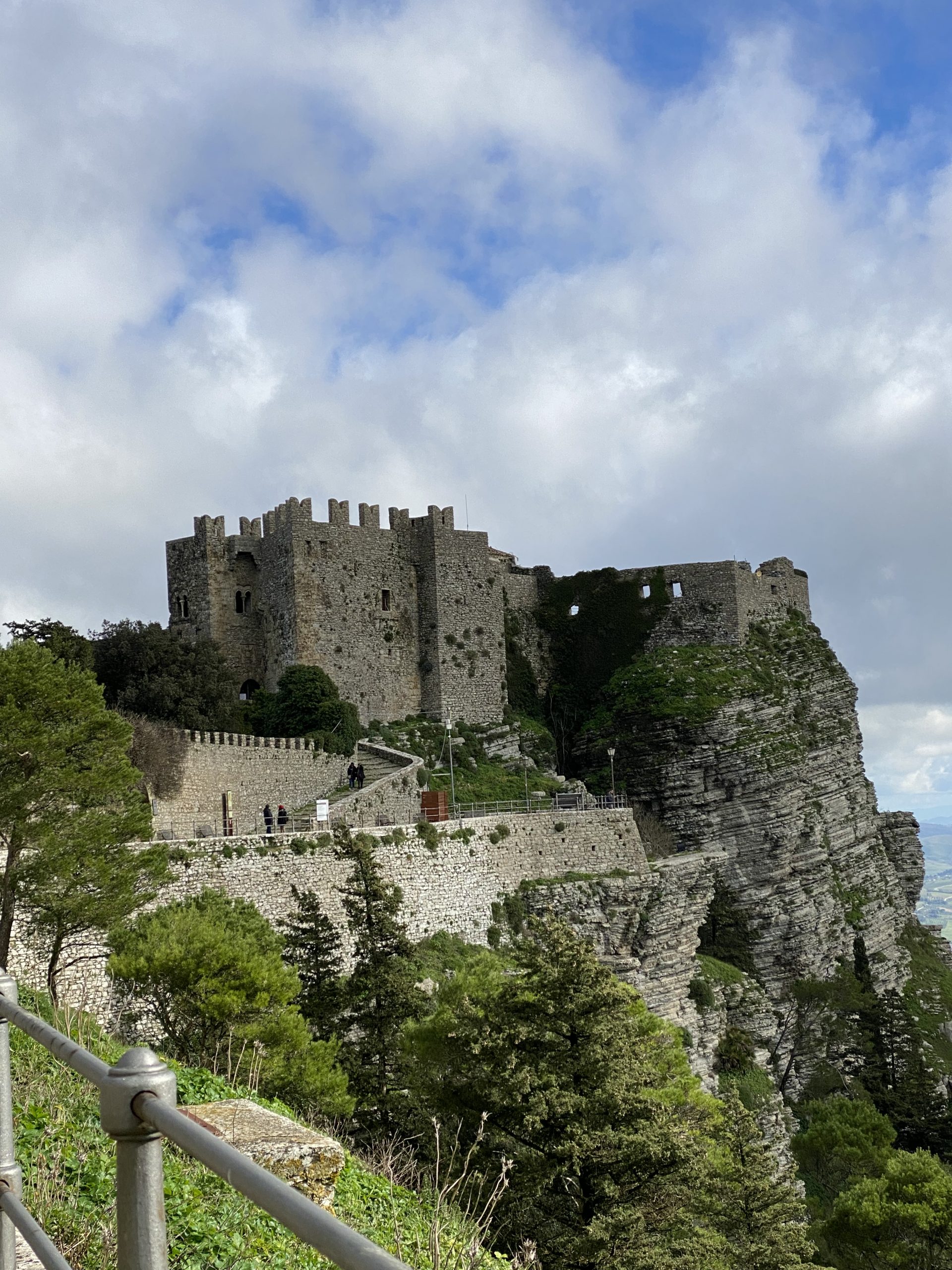 The castle in Erice. 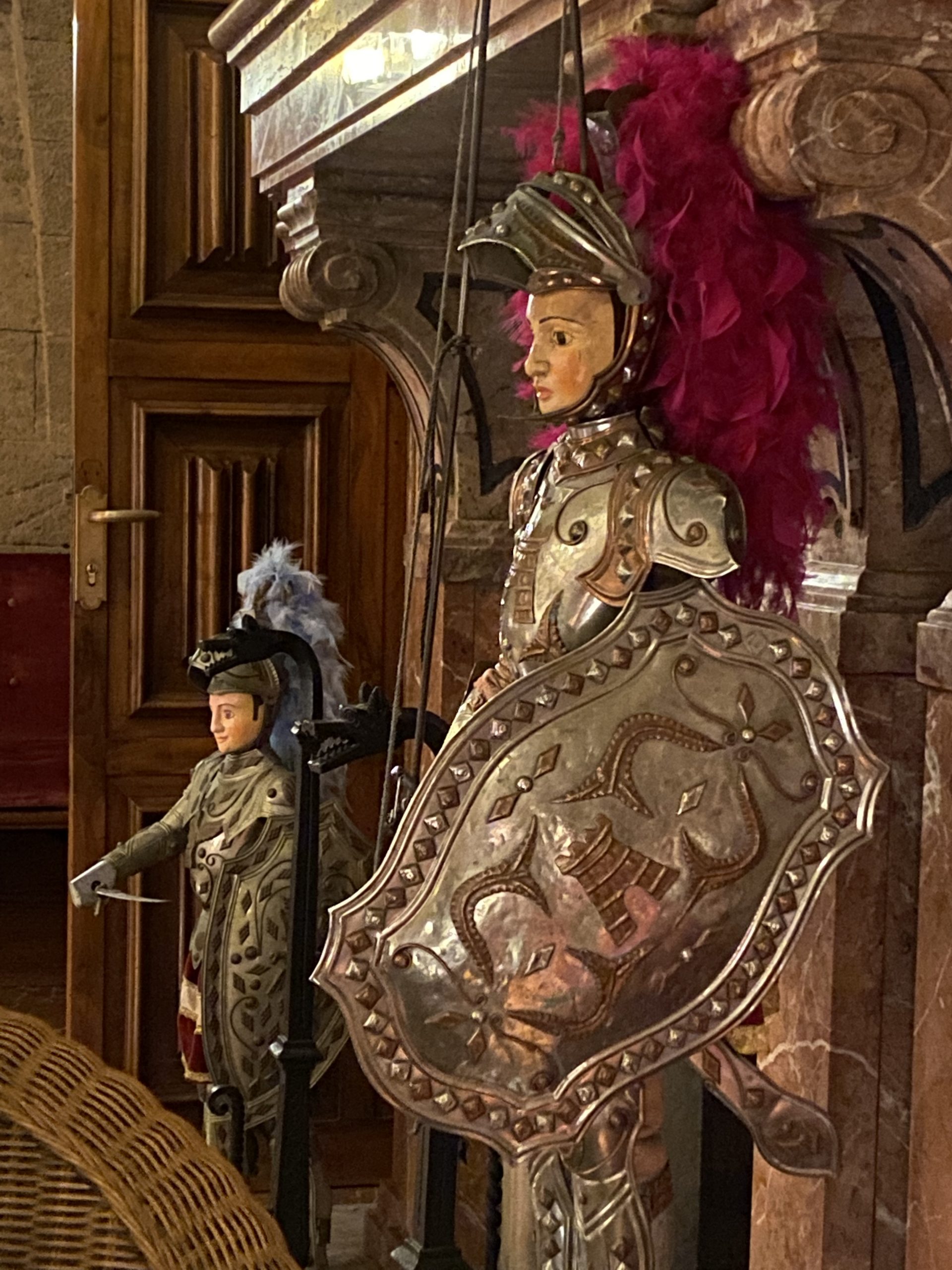 We’ve seen so many interesting marionettes in Sicily. 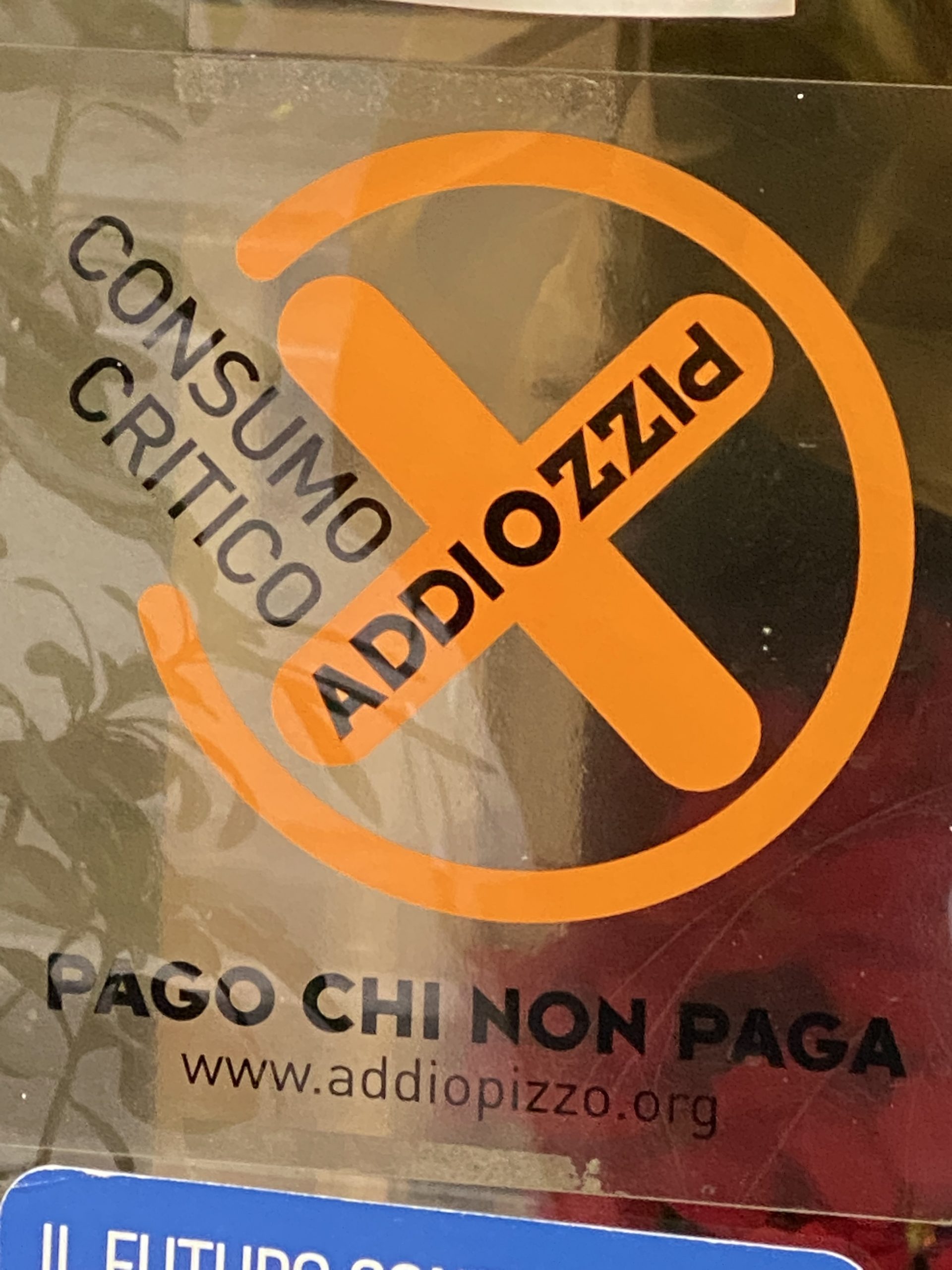 We saw many of these in shop windows in Palermo. This sticker tells shoppers that this business owner does not give in to Mafia demands. The business owners want shoppers to support them in this effort. 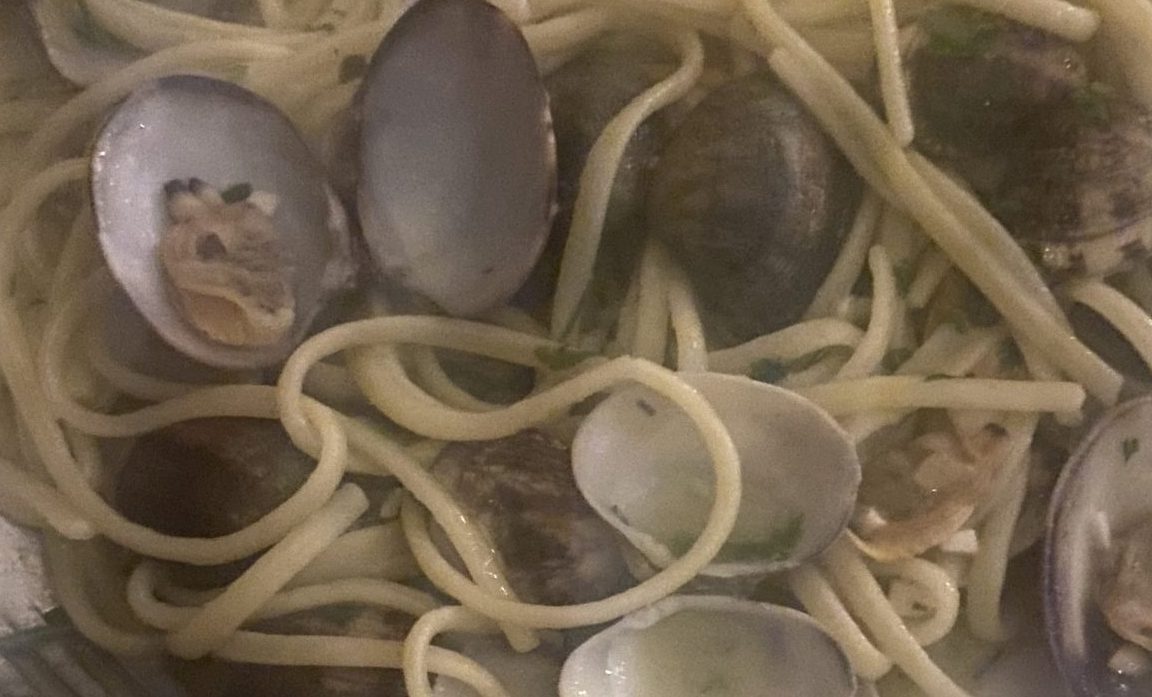 I shouldn’t get started on food, but must show you this lovely plate of spaghetti and clams. We have some memorable meals here. The seafood is incredible. 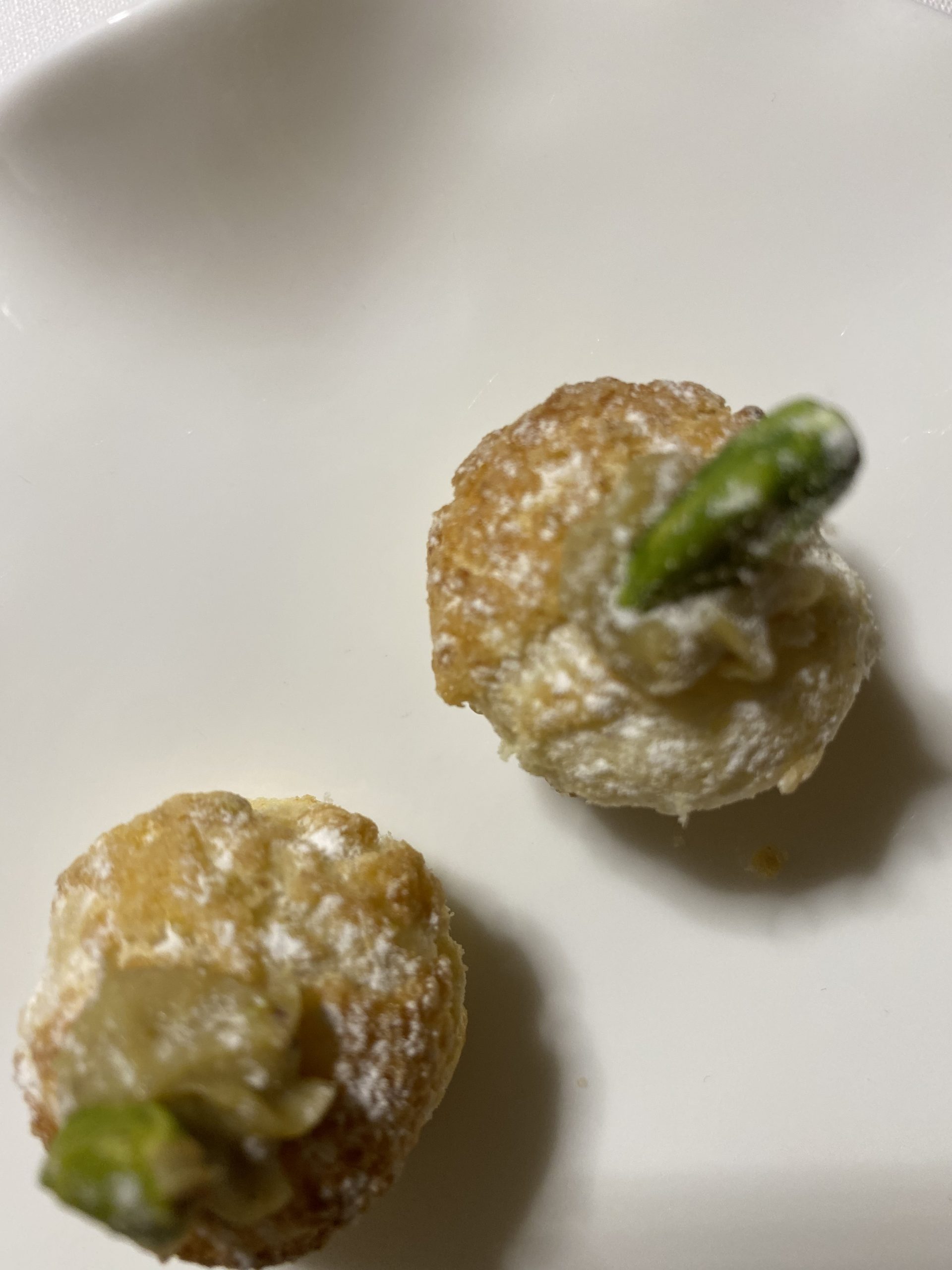 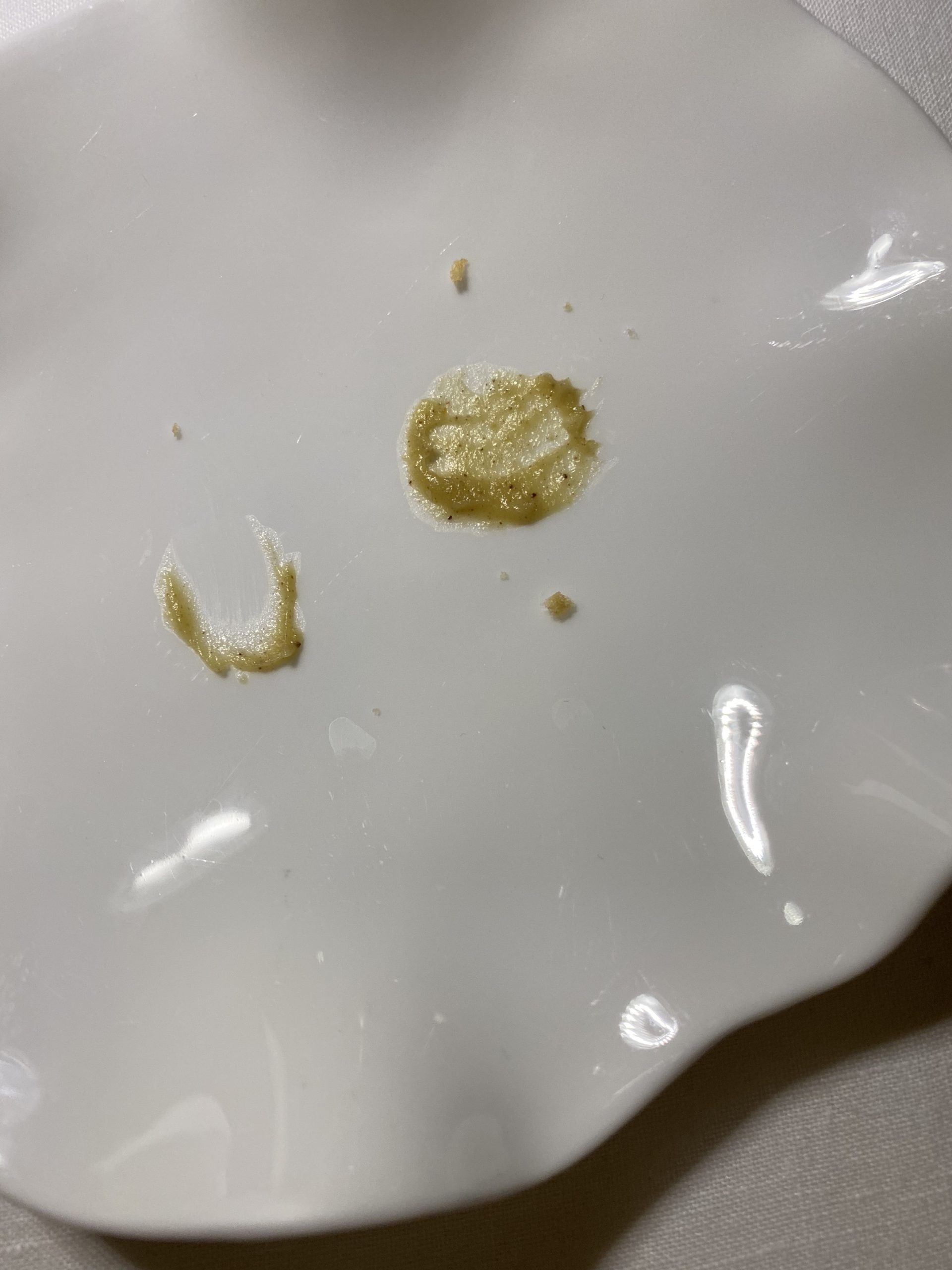