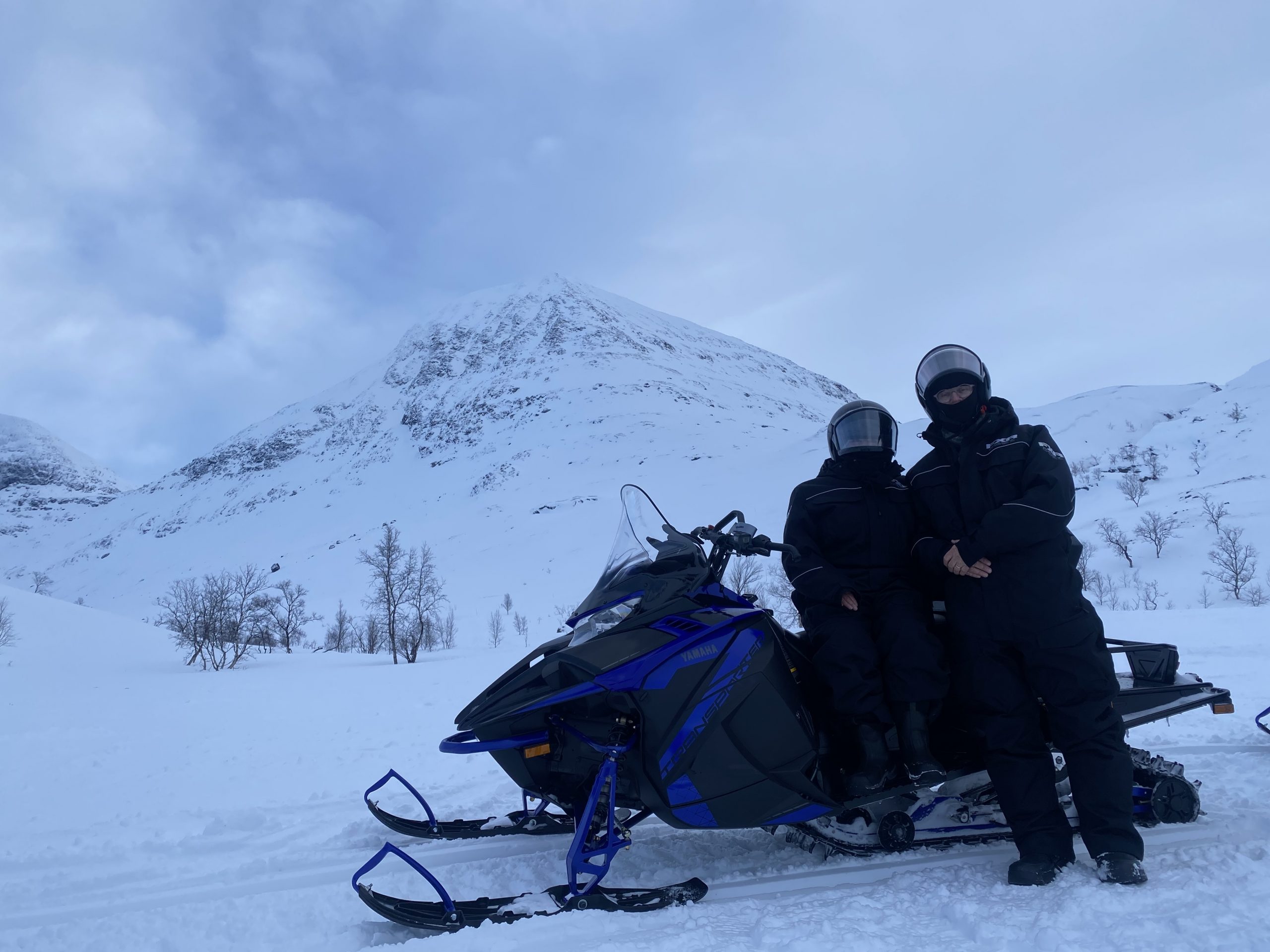 Yep, that’s exactly what he said to me, but I think he meant it in the nicest possible way. I was standing before Andreas, a tall, skinny twenty-something Swede working at Camp Tamok in Norway, about an hour and a half drive from Tromso. Andreas was tasked with helping us dress out for our snowmobiling adventure. There were thirteen of us from the possible five hundred onboard the Viking Venus who thought snowmobiling was a good idea the other day. Don’t know what that says about our judgement. Or about our fellow travelers’ judgement. According to my calculations, and please, don’t take this to the bank, but only 2.6% of the people from the ship thought this was something they should do on Thursday. But there we were.

Call me Snowmobiling Barbie. A chubby old Barbie. I was totally dressed out in my snowmobiling suit, my boots, my gloves, and I had my balaclava atop my noggin, so all I needed was the helmet. (The balaclava looks like something you would wear to knock off a 7-11, which is why I guess he thought I looked like a little criminal (or, as pronounced by my young Swedish friend – “lee-dle”). Soon everyone was outfitted and the next step was the instruction phase. Many in our group had previous experience driving snowmobiles. There weren’t many novices like the two of us. But operating the thing is pretty basic, and within ten minutes, we were in the saddle and heading out into the white abyss, Rick in the driver’s seat and me in the back seat. We all followed Andreas on the trail for about a half hour. A young Norwegian by the name of Marko brought up the rear. The view was like nothing we have ever experienced. The landscape was blanketed in several feet of snow; there were white mountains and white hills and bare brown trees and bare brown branches as far as the eye could see. Although snow clouds swirled around us, hardly any snow fell while we were at Camp Tamok. After about a half hour, we stopped for a break and to take some pictures. After our break, we switched drivers and headed back to the camp.

I really thought driving a snowmobile would be like driving a jet ski. Au contraire. Give me a jet ski anytime. Good thing I live on water and not on snow. But I concentrated and tried to remember all the lessons Andreas gave us. It worked just great for approximately three minutes. Then suddenly, with no warning, we were lying in the snow and I was regretting not having purchased the optional insurance for $15. Luckily, neither of us, nor the snowmobile, were injured. Also, since we were bringing up the rear of the group, my public humiliation was limited. Rick and another man or two righted the beast. I was too busy laughing, but that’s always my default position, n’est pas?

I had a “if you fall off the horse, you just gotta jump back on” moment. Not one to admit defeat so early, I got right back in the saddle and drove the beast back to the camp. I really didn’t care where I left it once we were in eyeshot of the camp. I hit the kill switch and told Andreas that he could “find it in the road.” Actually, it was just off to the side of the trail, so it wasn’t technically “in the road.” Plus, there aren’t any roads in Camp Tamok anyway. Being of a certain age, Andreas replied with a mellow “no worries.” Since I am of a certain age, (but nowhere near the age of Andreas), believe me when I say that I truly had no worries when I walked away from it. But I feigned a slight bit of concern for a minute.

So, would we do it again, you might ask. The answer is a resounding, “Not a chance!” It was fun, but like many things you do in life, once is enough. But without a doubt, we saw some stunning landscapes and met some fun people and ate some really good reindeer soup that we would have missed otherwise, so yes, it was a day well spent. Any day outside is a good day. 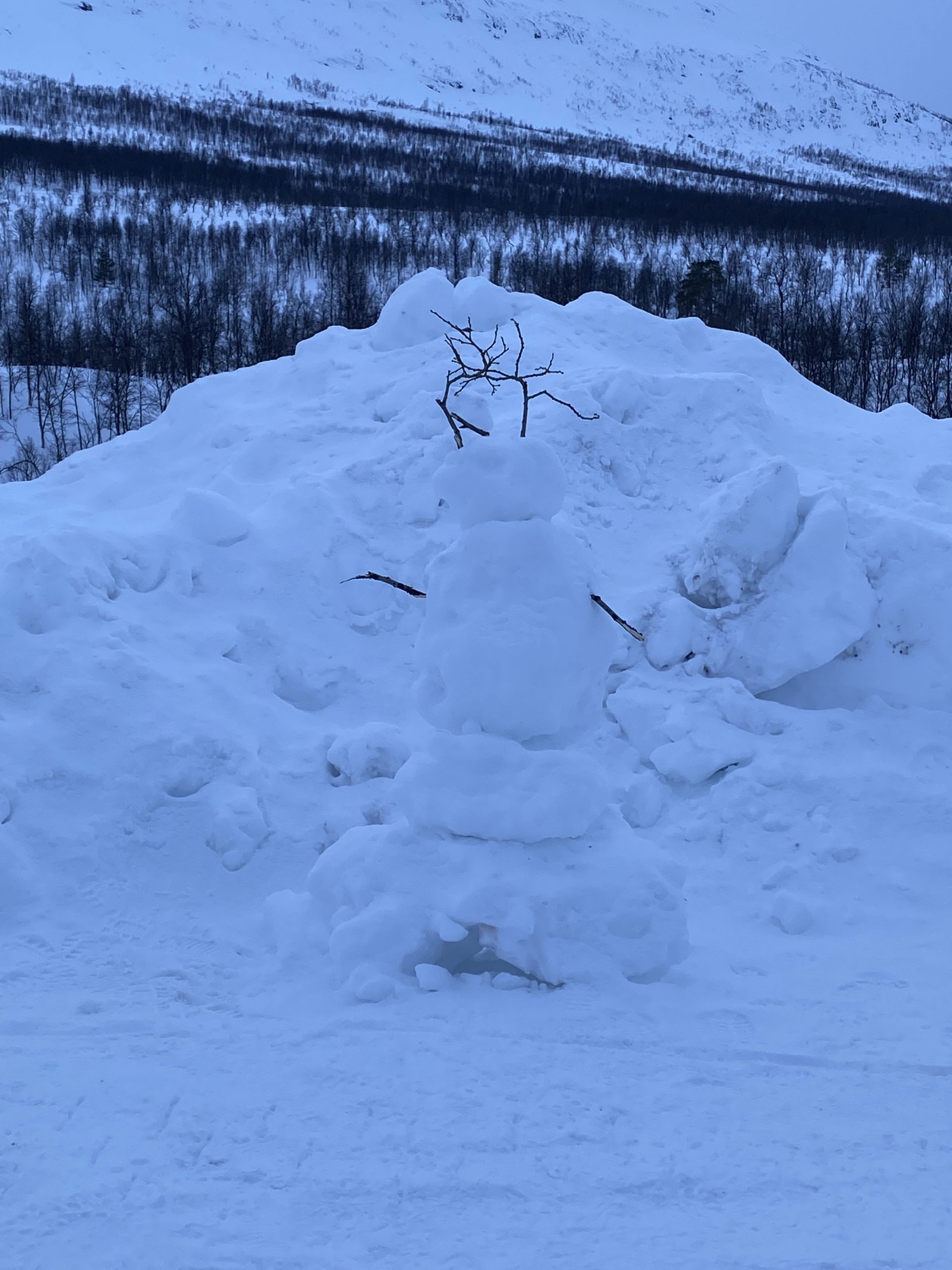 This is the only snowman I saw in Norway and it looks like a half-hearted attempt. I guess they’ve been “over” snowman building for many centuries here. 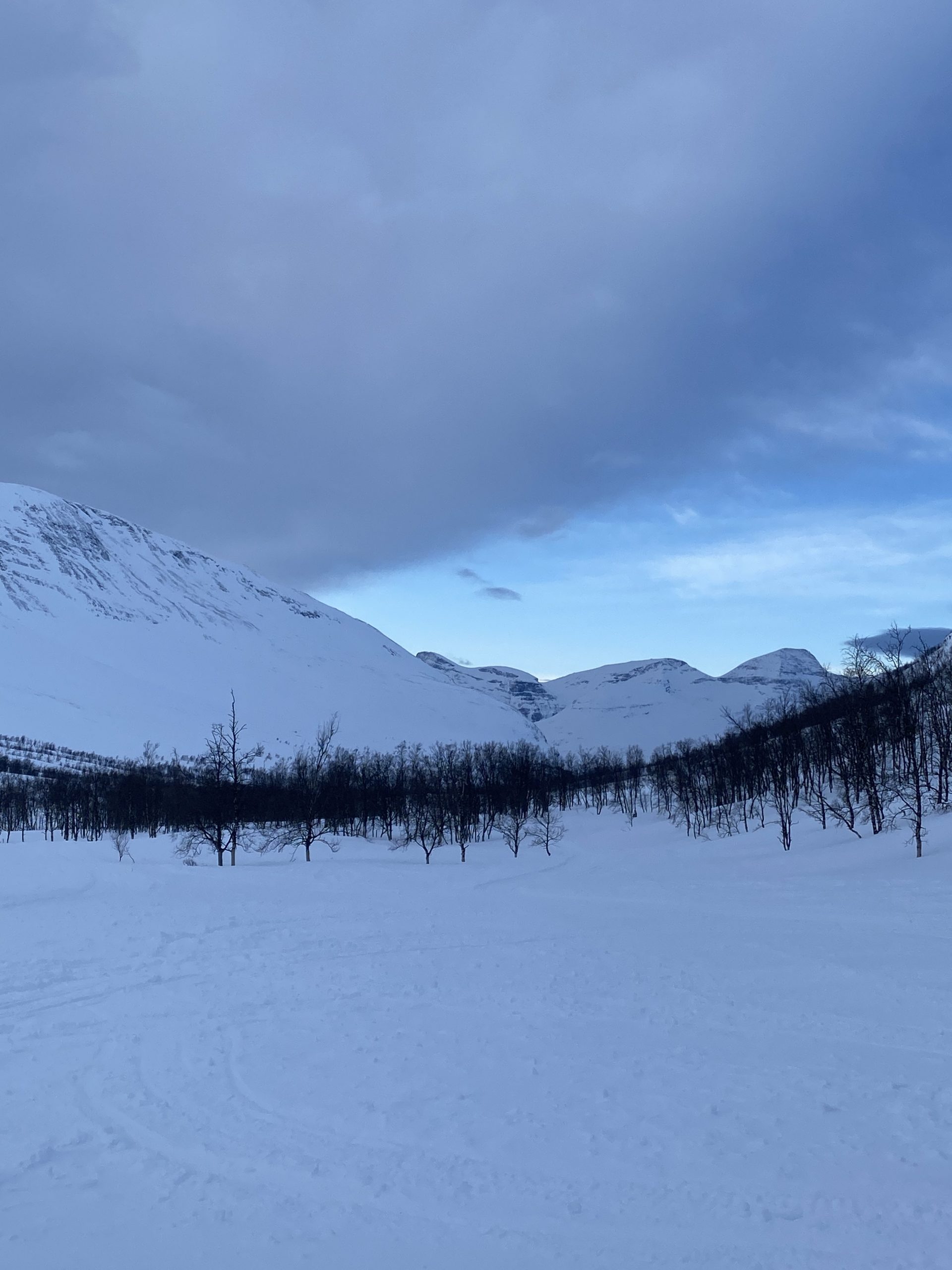