Tales of Two Cities: Princes and Paupers at Play 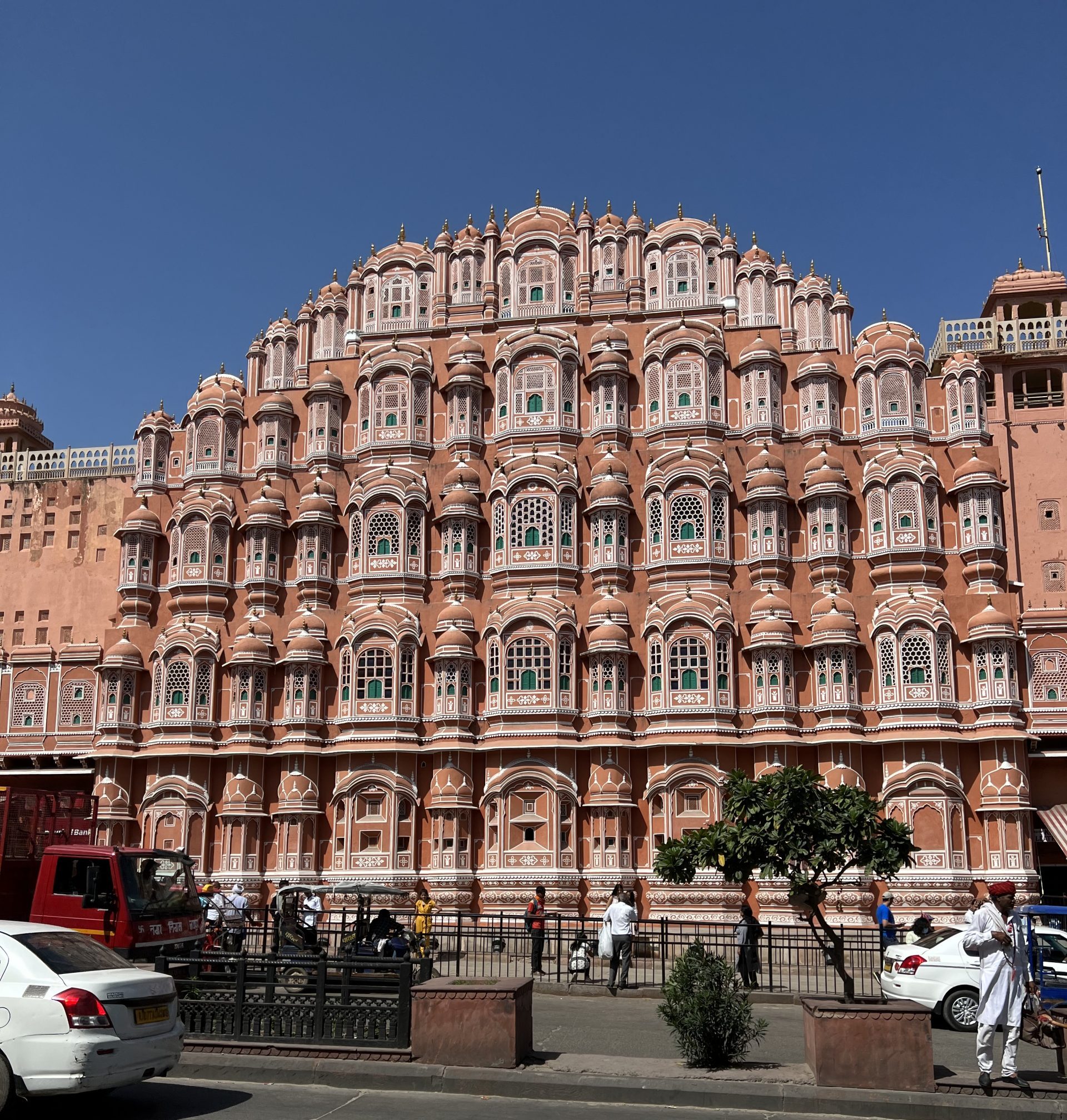 Hawa Mahal, the palace of the Divine Maharajah of Jaipur, Padmanabh Singh.

The skies above Jaipur are sometimes battle zones. Colorful battles. It’s just one reason Rajasthan is generally acknowledged to be India’s most colorful state. Children often rush home from school and climb to the rooftops of their homes for kite fights. They use kite string that cuts the strings of other kites. The people of the “Pink City” (it’s more ochre than pink) are crazy for kites and kite fights. There are shops selling kites and kite paraphernalia. There are kites in all shapes, sizes, and colors and they come in all price ranges.

The citizens of Jaipur celebrate the kite with an International Kite Festival every January 14. It’s actually a government holiday and is probably one of the most colorful festivals in the most colorful state in a most colorful country. Everyone gets into the spirit. As with any holiday in any city, preparations include party food and drink. There are parties everywhere; dancing and music add to the festive mood across the city. All over town, people are on their verandas, roofs, terraces, or balconies. The town’s polo field becomes a huge kite flying venue and there are all sorts of competitions. There are areas for flying kite just for the sheer enjoyment and there are areas where people can go to participate in kite wars. When a kite is cut, there is a loud cry of “Woh kata!” (I don’t know what that means and I apologize if it is profane.) When darkness falls, the kites come down and lanterns go up. It must be a sight to behold.

Jodhpur, the “Blue City,” is just under one hundred eighty miles from Jaipur, but is known for another sport: polo. Well, maybe it’s not known so much for polo as it is for polo attire. Polo has been the sport of royalty since medieval times; it is the sport of kings. (We’ve all seen pictures of King Charles III perched atop a polo pony, right?) Way back near the end of the nineteenth century, the Maharajah of Jodhpur had a son who was an avid polo player. He had his trousers designed and tailored just for him. The first pair was made in 1890 of thick cotton twill. They were snug in the calf and flared through the hips and thighs to make movement easier in the saddle. Also the inner calf and knee had a layer of reinforcing fabric to minimize rubbing. This young man brought his entire polo team to London when the Brits were celebrating Queen Victoria’s Diamond Jubilee and the team wowed the polo crowd with their skill as well as their attire. The British soon adapted their polo apparel to include the flared thigh but not the tapered calf, because the Brits wore knee-high boots at that time, and the Indians wore ankle boots. Nonetheless, the style of riding trousers became known as jodhpurs and the term endures to this day. Through the years, couture lines of clothing such as Coco Chanel have brought the “jodhpur look” back in some fashion as styles come and go. It may appeal to the horsey set, but I don’t think most women want to sport that flared look in the hips and thighs day-to-day. But they still have their place at the paddock.

Can’t say the same for that other article of Indian clothing, the Nehru jacket. True, you may still see them at formal occasions in India. (Just for the record, it has been noted that Jawaharal Nehru never wore the eponymous jacket.) If paired with jodhpurs, that would be a classic unfortunate double whammy, in my humble opinion. I thought Nehru jackets had been MIA in the rest of the world for decades but you can still get one overnight on Amazon. However, that doesn’t mean you should. 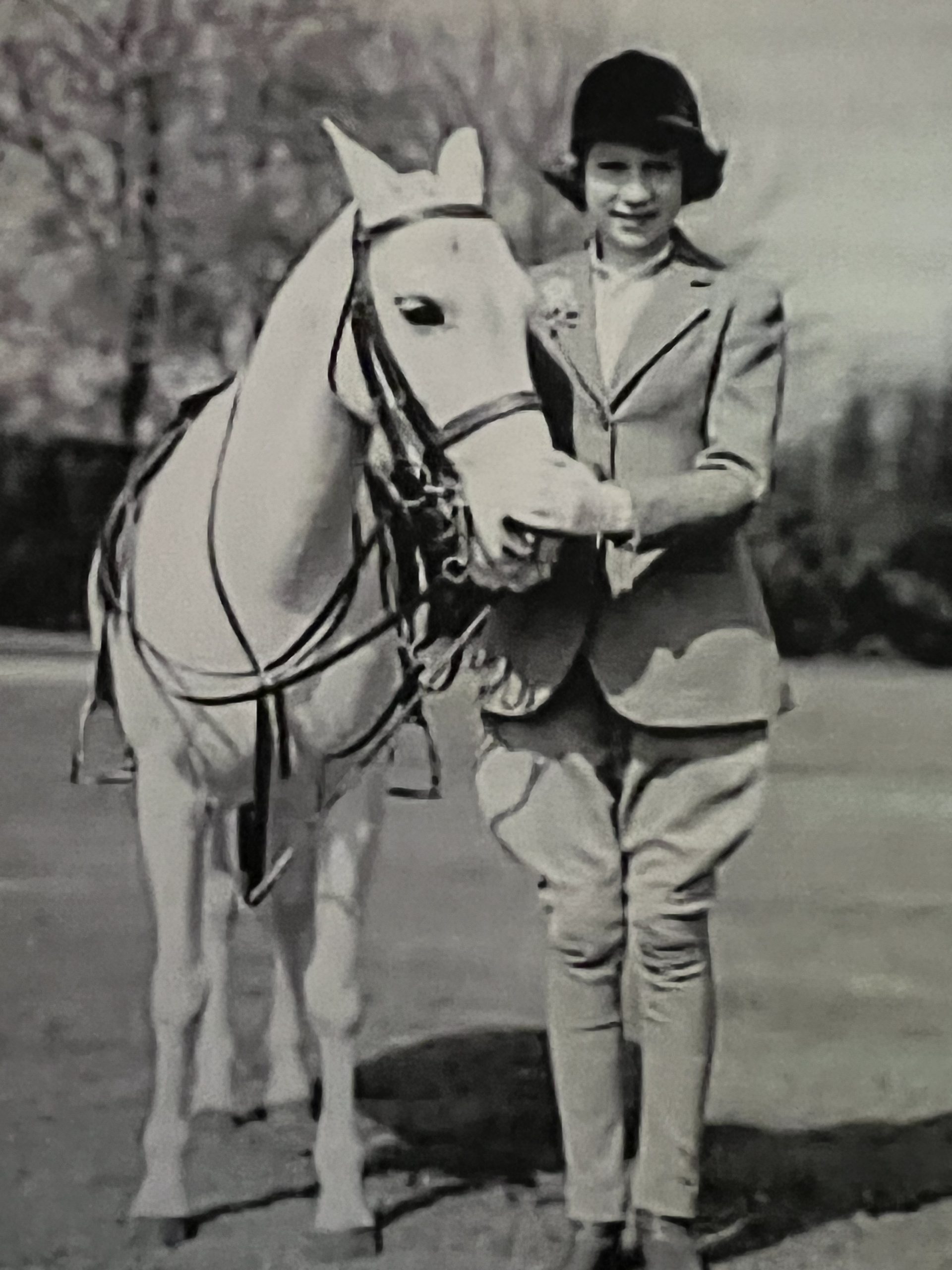 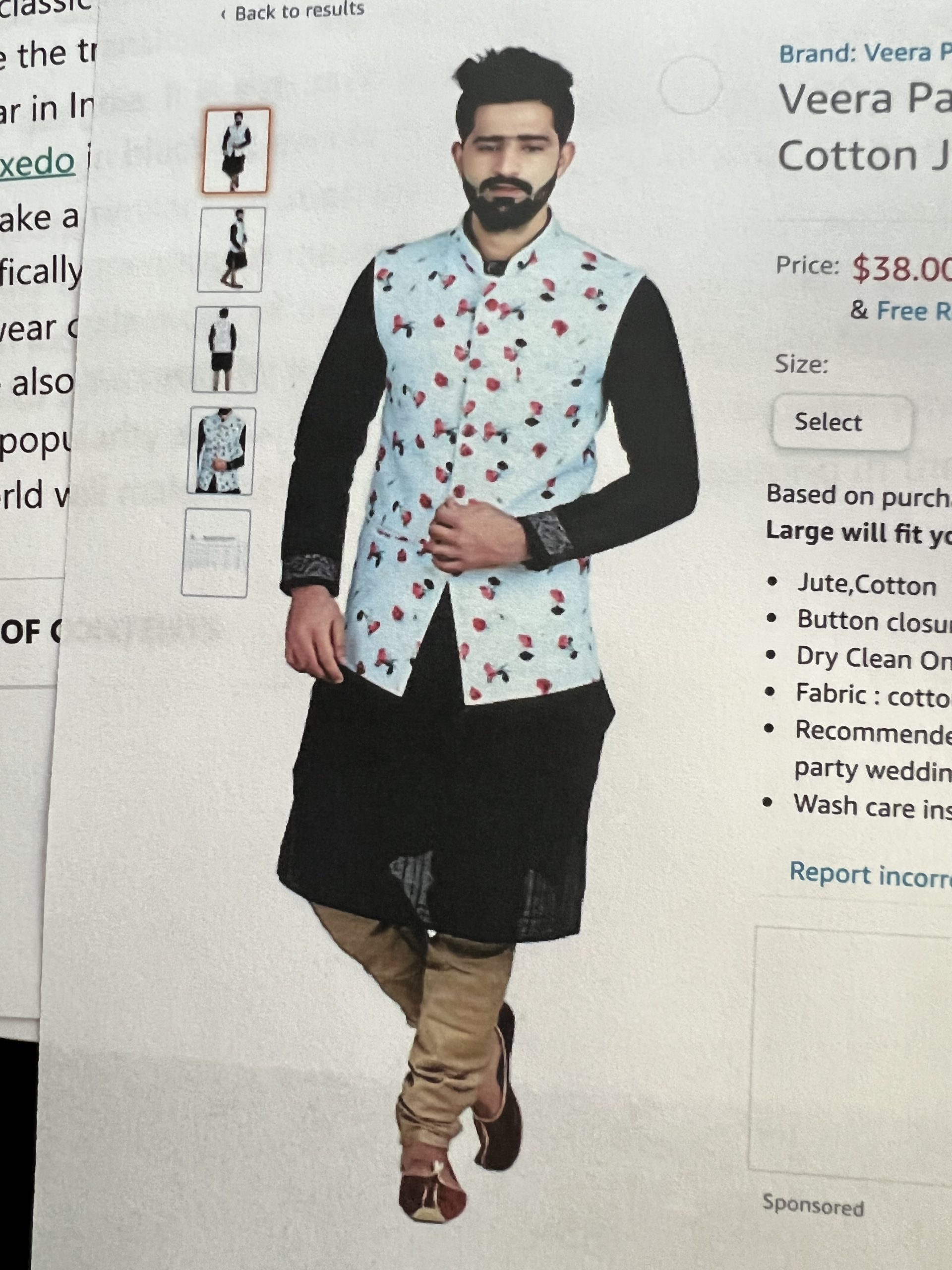 Just don’t. Please don’t order this, even if the shipping is fast and free.