Our guide for the first week in India was a wonderful man named Yogesh, or “Yogi,” as we called him. He told us that you need three good things to drive in India. Those three things, he said, are 1) good horn, 2) good brakes, and 3) good luck. A week or so in India removes any doubts you may have as to whether or not this is true. But I would add a fourth thing: good nerves.

To Indians, a gap between two people or two vehicles needs to be filled and they never pass up the chance to fill that space. Nobody takes offense when someone squeezes in, but since I don’t understand the language, I can only go on what I see, but no one looks like they are ready to road-rage. In fact, many vehicles have “BLOW HORN” printed on the back which tells would-be passers to honk the horn so they will know someone is coming in to fill a gap. Sometimes that gap is just a tiny space that a car wants to fill between a wall and a motorcycle. Sometimes a truck is trying to squeeze between two rickshaws. That’s just part of life in a country with a population north of 1.4 billion people.

But what amazes me is the traffic you encounter on the roadways of India. Cars and motorcycles share the road with camels, elephants, tuk-tuks, and all manner of moving objects. I will share some of the sights we have seen while traveling around this week. There were some missed shots so you will just have to take my word for this, but we saw pigs, goats, water buffaloes, busses, and bikes all laden with people and products along the roads. Believe it or not, we only saw one accident and it didn’t look too serious.

There is one more thing I can’t resist telling. On our first morning in Delhi, we were sitting at a stoplight when we looked up to see about six men carrying a shrouded corpse across the intersection. We were too stunned to take a picture. This is one thing I never expected to see, even in India! 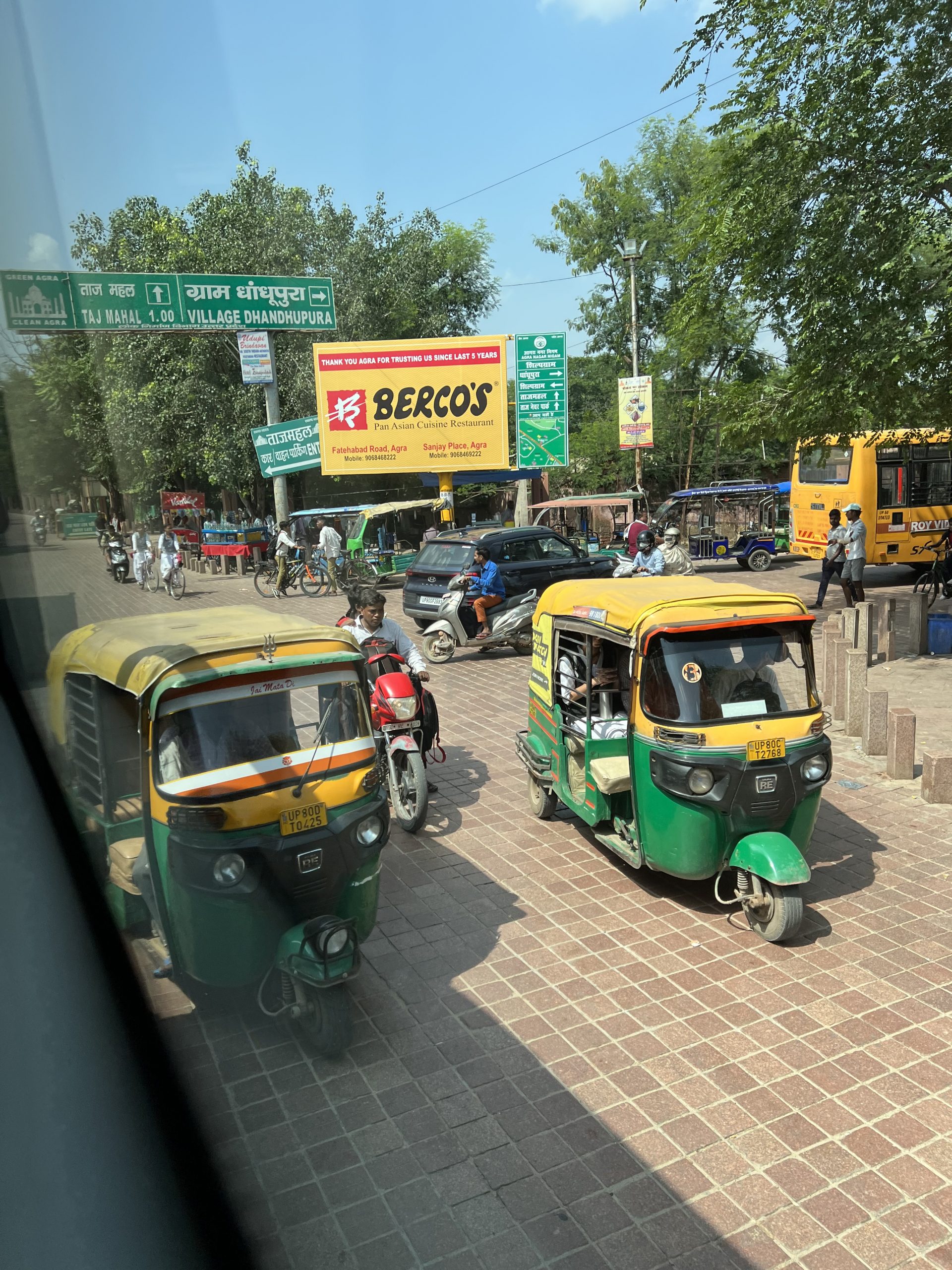 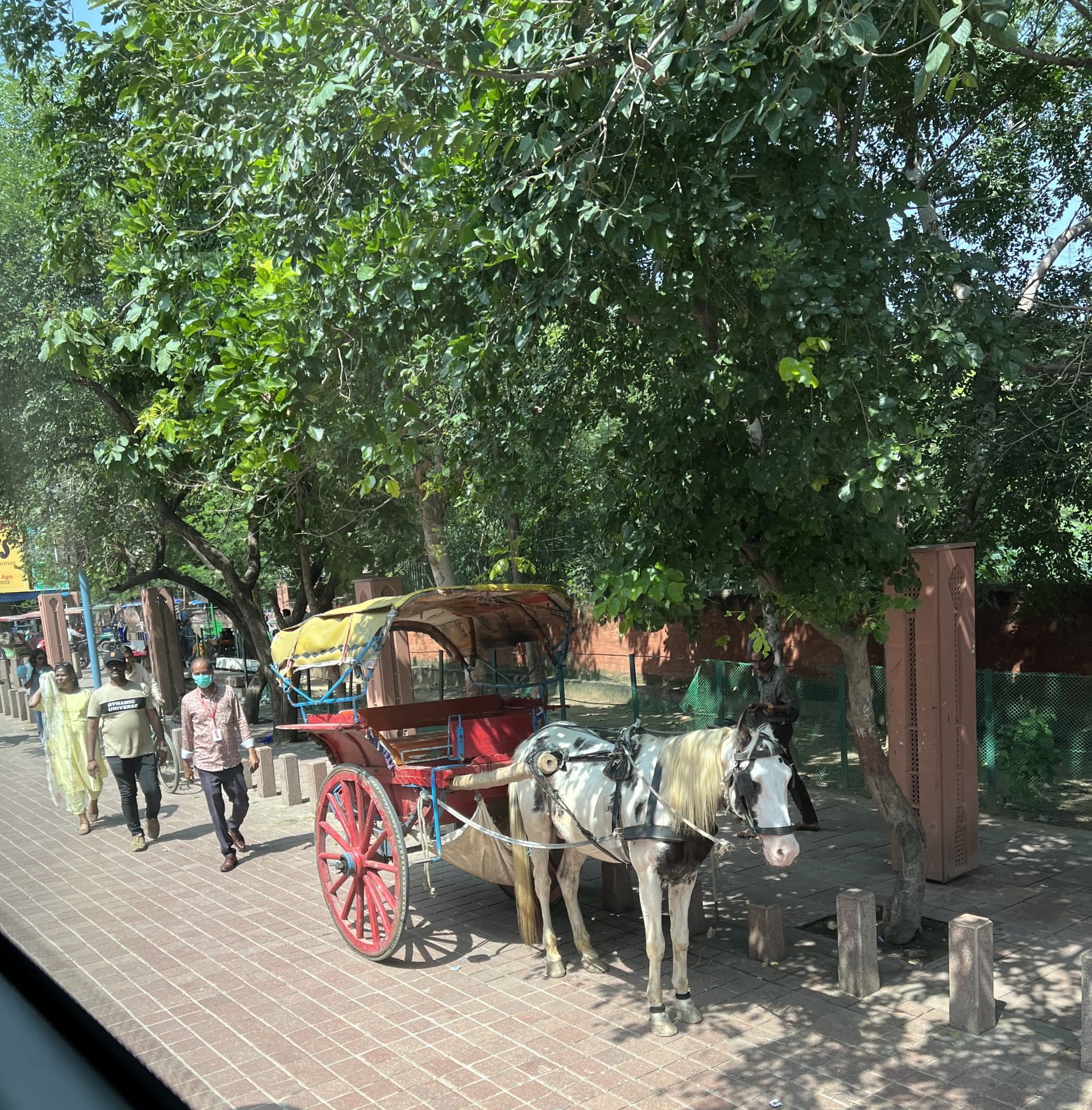 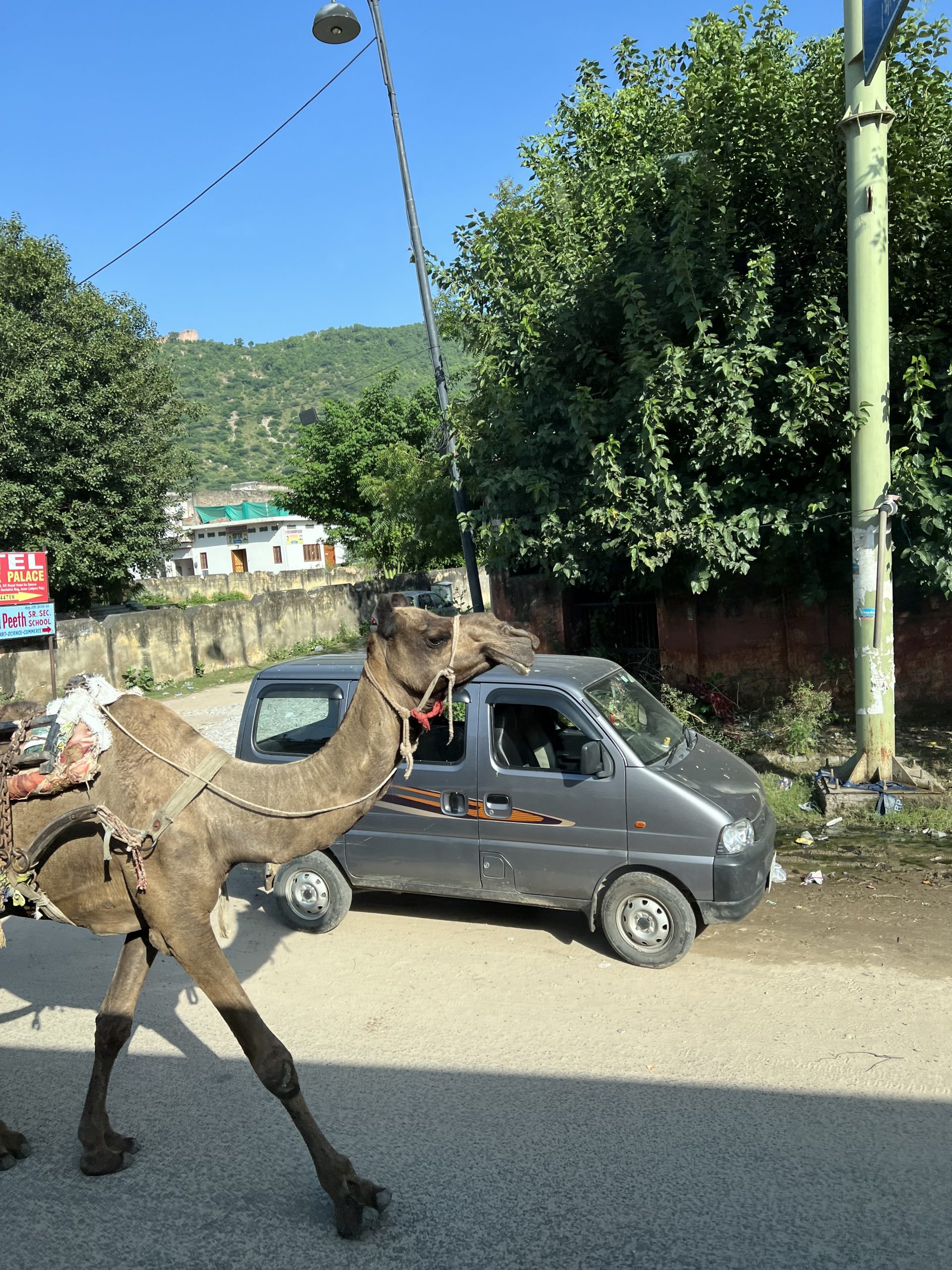 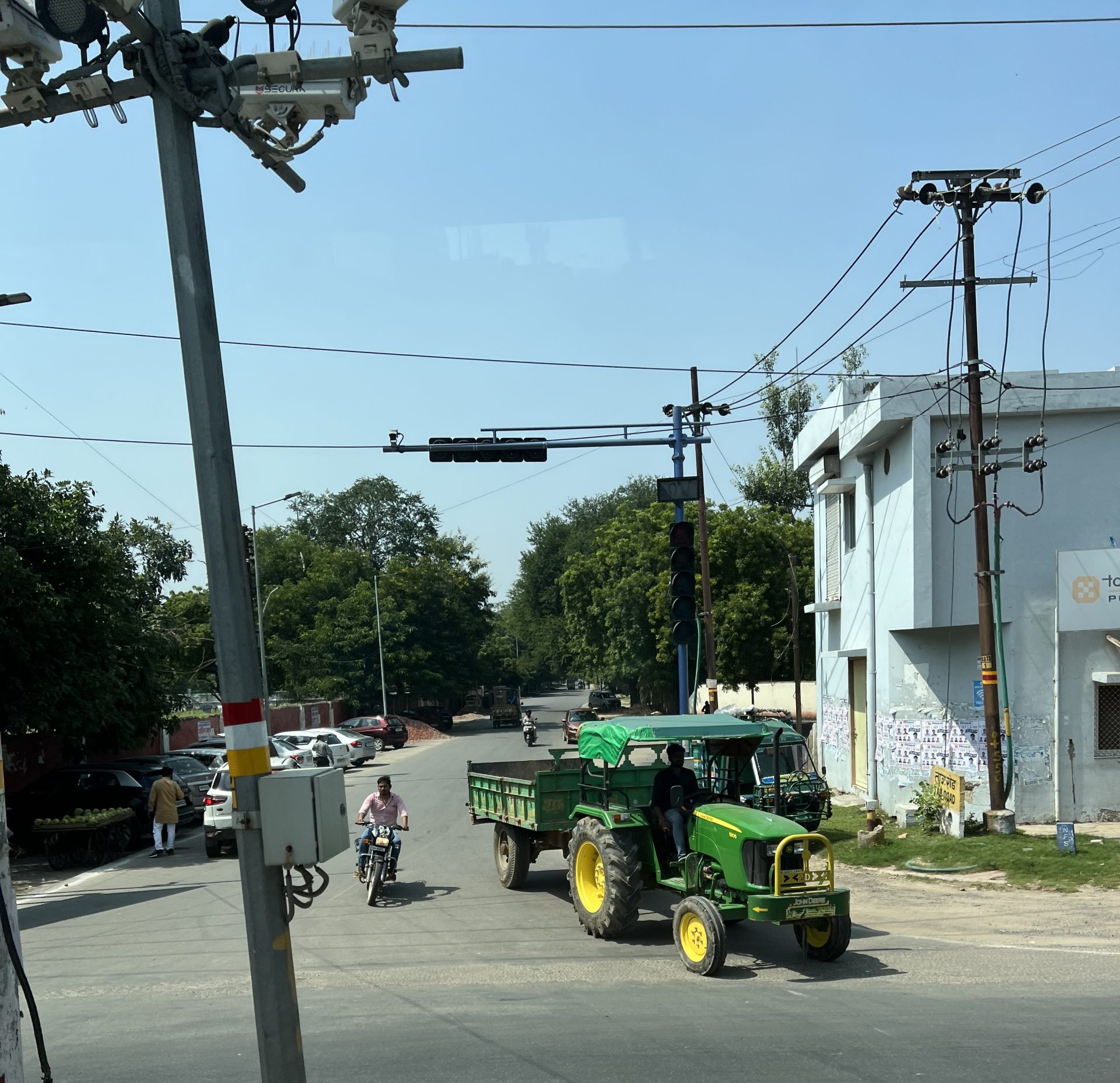 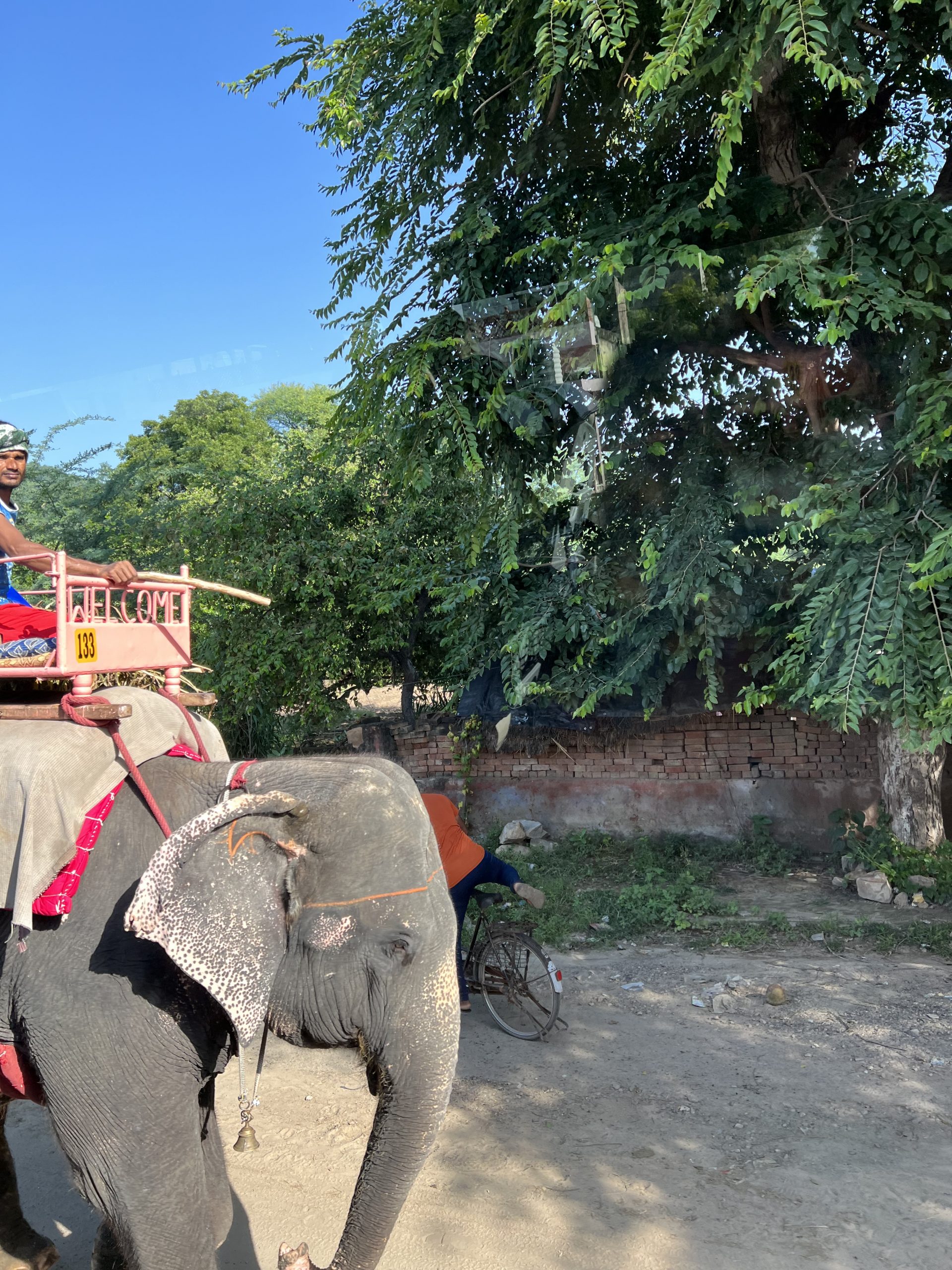 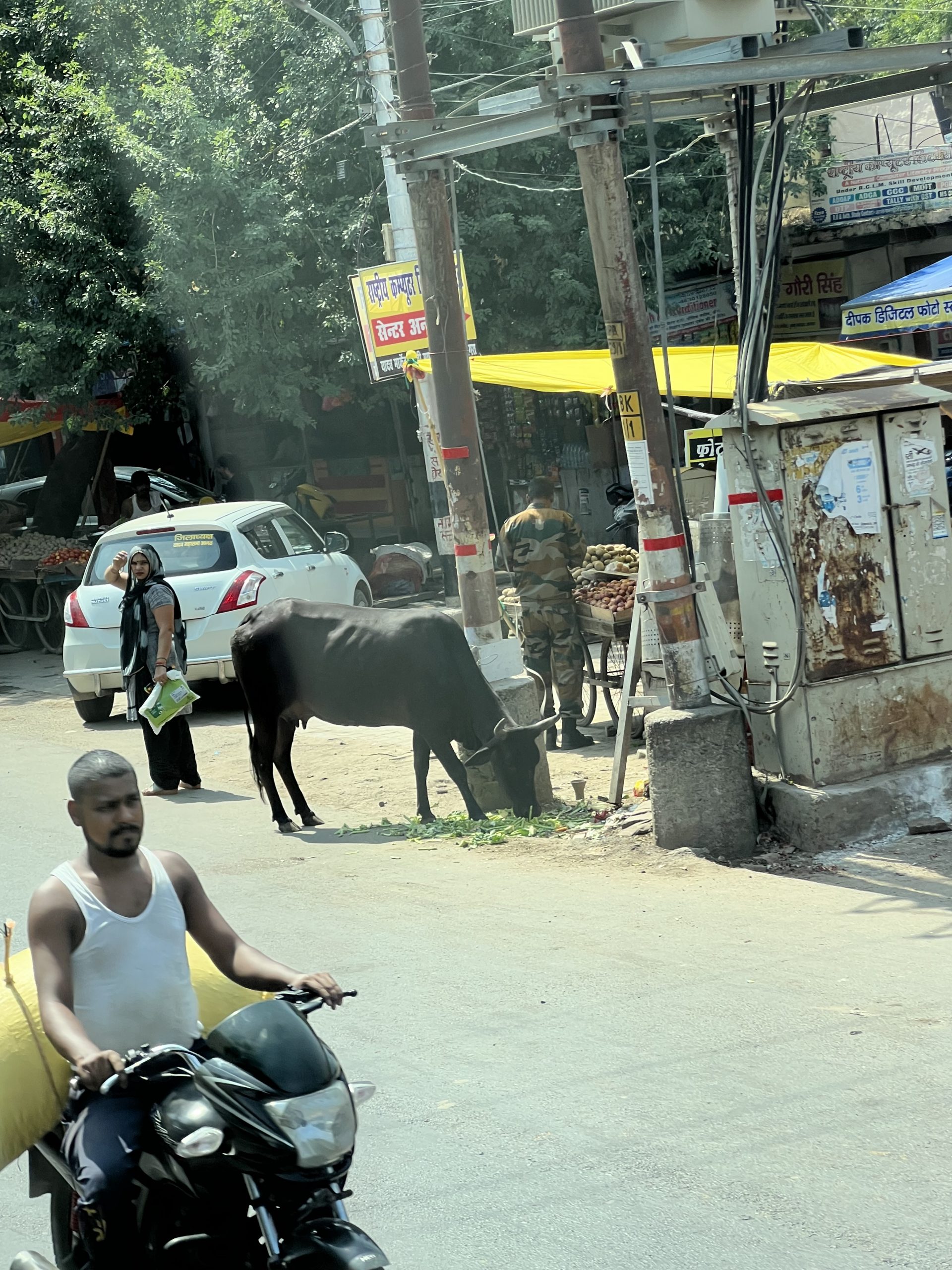 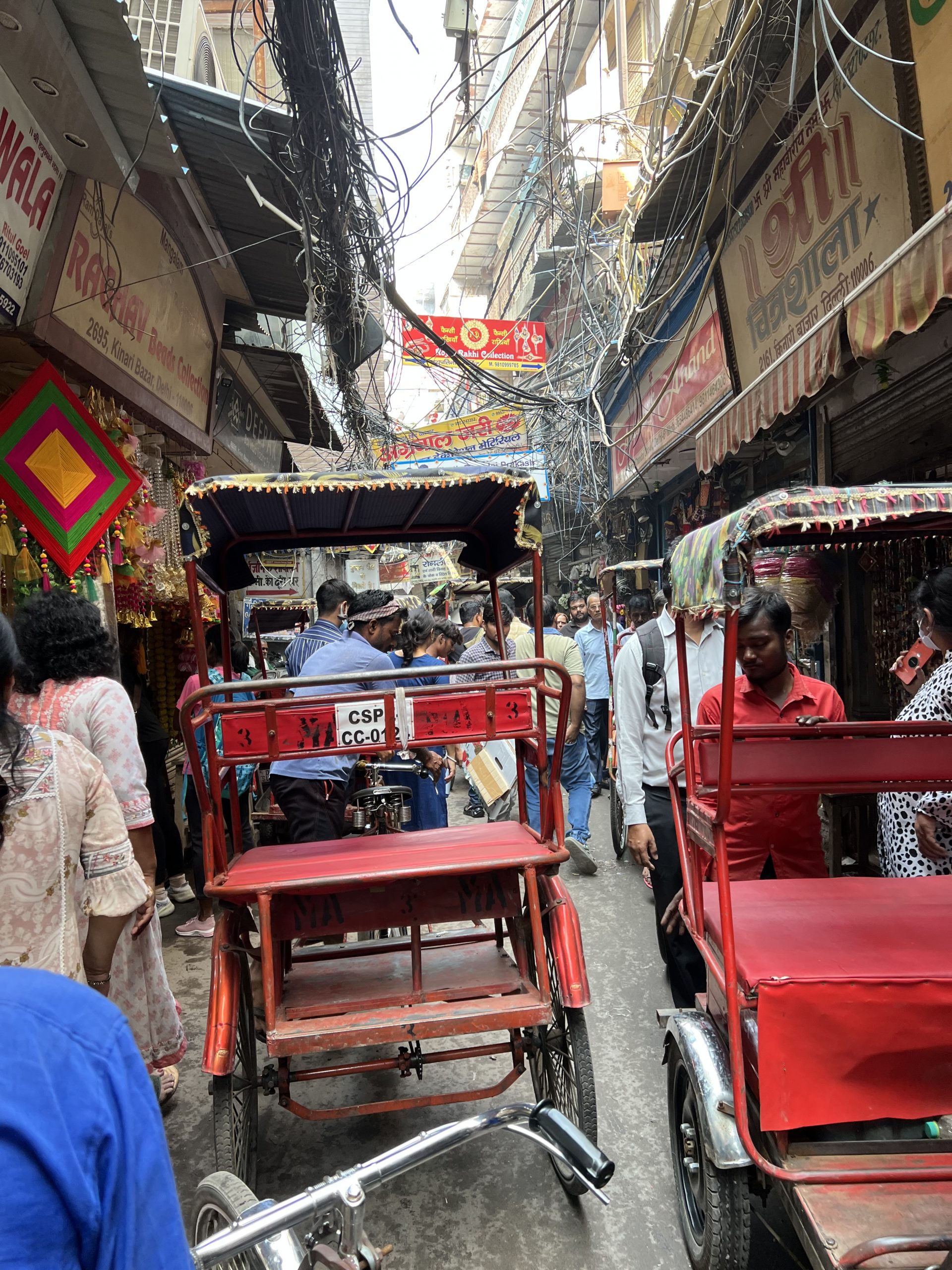 Check out the wiring. Probably not up to code. 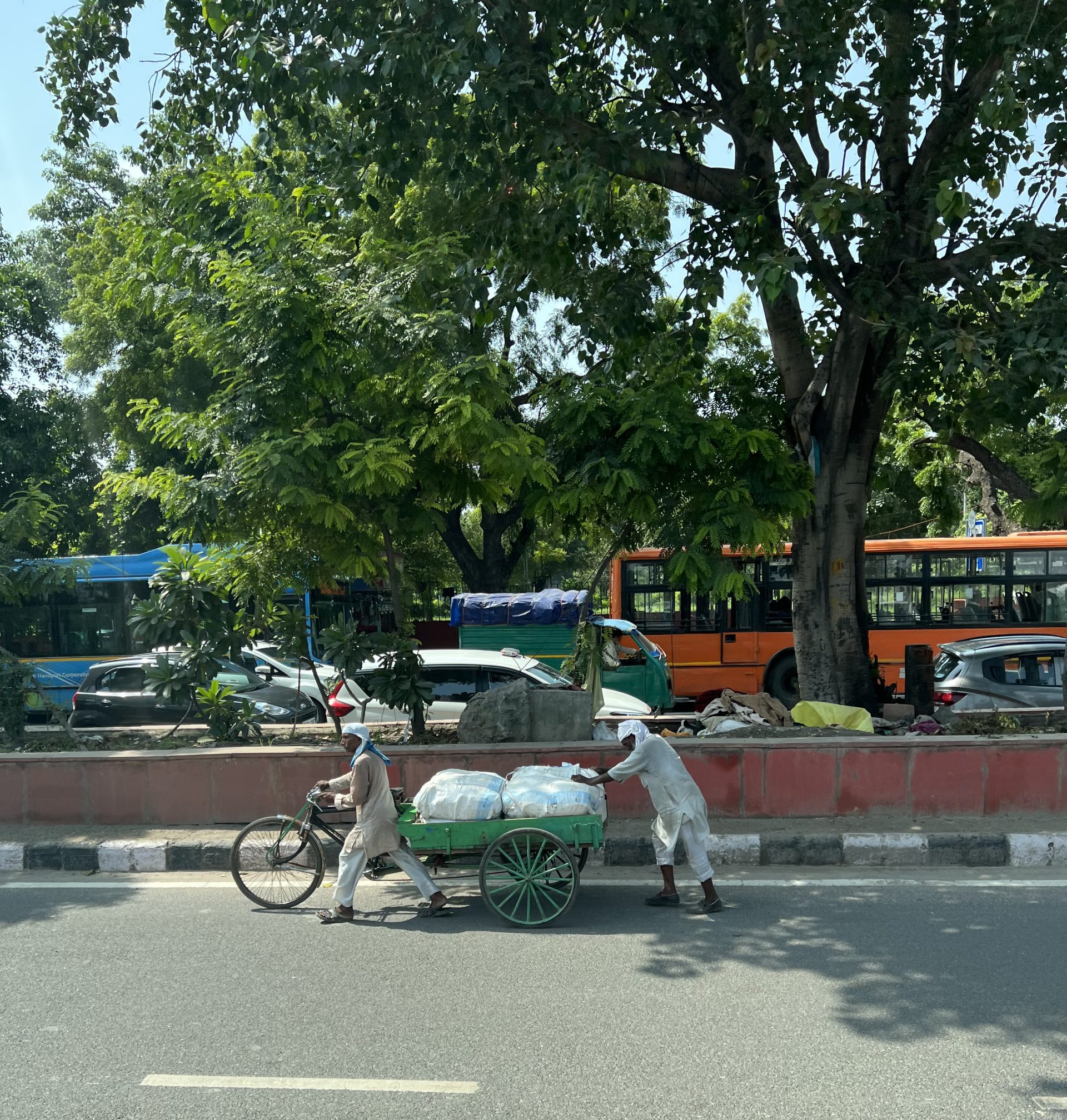 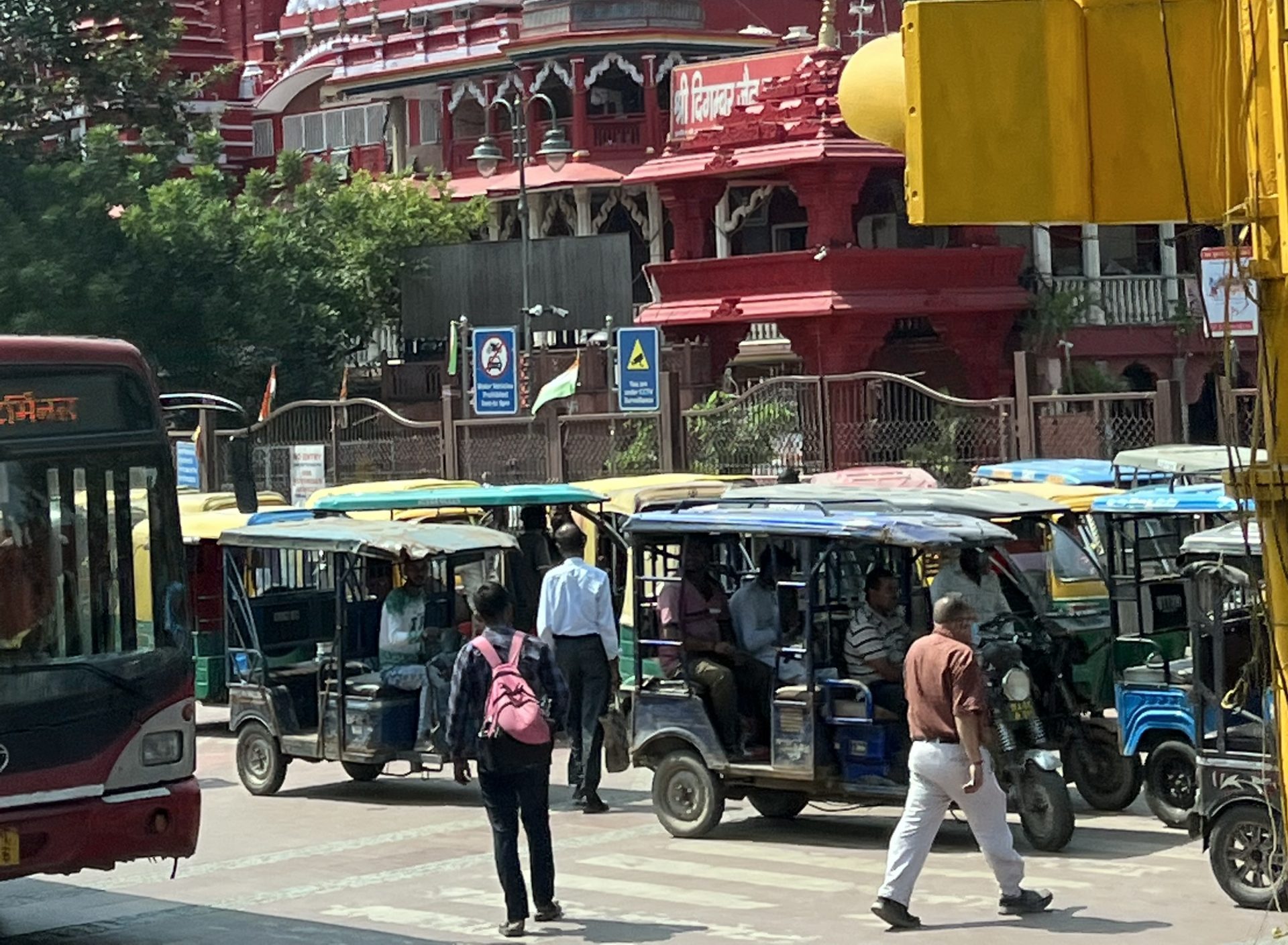 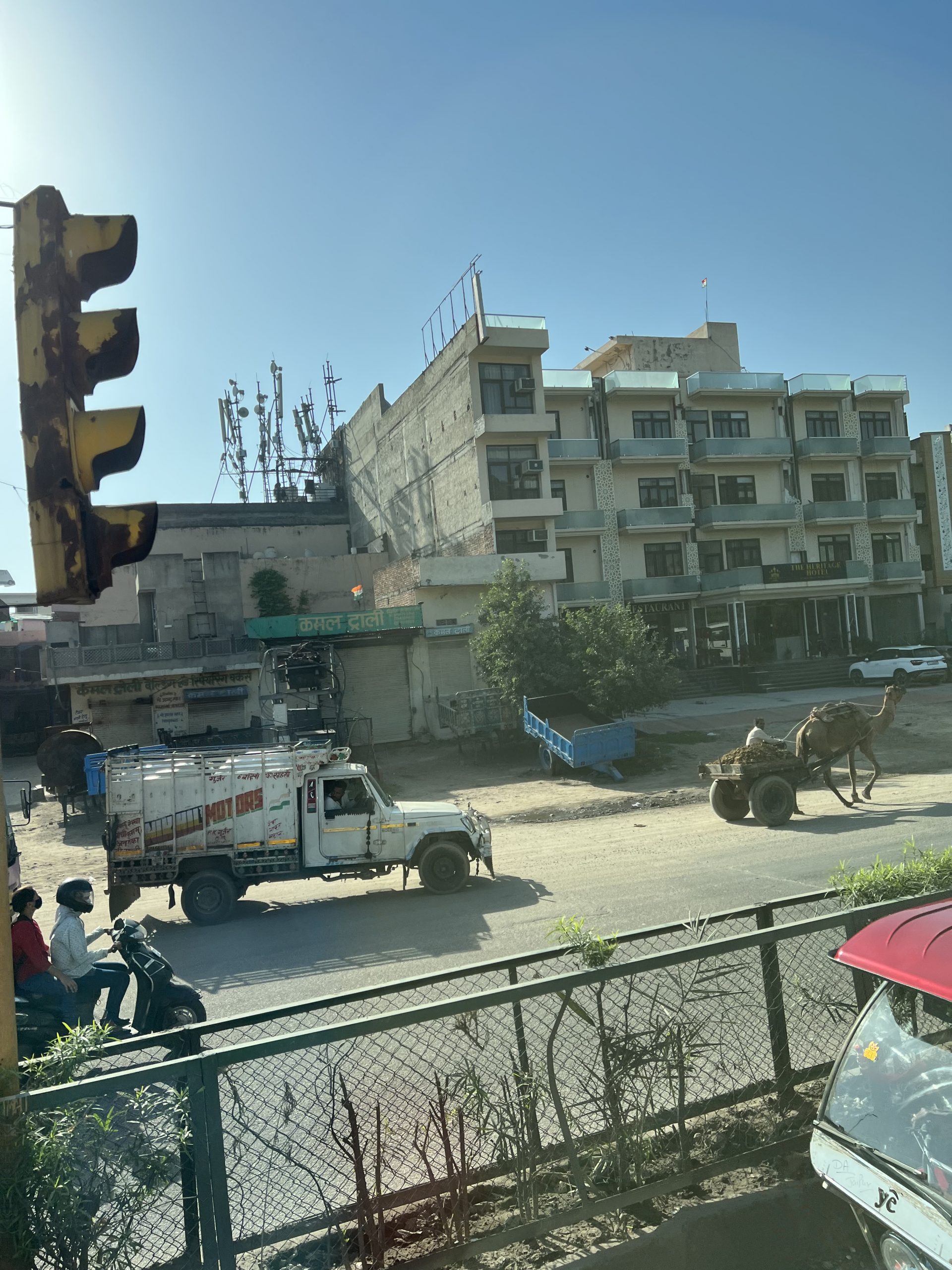 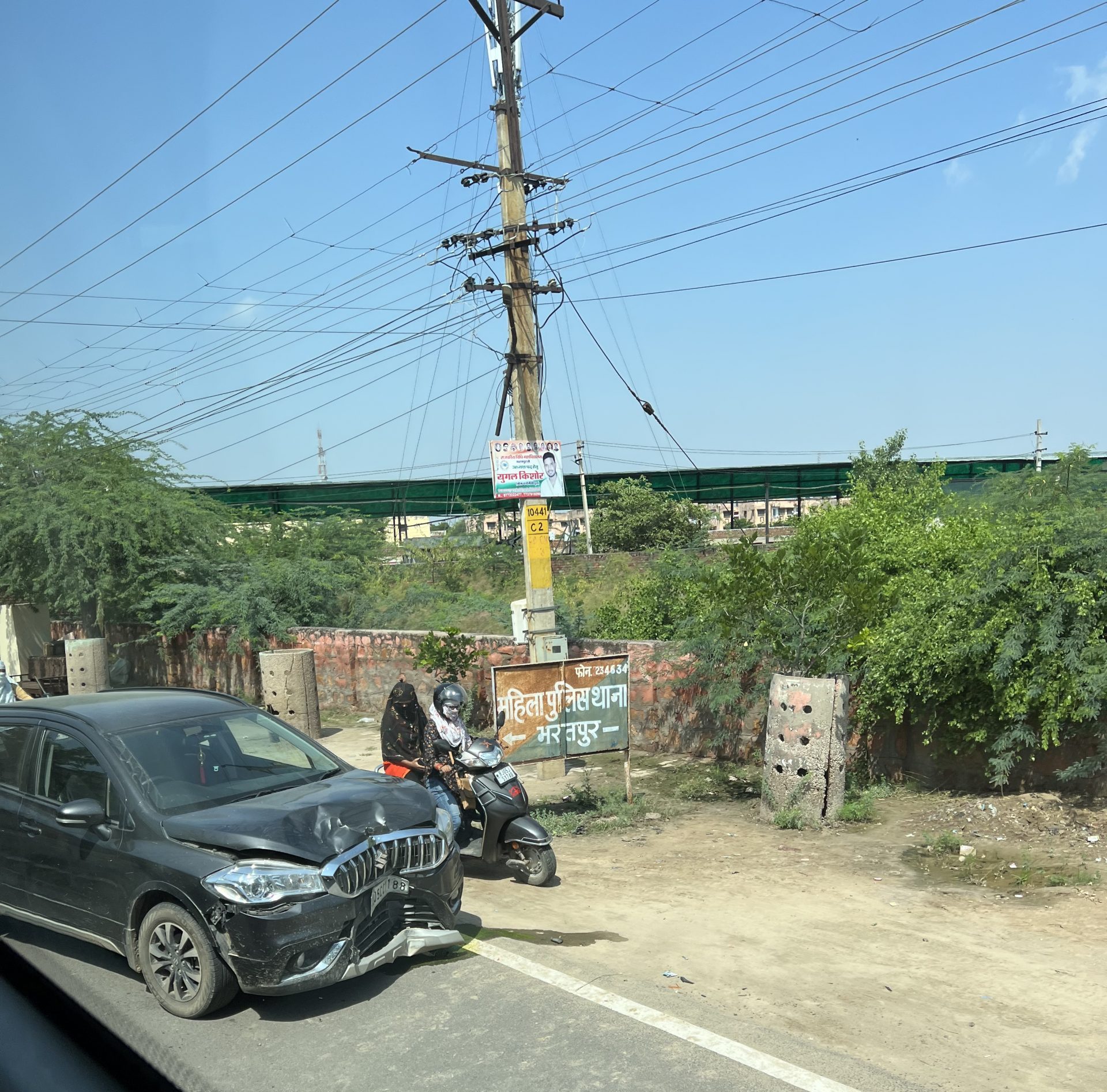 The only accident we saw!