Hinduism, Islam, Christianity, Buddhism, Judaism, Jainism, Sikhism, Zoroastrianism. Those are just the main eight religions of India. Roughly, here is the breakdown: 80% Hindu, 14% Muslim, 6% the remaining six. There are also subsects, but we won’t go there in this post.

I had every intention of taking a deep dive into the ocean of Indian religions. I wanted to understand them so that when we visited some of the holy sites, I would have a basic grasp of the beliefs of the faithful. I also wanted to be able to give a thumbnail sketch here. Sadly, it resulted in a belly flop. It only took a few internet queries to realize that I was in way over my head. Much too much to wade through in a short amount of time. The truth is that I am not even going to get my feet wet. But that doesn’t mean that I can’t share pictures of some of the places of worship that we’ve seen here. By the way, it is also important to point out that all these diverse religions get along swimmingly, at least from what we could see. If you decide to dive into the myriad religions of India, just beware of the undertow. 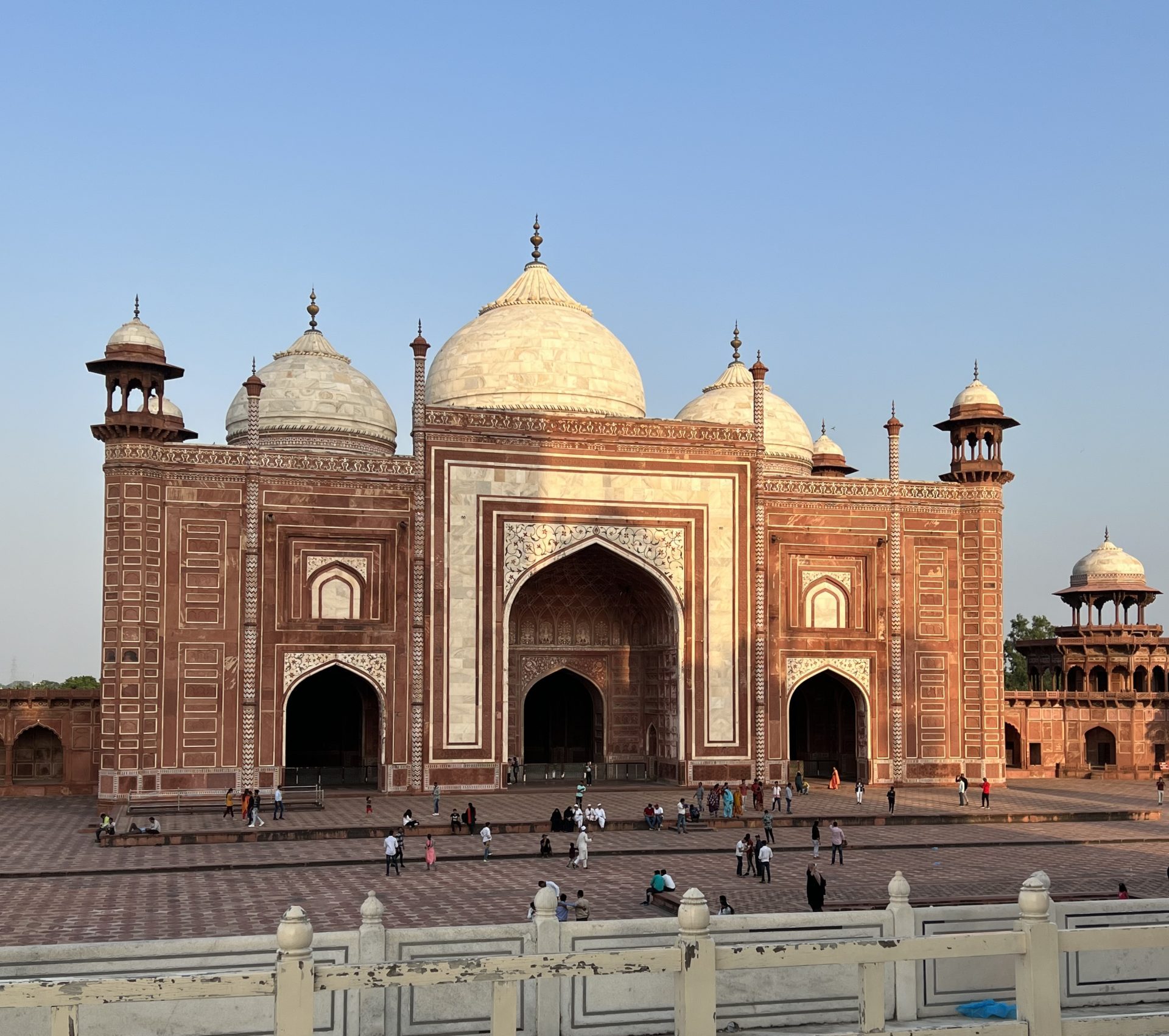 Mosque beside the Taj Mahal. 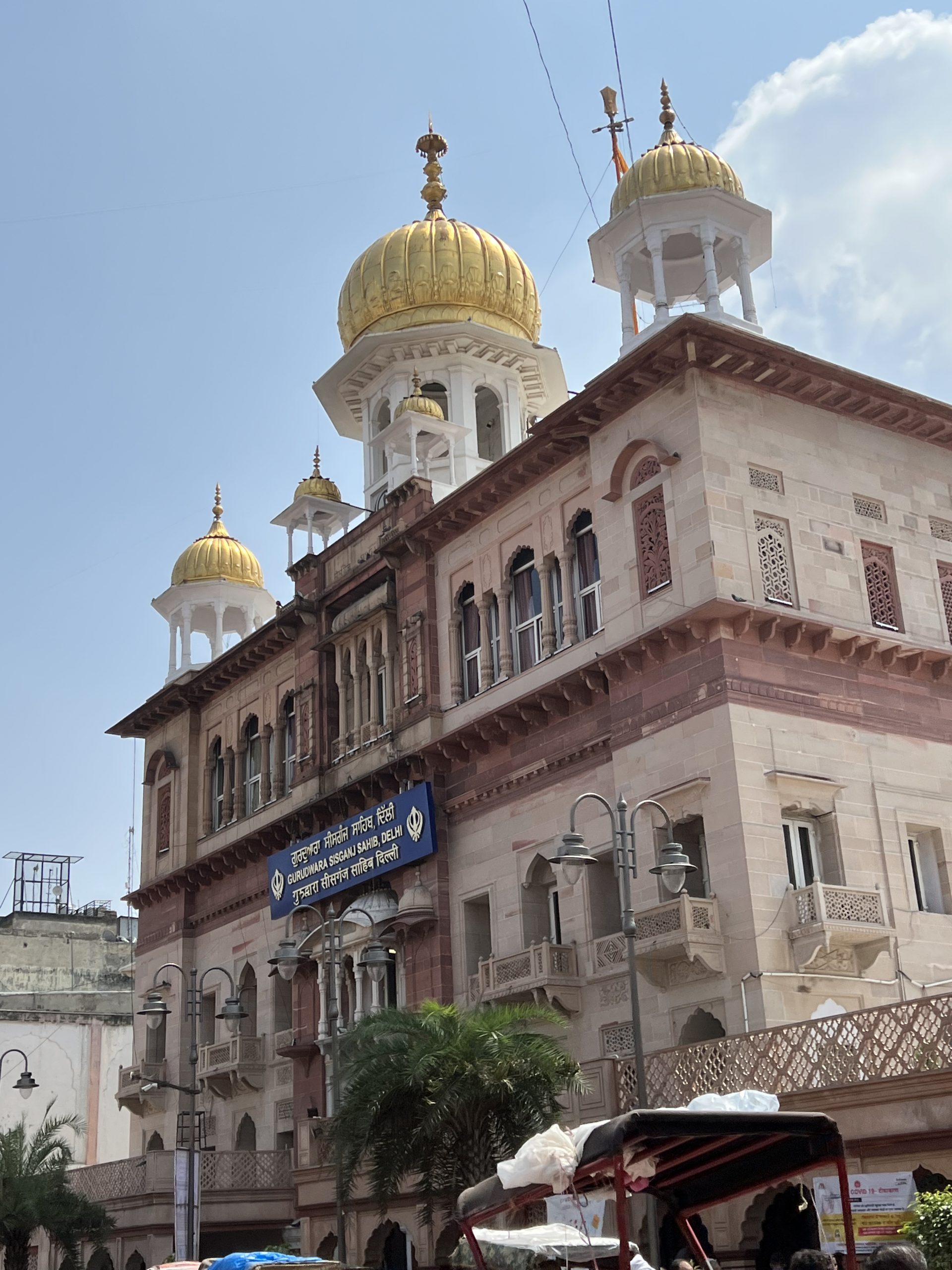 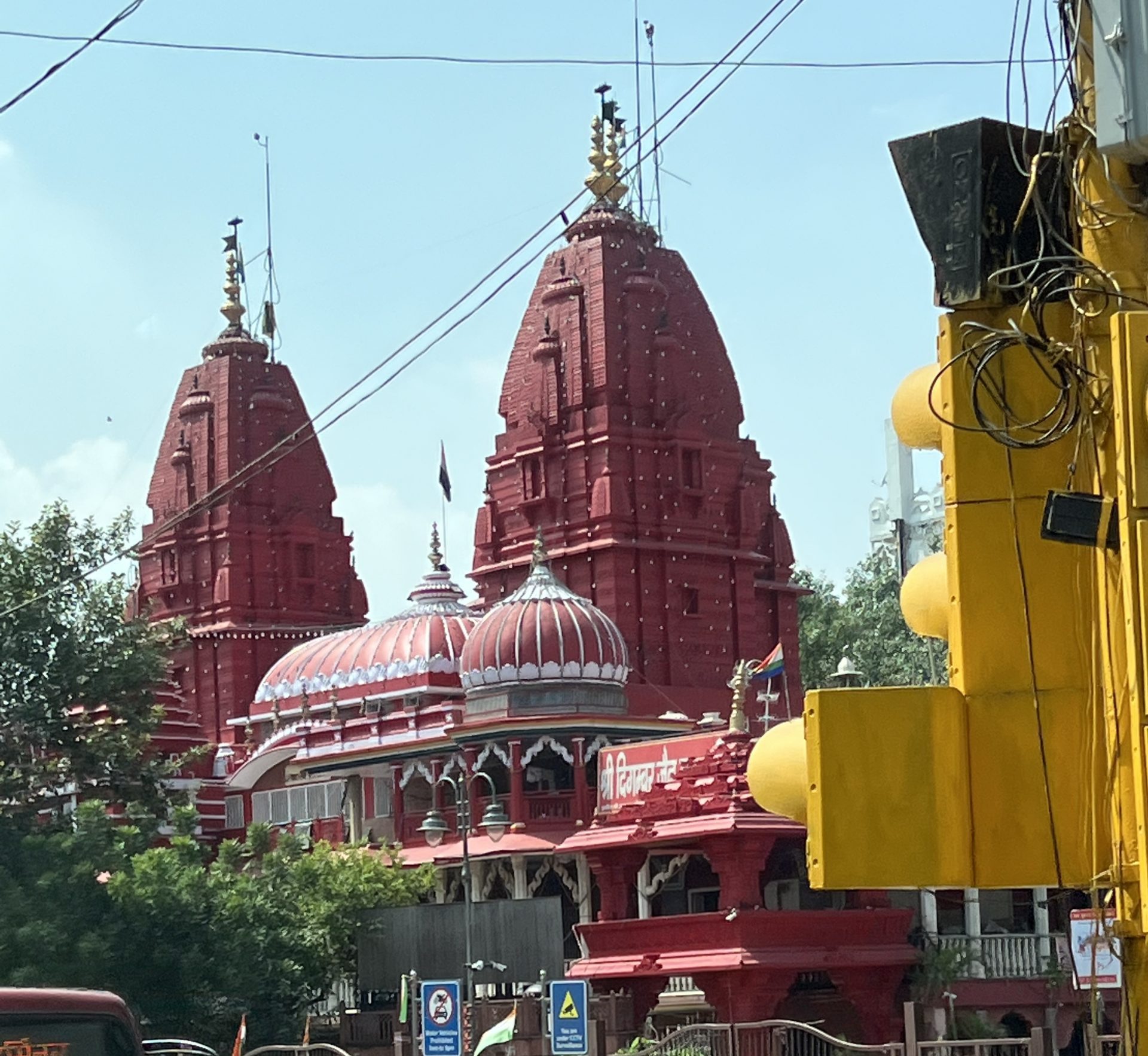 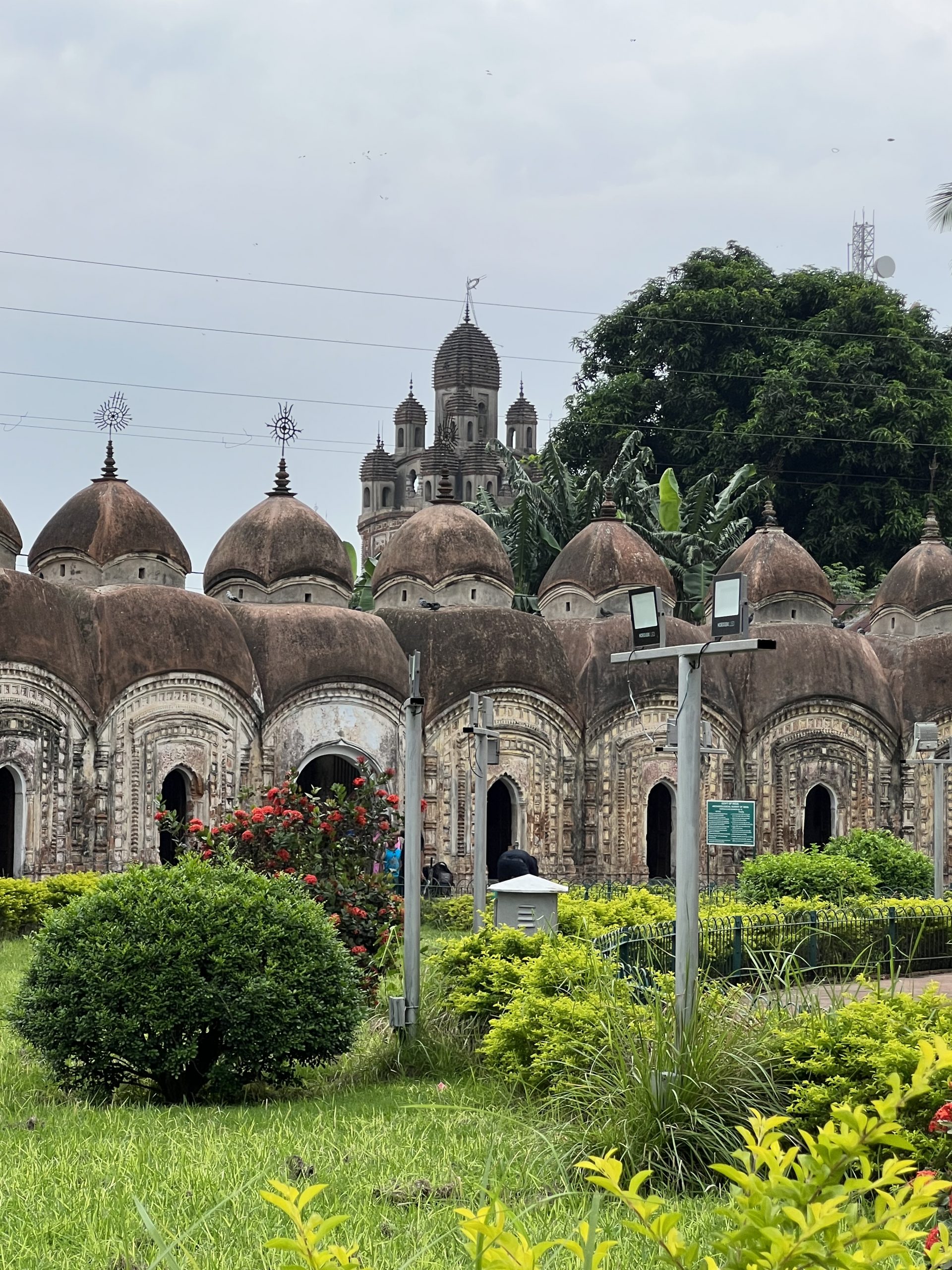 Part of the Rajbari complex, “Temple City,” (Hindu) in Kalna. 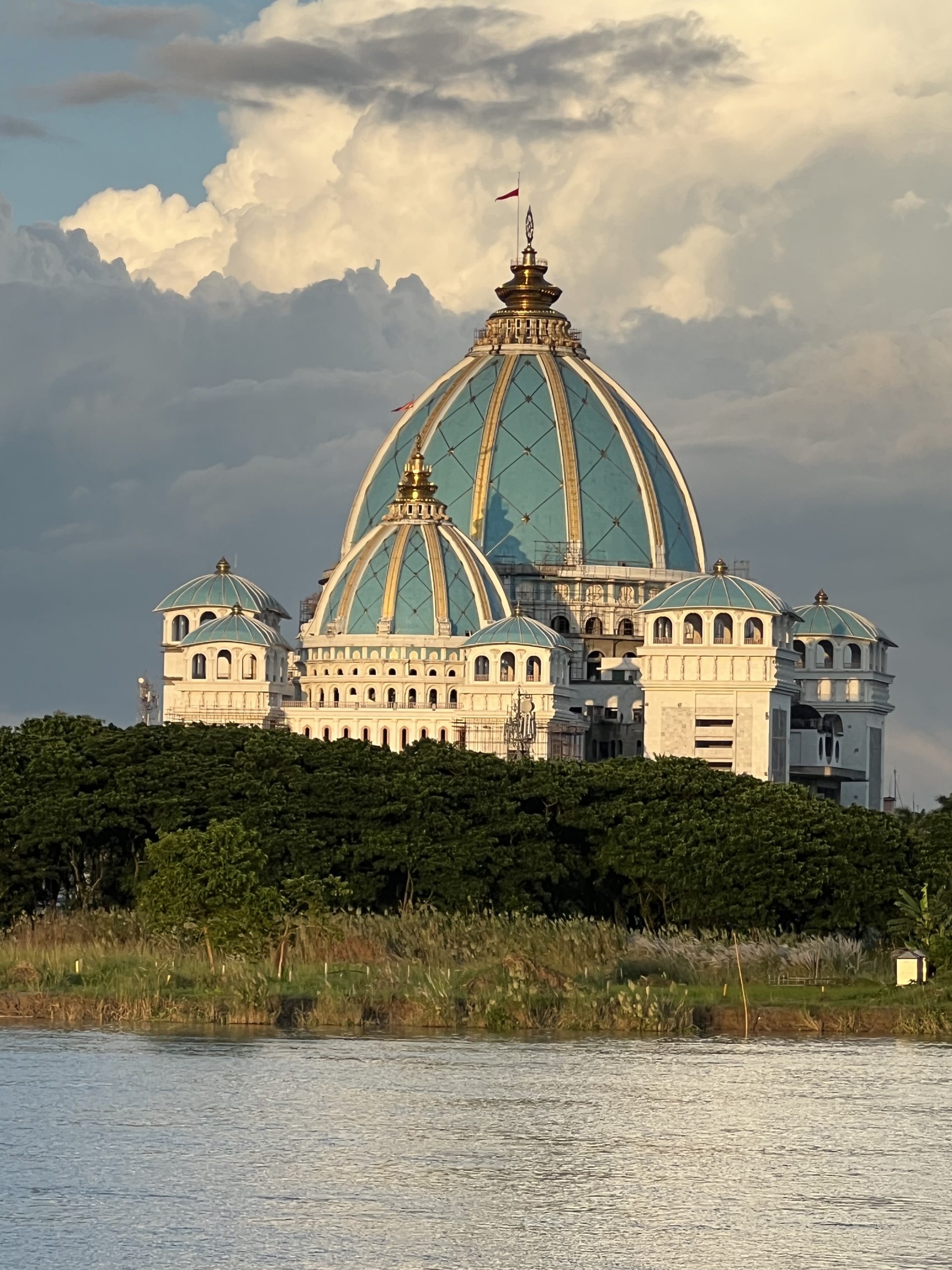 This massive Hindu temple is part of the ISKCON, the Krishna Consciousness Movement. Once completed, it will rival the size of the Vatican. The temple will be 700,000 square feet in size. 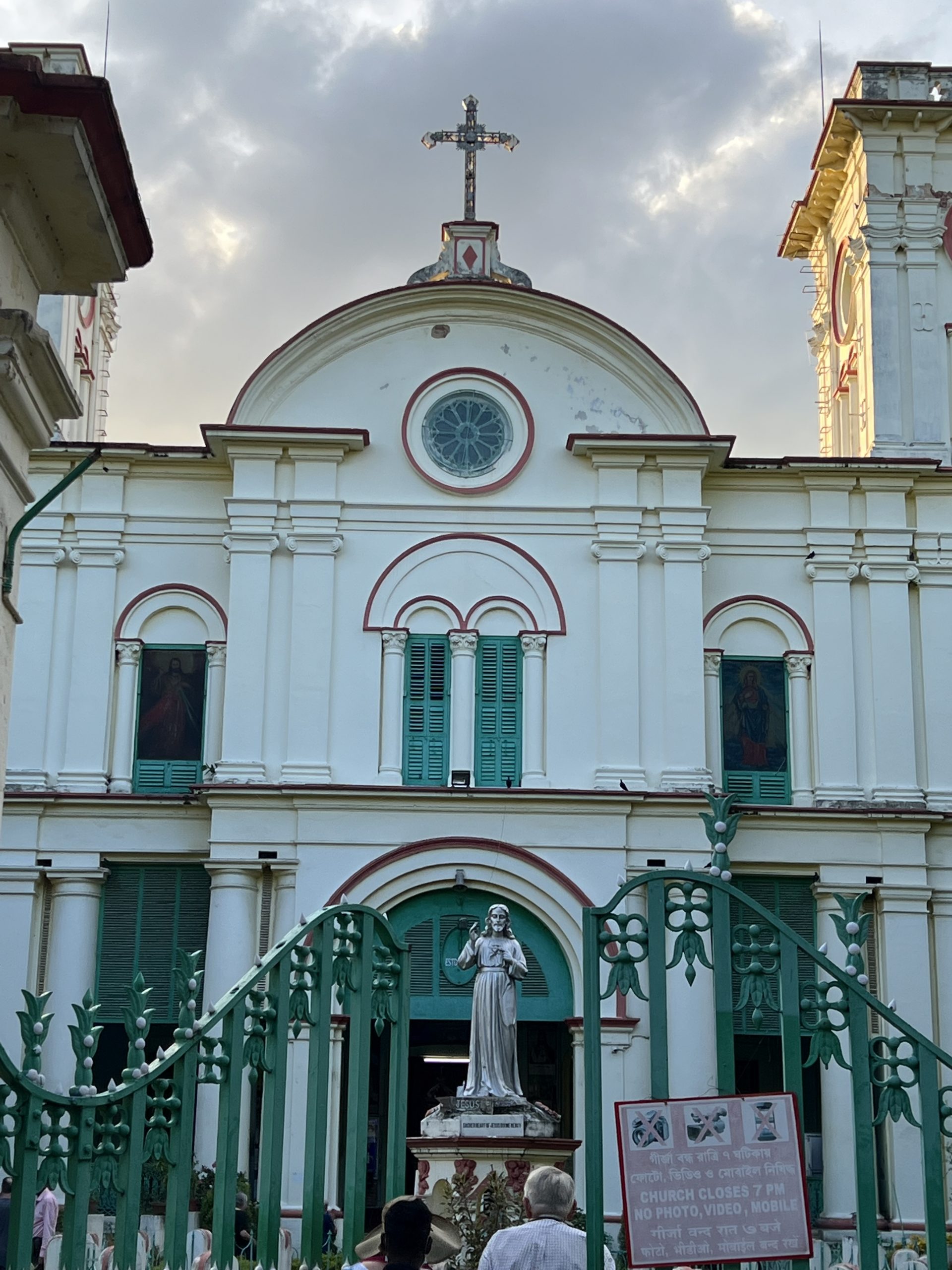 I don’t have a picture, but I did see a Methodist Church in Delhi and we finally found a Roman Catholic Church in Chandannagar. You have to admire the bold use of color on the interior of the church. 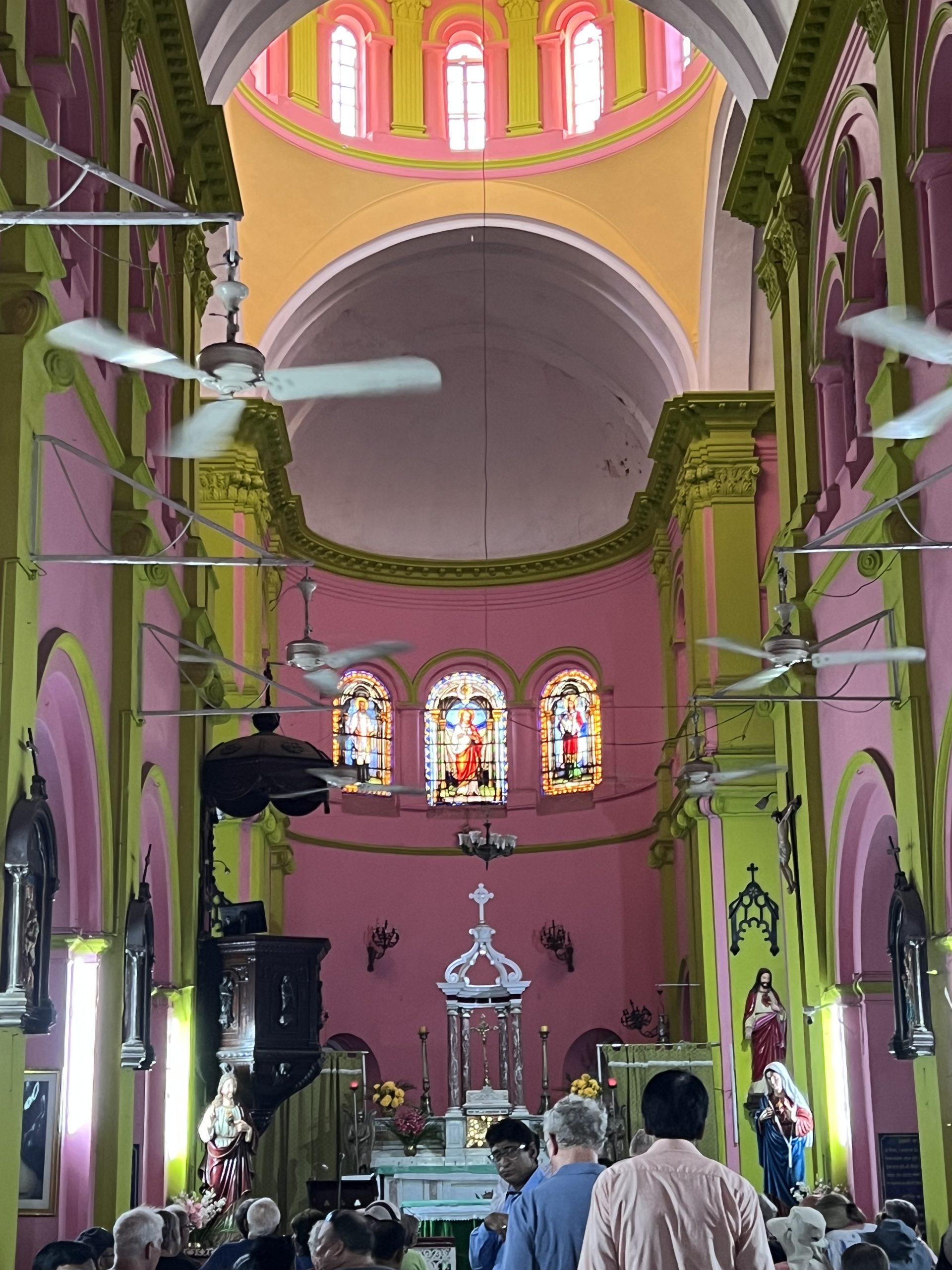 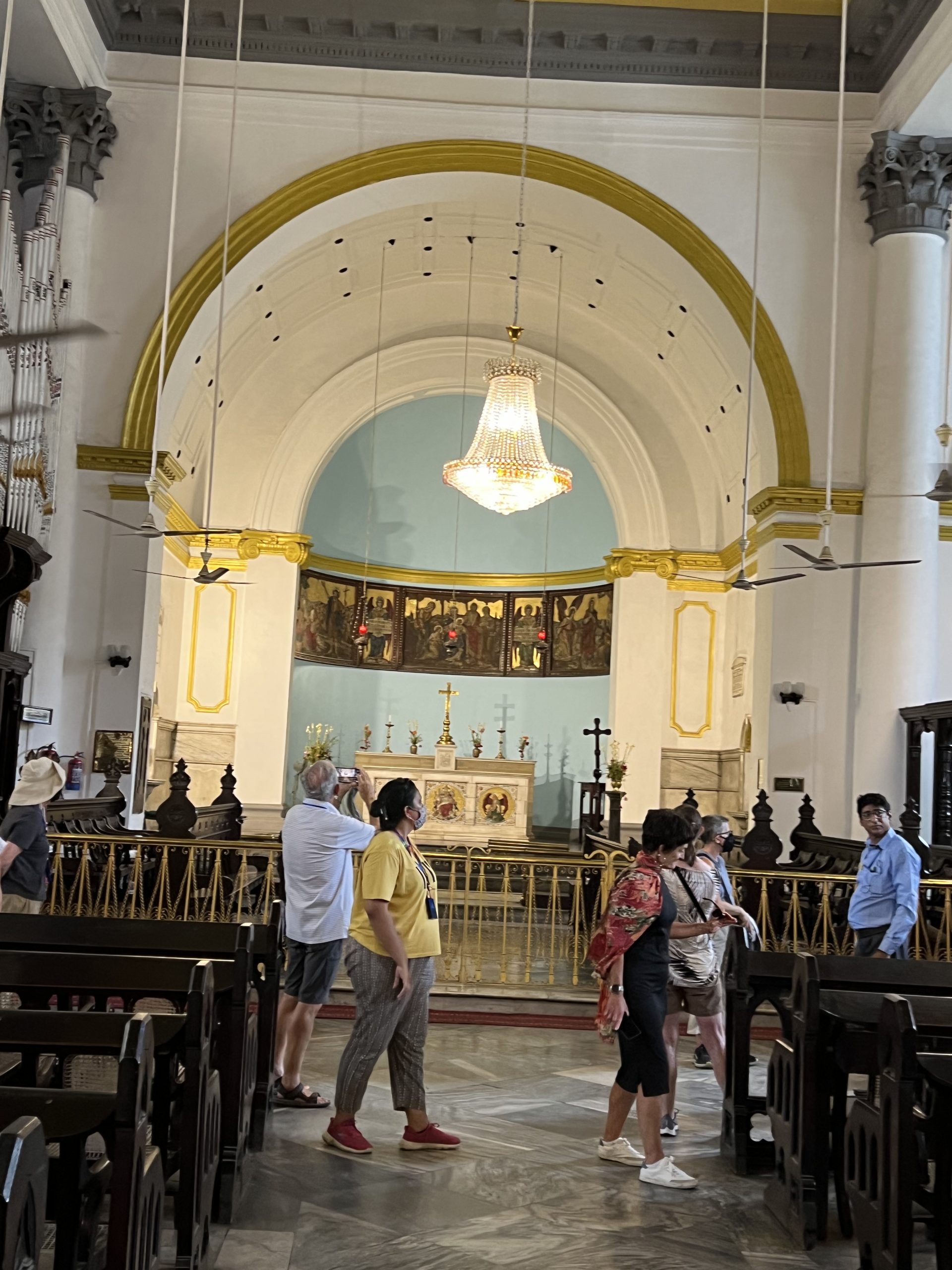 This is the St. John Cathedral, an Anglican Church in Kolkata.