It’s no secret that we love to travel and do so as much as time and money allow. We’ve jokingly said that we will go anywhere that isn’t under a State Department advisory. Truth be told, that’s not totally a joke, but it is also certainly true that you won’t find us booking a flight to places like Baghdad and Kabul. It’s sad that we probably won’t ever get to see Persia or Moscow, but there is nothing we can do about that. Often, people will tell us that they want to curl up in our luggage and go with us, but when we told people that we were going to India, the response is not even tepid. It’s like a cold wet blanket in most cases. The same thing happened the last time we came here. A whopping three people said, “Oh, I’d love to go to India.” Most people simply ask “Why on earth would you go there?”

India is an enigma like few other countries. Trying to understand it is frustrating but yet at the same time, compelling. Forget trying to pigeonhole the country; it’s hard enough to merely describe it in any succinct manner. On one hand, you find such unfathomable poverty and on the other, you see enormous wealth and beauty; drab, dirty browns and grays juxtaposed with the richest, most vibrant jewel tones and brilliant brocades ever imagined. I can’t explain the place, but I do want to share some interesting facts.

India can trace its history back to about 5000 BC, although it only gained its freedom from the Brits in 1947. At the time, it was a poor undeveloped nation with a huge population and the population has continued to grow. As of September of this year, the population was estimated to be well over 1.4 billion. The population actually doubled between 1975 and 2010. There are about twenty three cities with populations exceeding one million residents, but in many states, most of  the population is concentrated in rural areas. India has never invaded another country. They have no history of slavery and supposedly India is the only country to hold this distinction. I won’t argue this assertion here, but I think many people would point out that India’s caste system functions as a de facto slavery system because of the treatment of the “untouchables.” However, in 1950, “untouchability” was abolished by law, but as we all know, the old habits die hard.

India is a country steeped in contradictions like no other. Reminds me of an old rusty, beat up pick-up truck on the highway purring along at a speed  that seems at odds with its appearance. You could slap a big “Co-Exist” bumper sticker on the country. A strong belief in astrology co-exists with an up-and-coming space program. Arranged marriages co-exist with the second largest market for internet dating sites. India has the world’s largest population of illiterate citizens with an estimated 287 million although the first university in the world was established there in 700 BC. Students came from all over the world to study a wide range of subjects. While a child goes missing every ten minutes in India and there are eleven million street children across the country, the gifted students there study an average of seven hours more per week than the academically talented children in the United States. Also, the children in the US spend more time playing with electronics and their Indian counterparts spend more time studying STEM subjects. The number of unemployed Indians this year is projected to be 220 million. Meanwhile, the wedding industry is humming and is estimated to run up bills totally at least $50 billion yearly. About one half the gold purchased every year in India is used in wedding festivities. There are reportedly 447 languages in India, but more than 350,000 young college educated Indians make their living speaking English in the call center industry. Raj during the day, Roger on the night shift. Estimates of the number of homeless in Mumbai alone vary wildly but the count is at least upwards of 58,000 and the pandemic exacerbated the problem. At the same time, the once-nascent middle class is burgeoning. Many of the street people in Mumbai live in the long shadow of the twenty seven story home of the richest man in India. Mukesh Ambani’s home has every bell and whistle imaginable and employs a staff of six hundred. One might expect a sort of seething condemnation from the populace, but taxi drivers and tour guides proudly point it out as if it were their own. There is no end to the mysteries of India, but this post needs to end, so I hope these pictures show the enigma that is the world’s largest democracy. 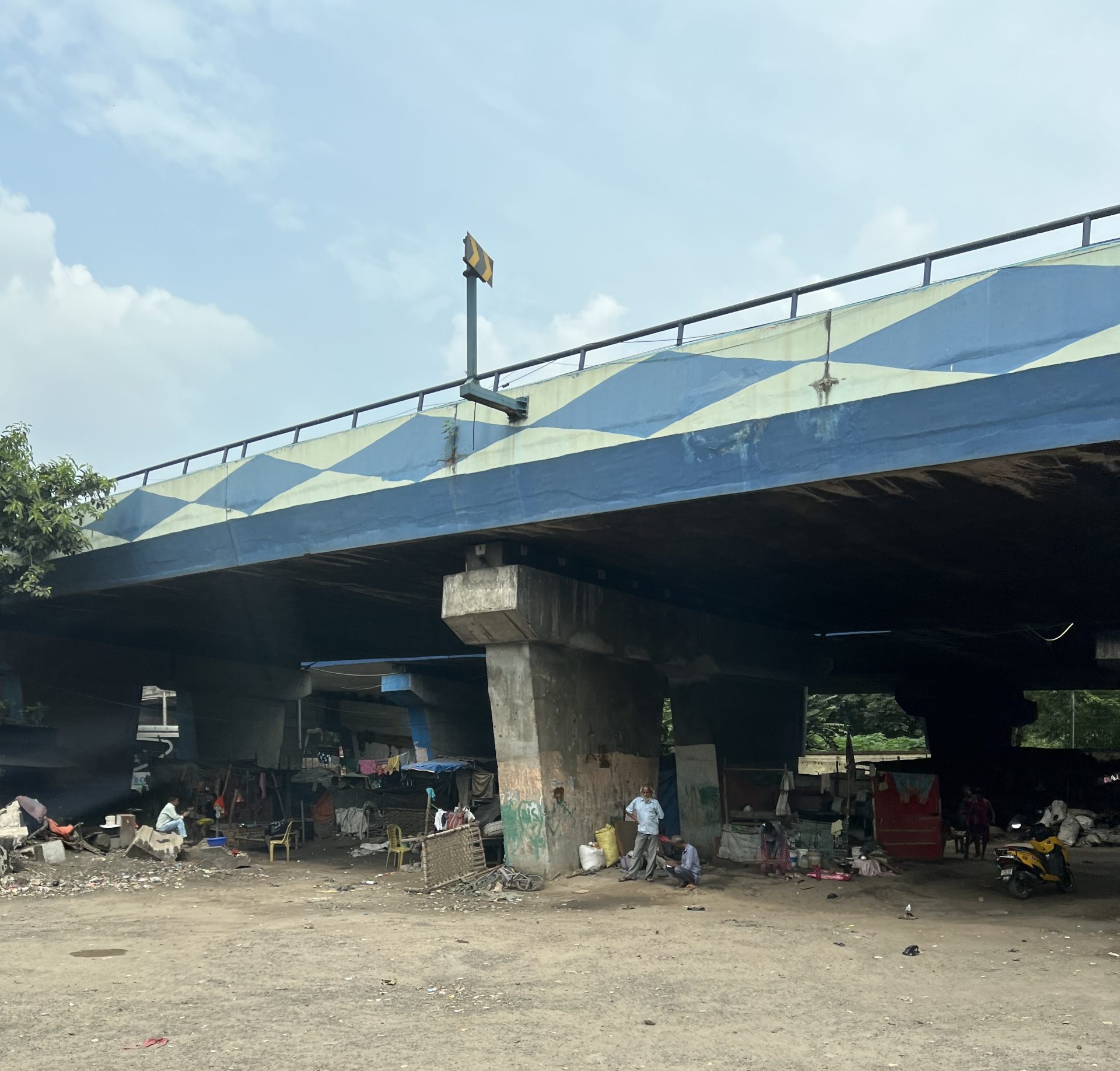 Living under an overpass. 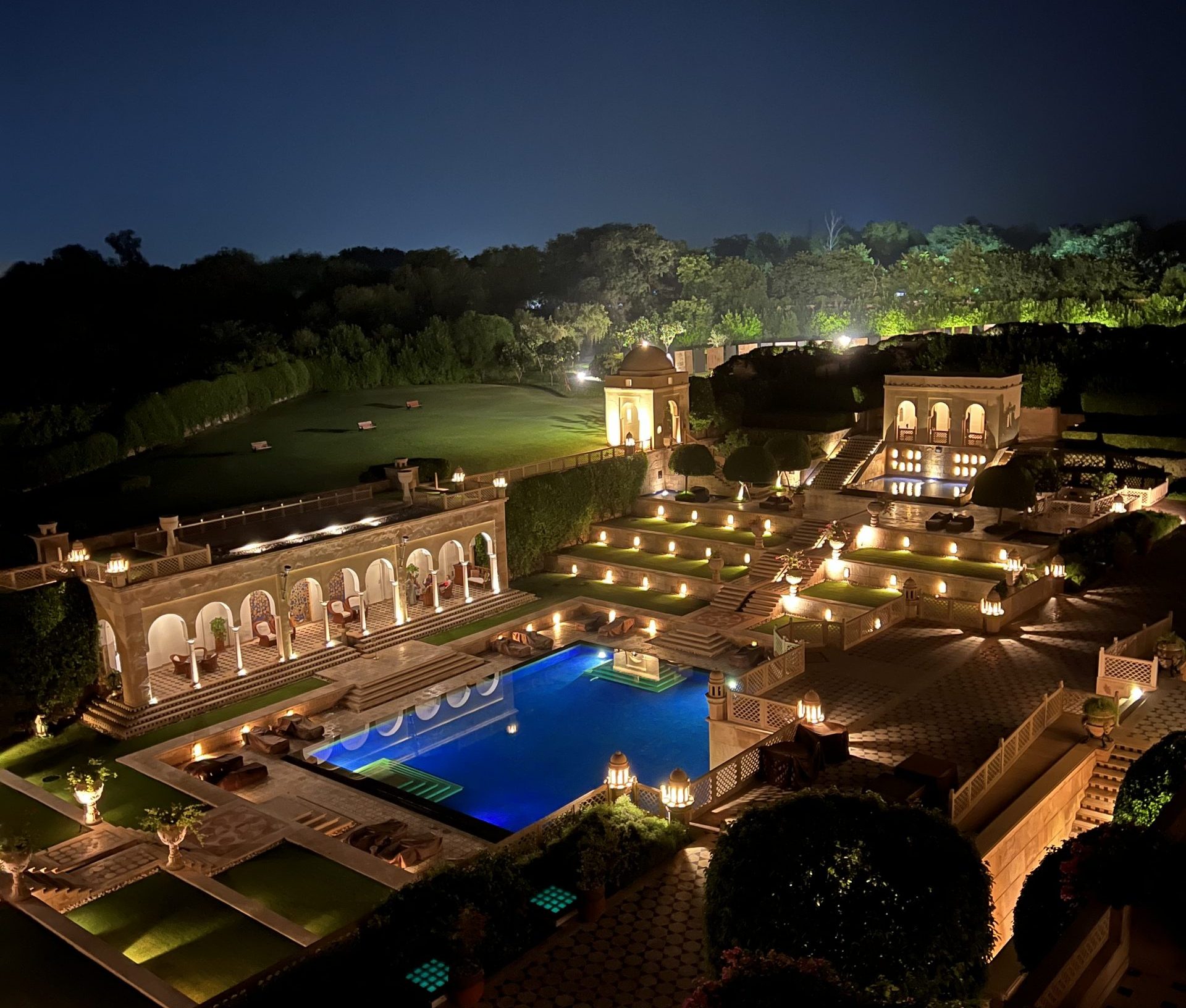 The incredible grounds of the Oberoi Amarvilas, Agra, India. 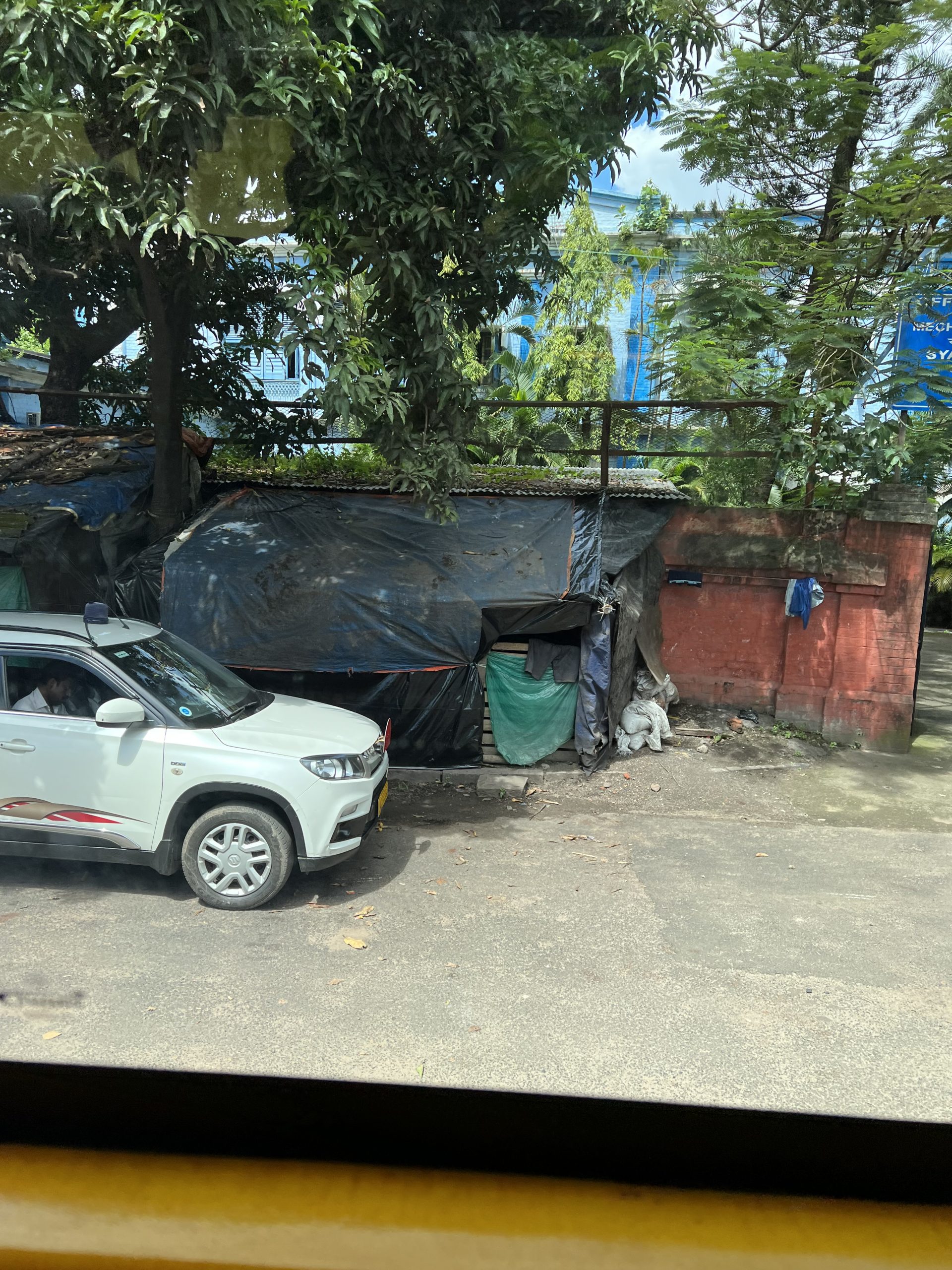 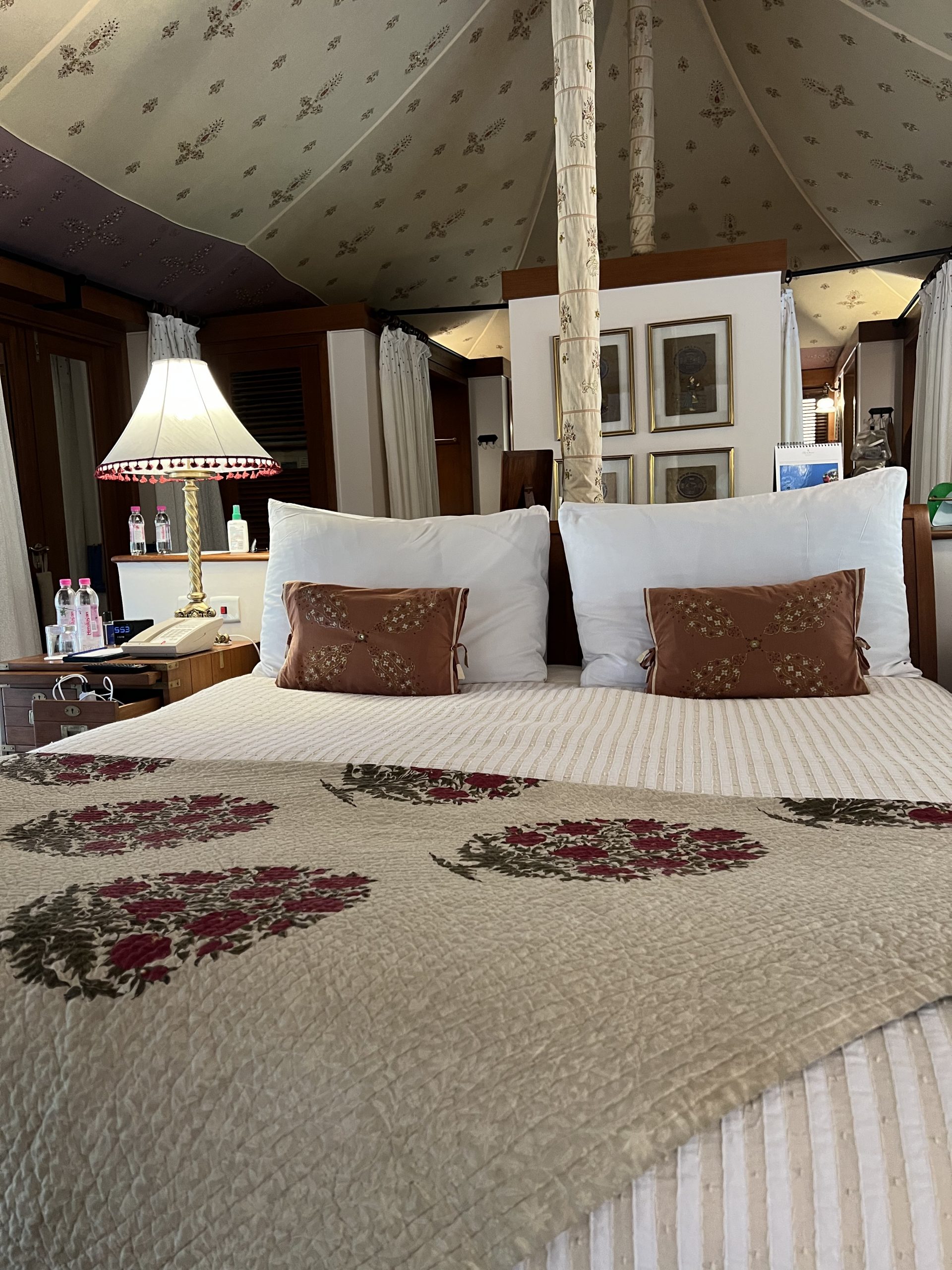 Our tent at the Oberoi Hotel Rajvilas. 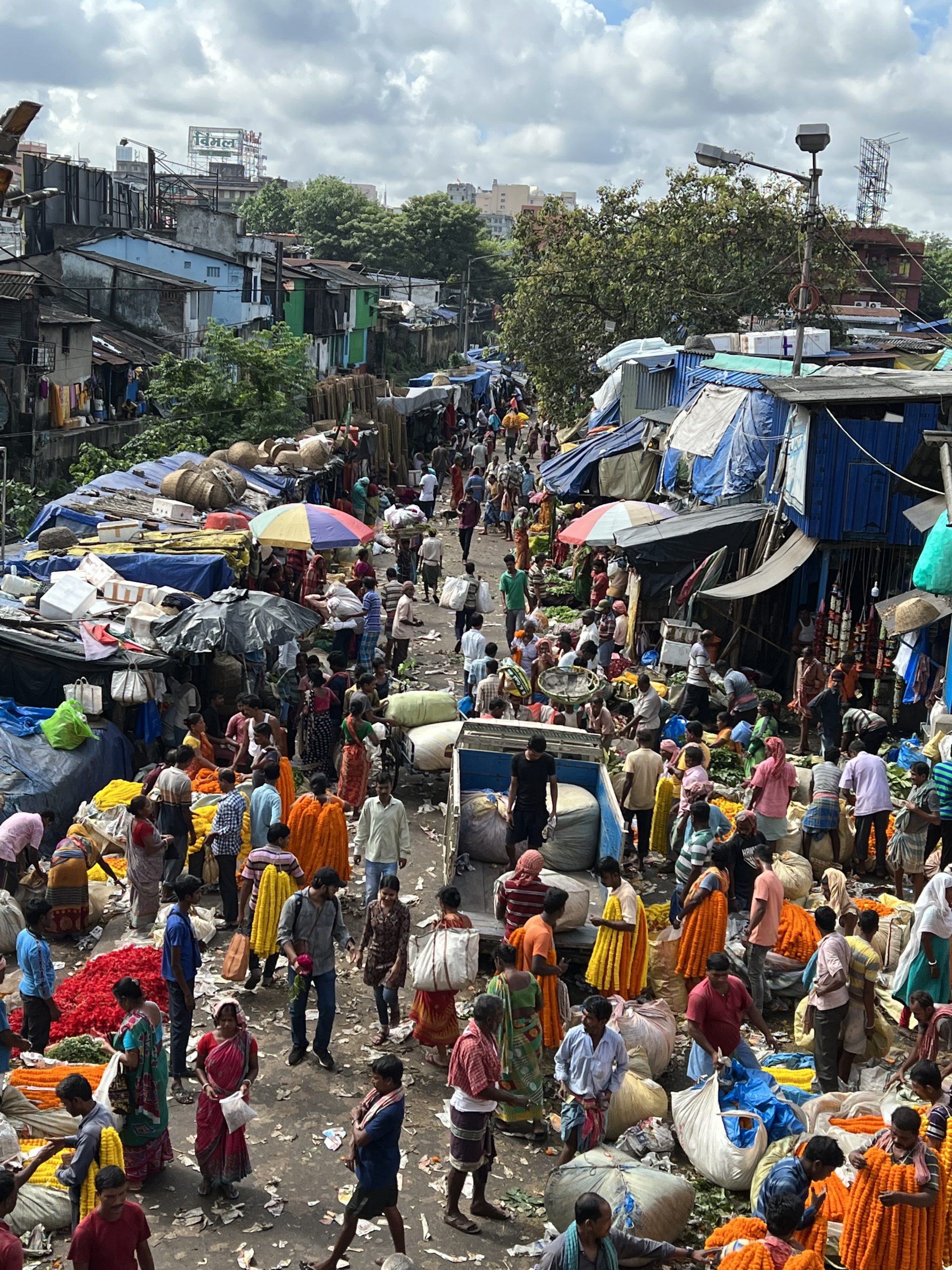 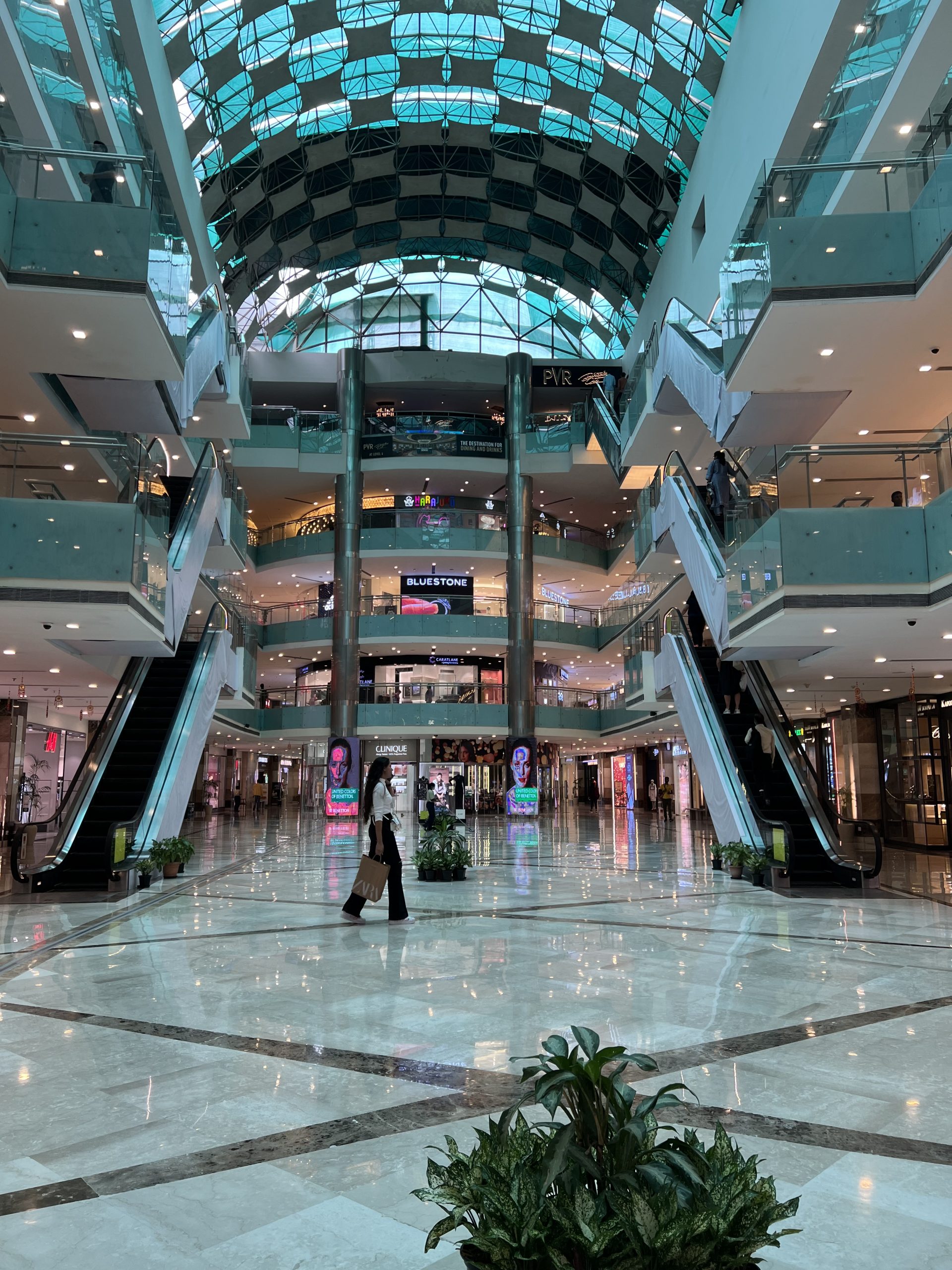 A rather different shopping experience awaits shoppers at the Ambiance Shopping Mall in New Delhi. 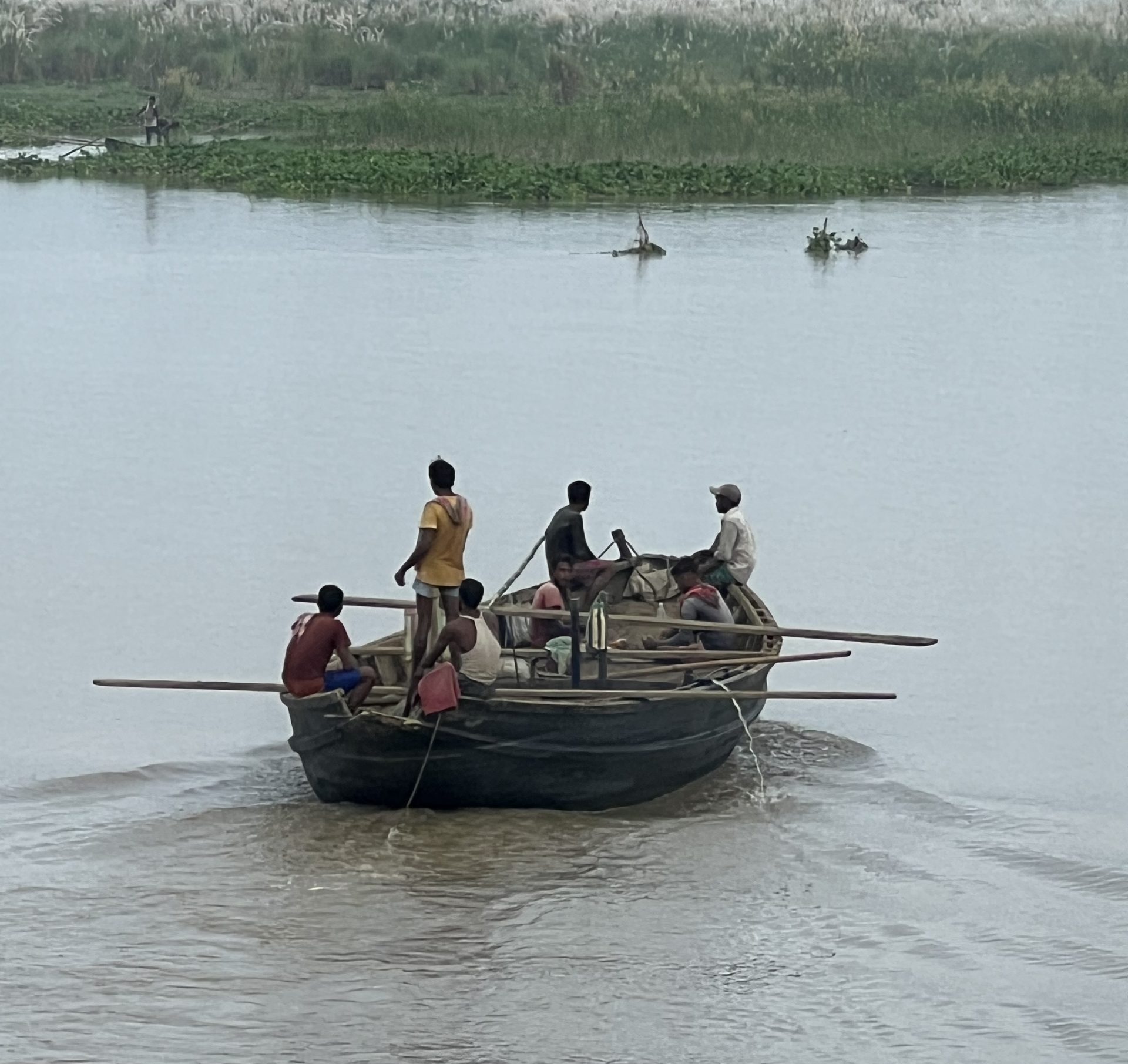 Common mode of transportation on the Ganges. 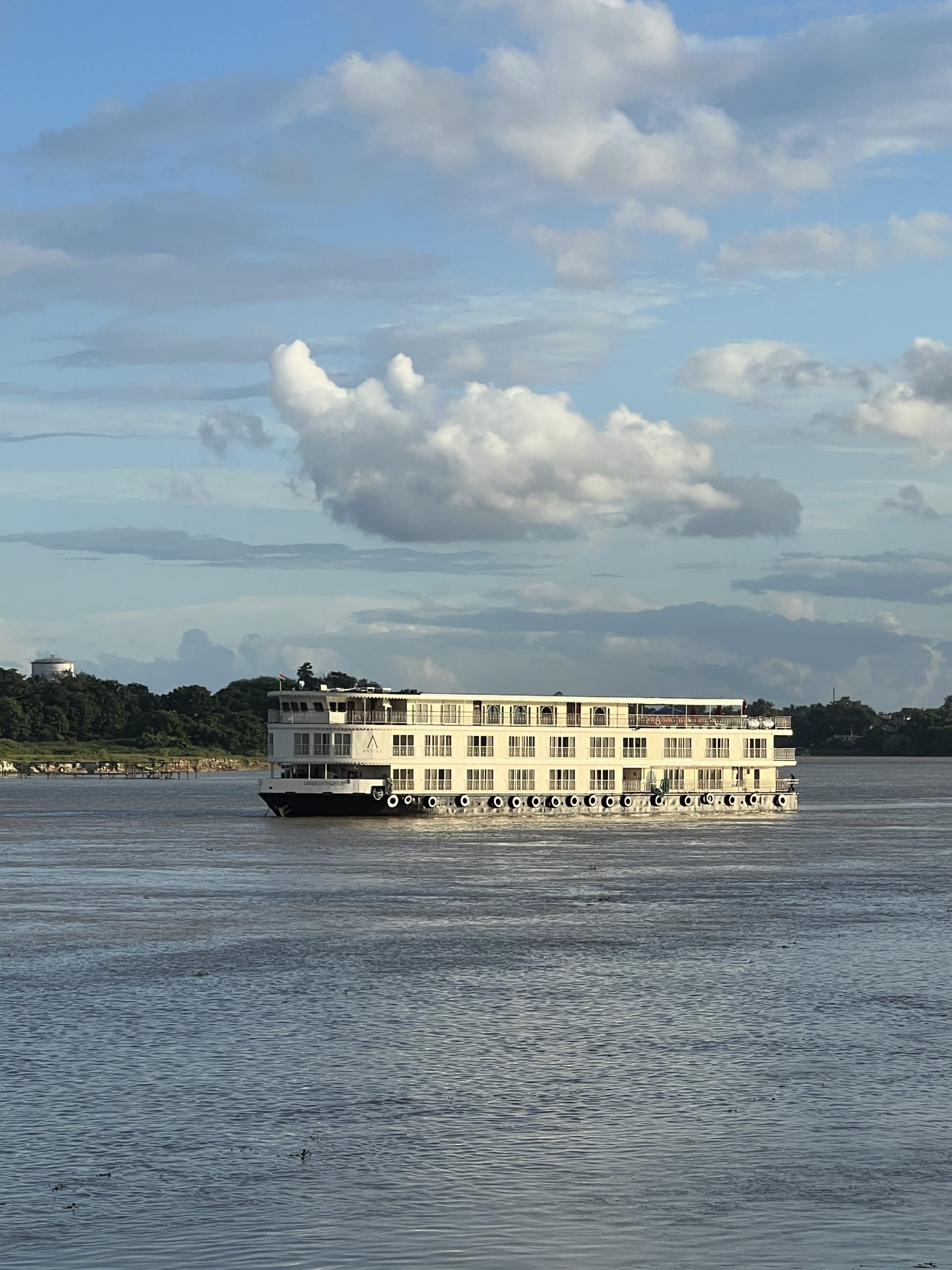 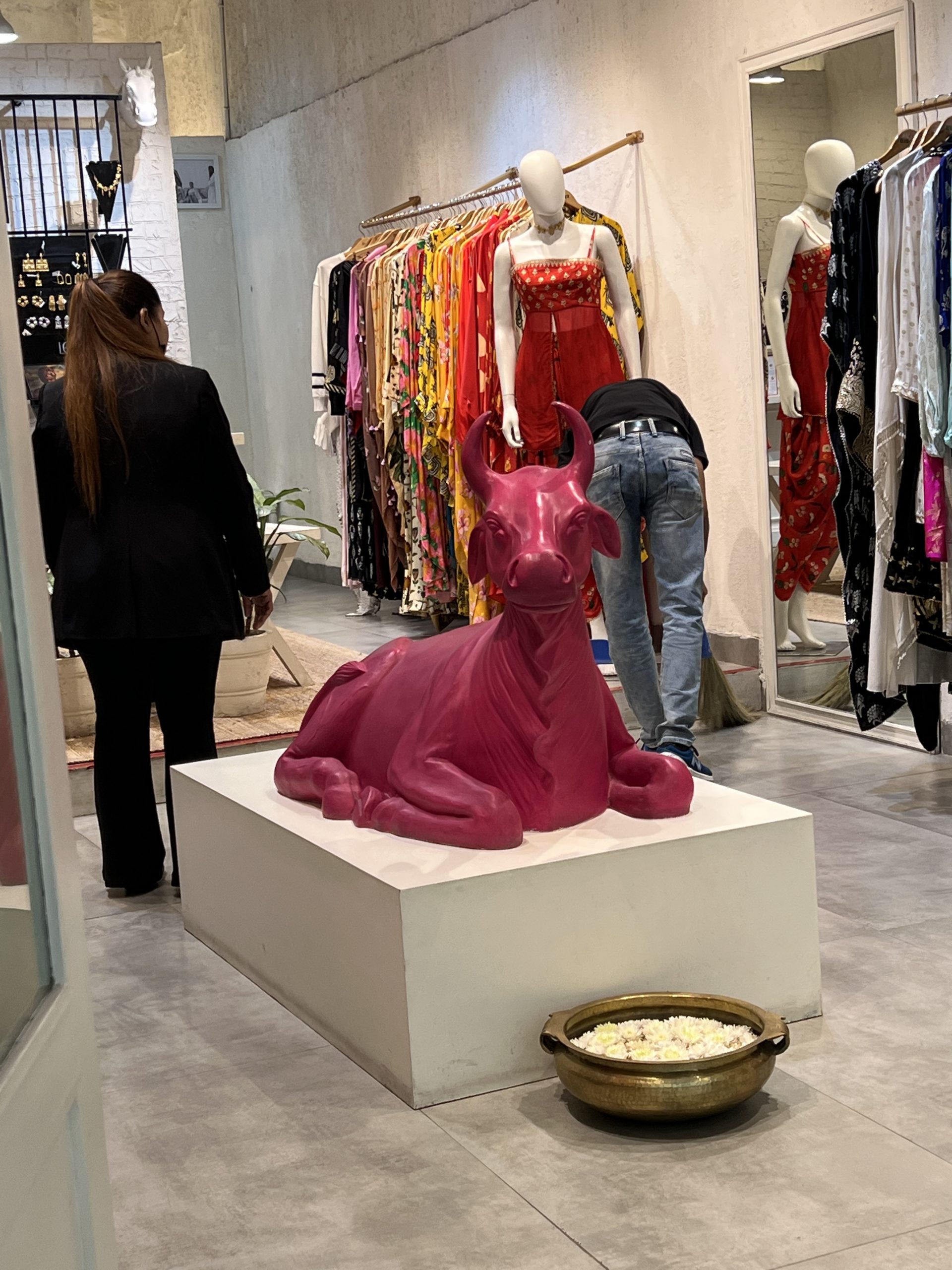 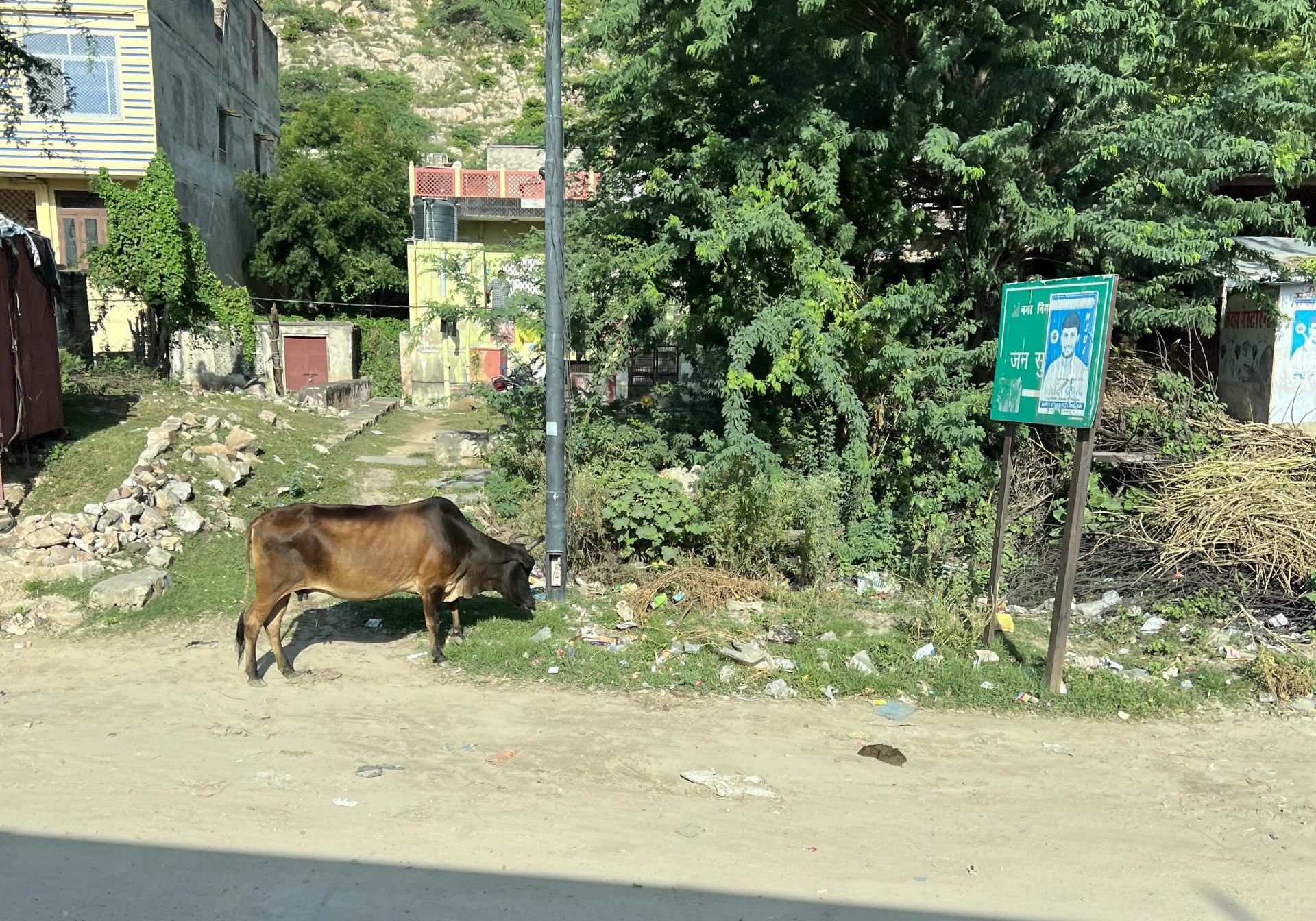 Cows all over the place aren’t so cute.

My intention in showing these pictures was not to disparage India, but to point out the wide range of extremes here. I would be naive to think that any country is different, but here they co-exist in a way not seen in our country, at least not in my world. What I am saying is that nothing is tucked away in some sort of out-of-the-way location: it’s all out there for all to see. The wealthy are driven in their big cars right down the trash-filled streets lined with beggars and hawkers, peaceful religious men, sick and wounded dogs, women in beautiful sarees, cows fouling the streets, children who are precious and happy even though they are barefoot, dirty, and poor. There is no escaping life in all its glory and pain. Here it is just usually in the same block. But we have never once thought that the Indian people are immune to the suffering around them. They are not callous in spite of it all. As the British would say, “They are lovely people.”

As usual, I will finish with some random pictures. 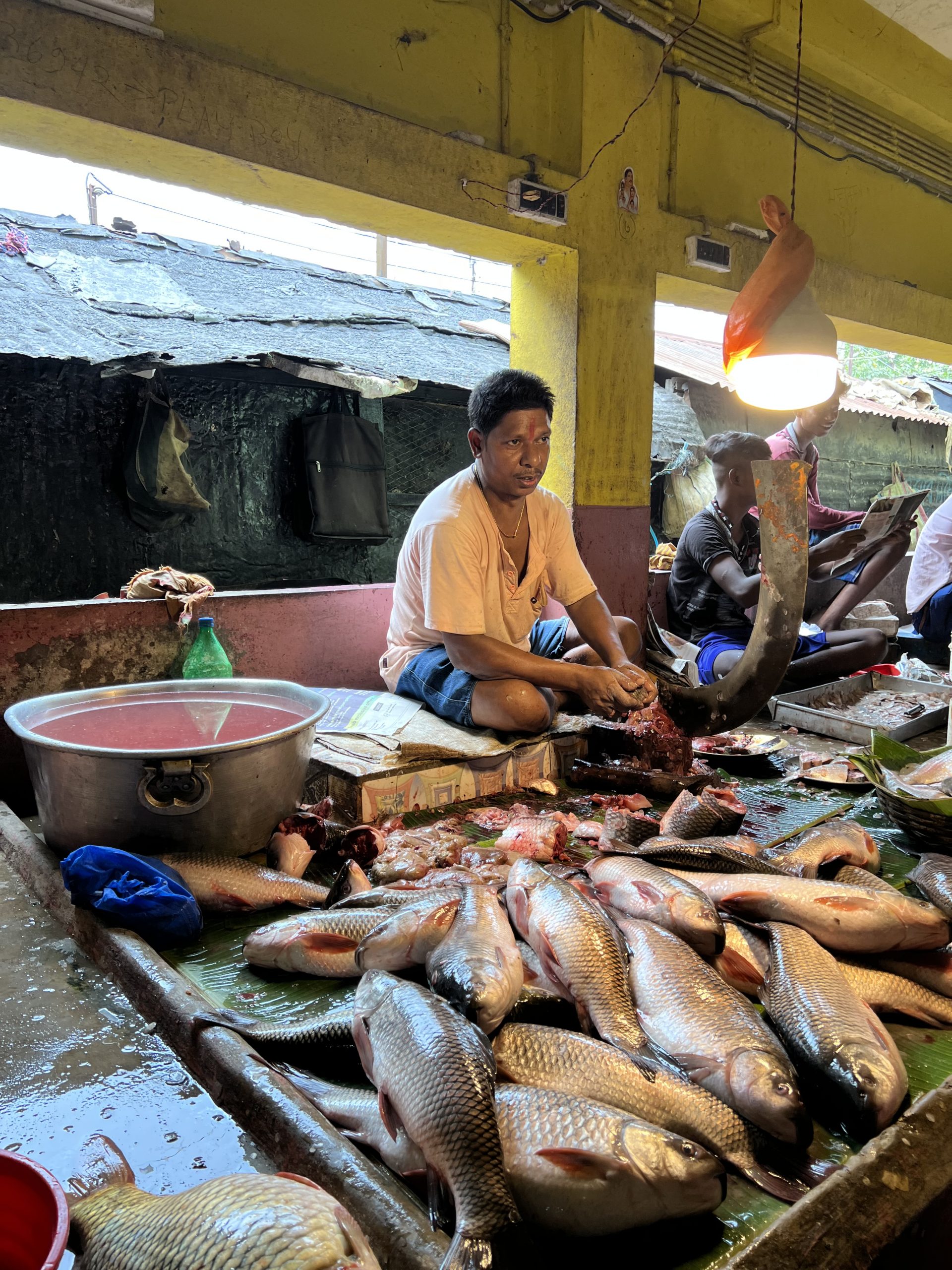 Fresh (still gasping) fish at the market. Check out the big blade next to the vendor that swings down to stop the gasping. 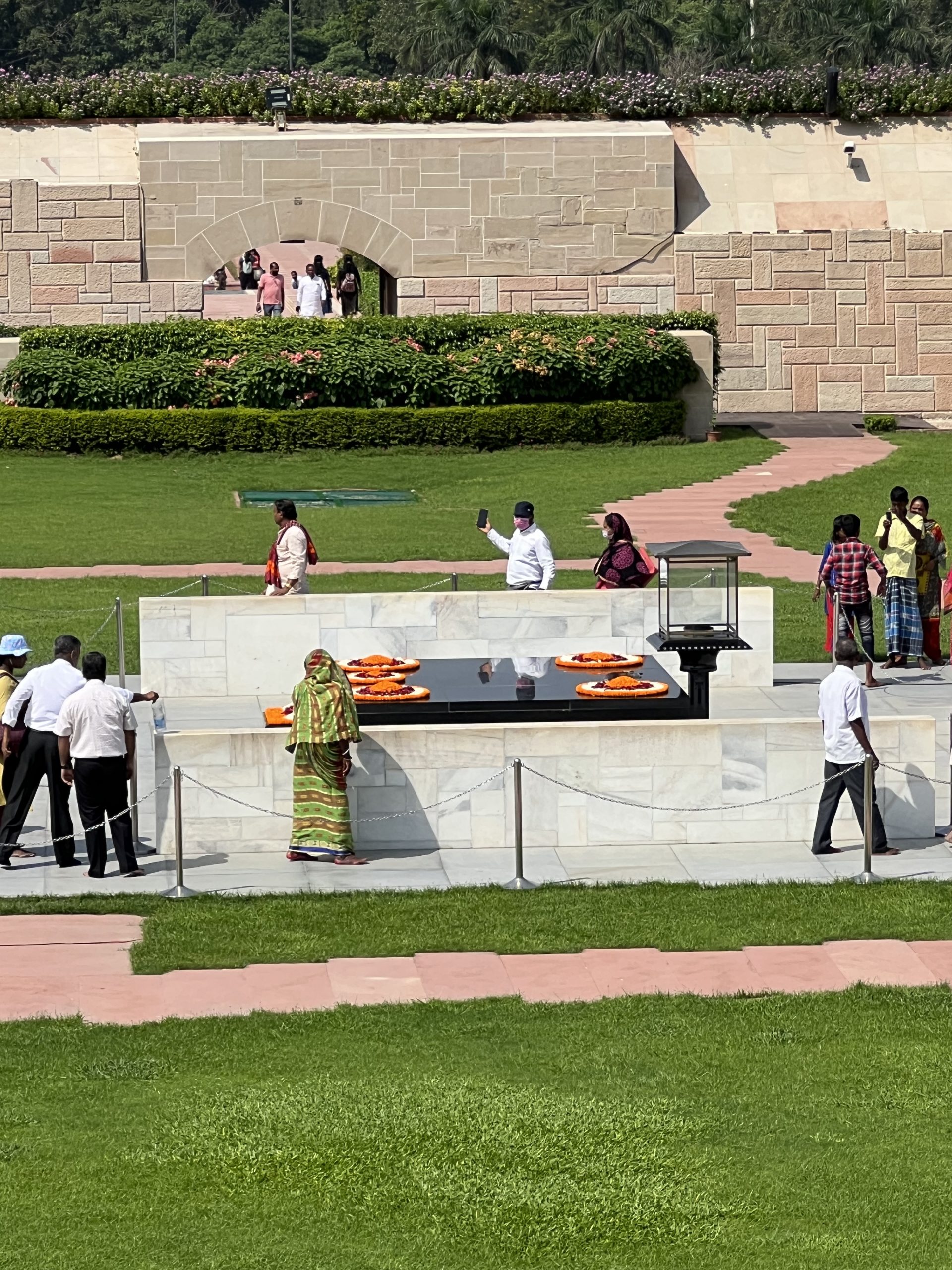 The grave of Mahatma Gandhi. 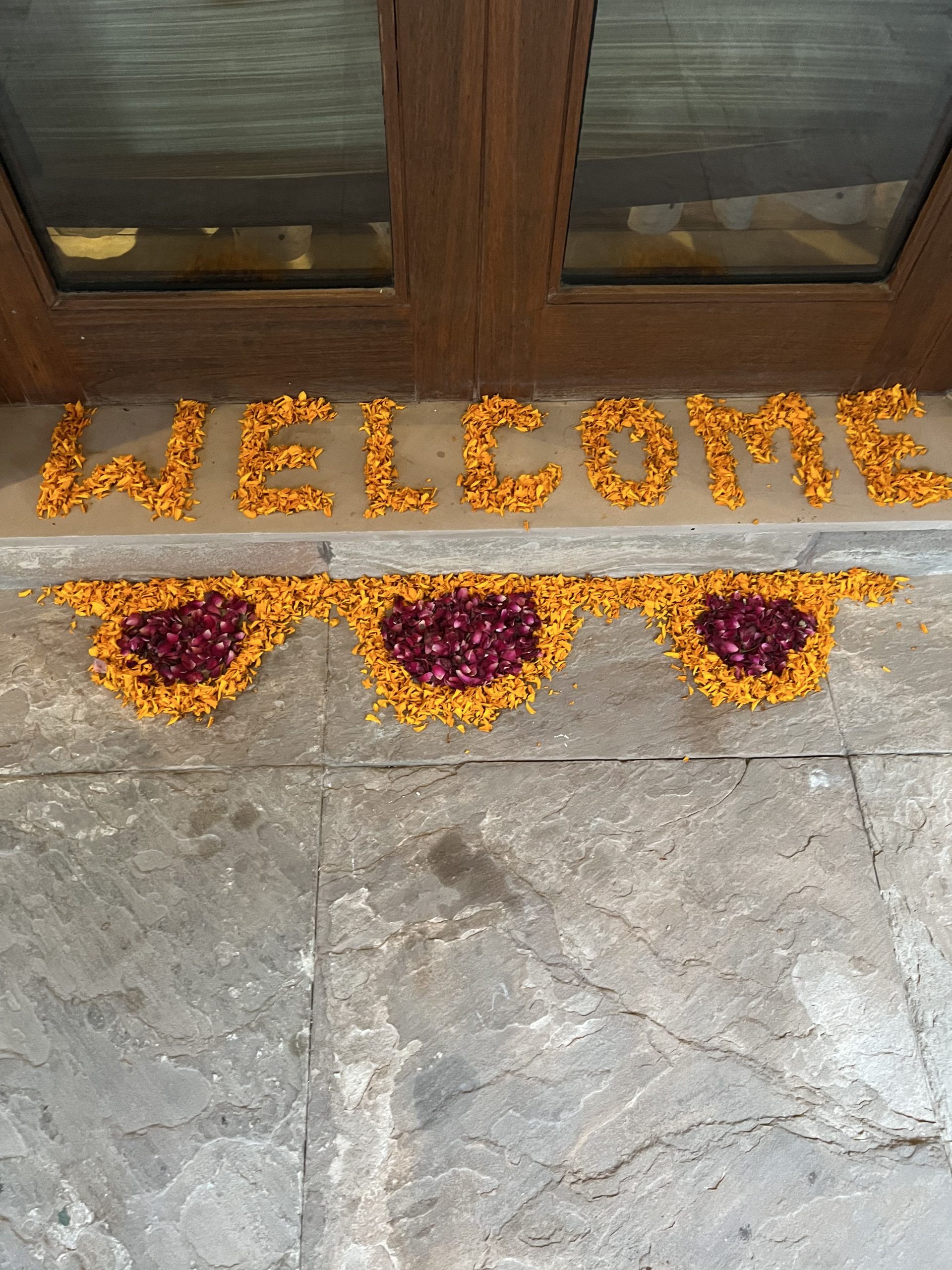 Wonderful greeting at one of the beautiful resorts we enjoyed. 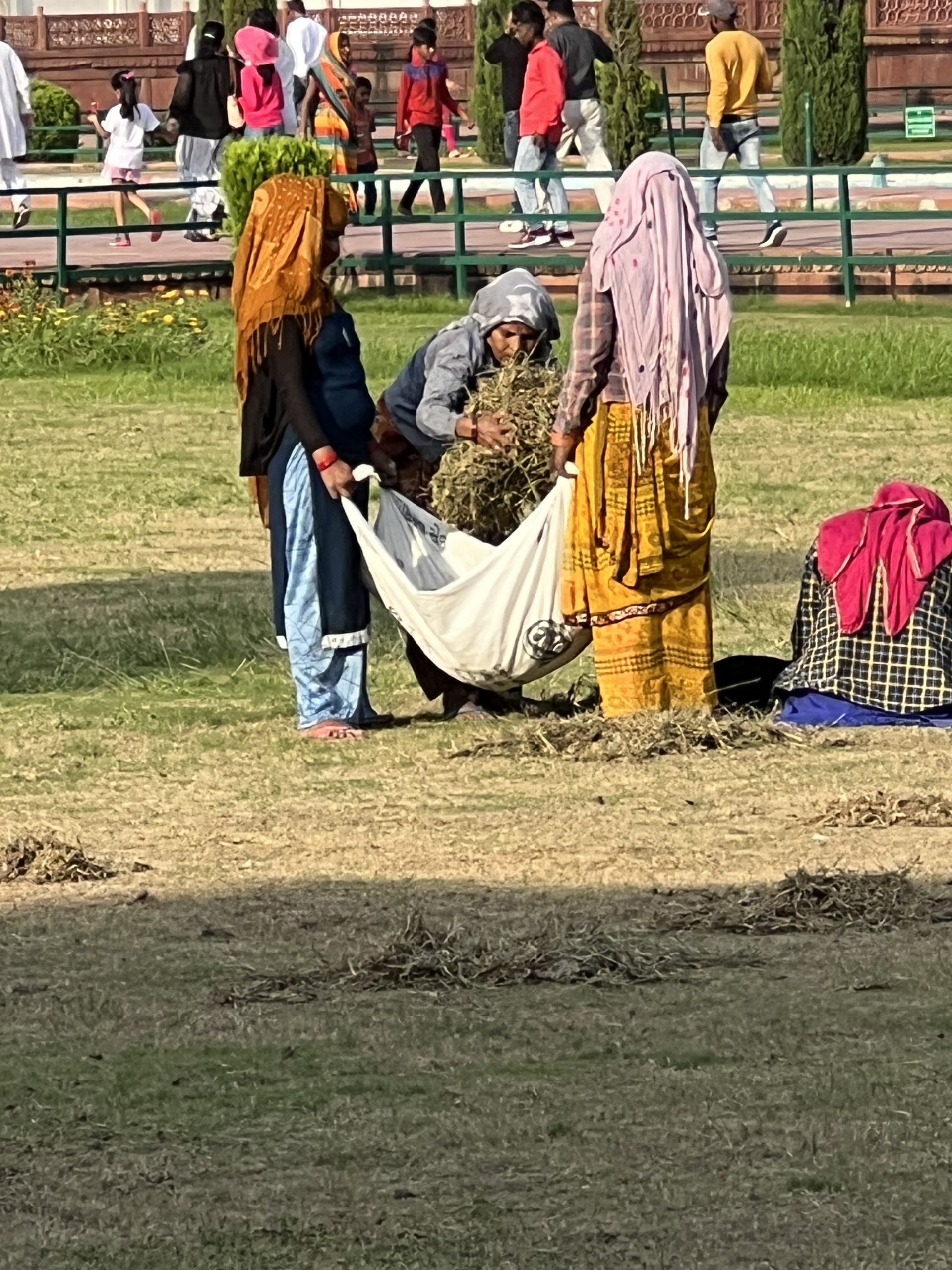 Young women cleaning up the grounds at the Taj Mahal. They earn the equivalent of eight dollars per day. 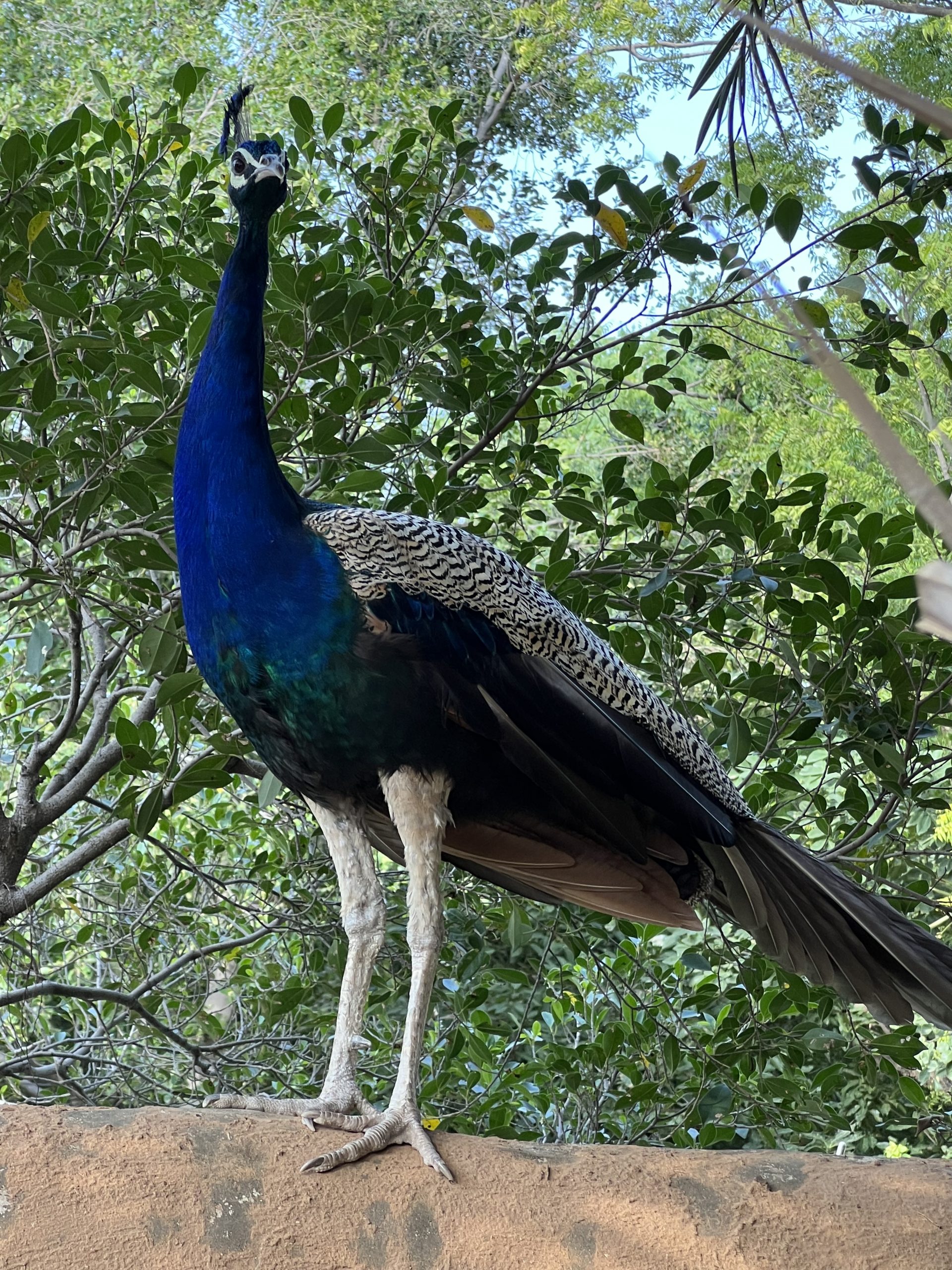 Beautiful peacock outside our room in Jaipur. They make noises that are much like Great Blue Herons – not pretty. 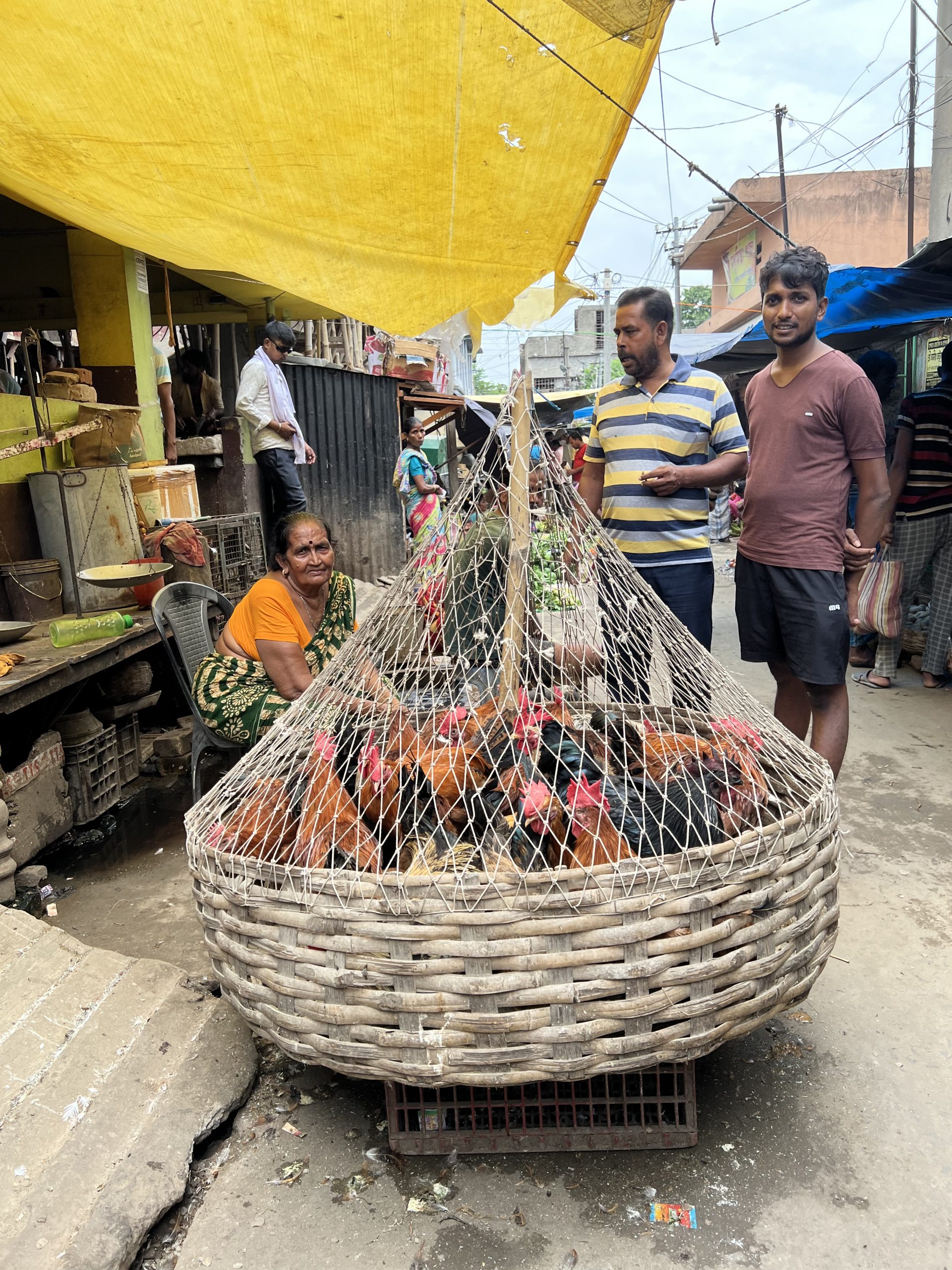 Fresh chicken killed and cleaned while you wait. 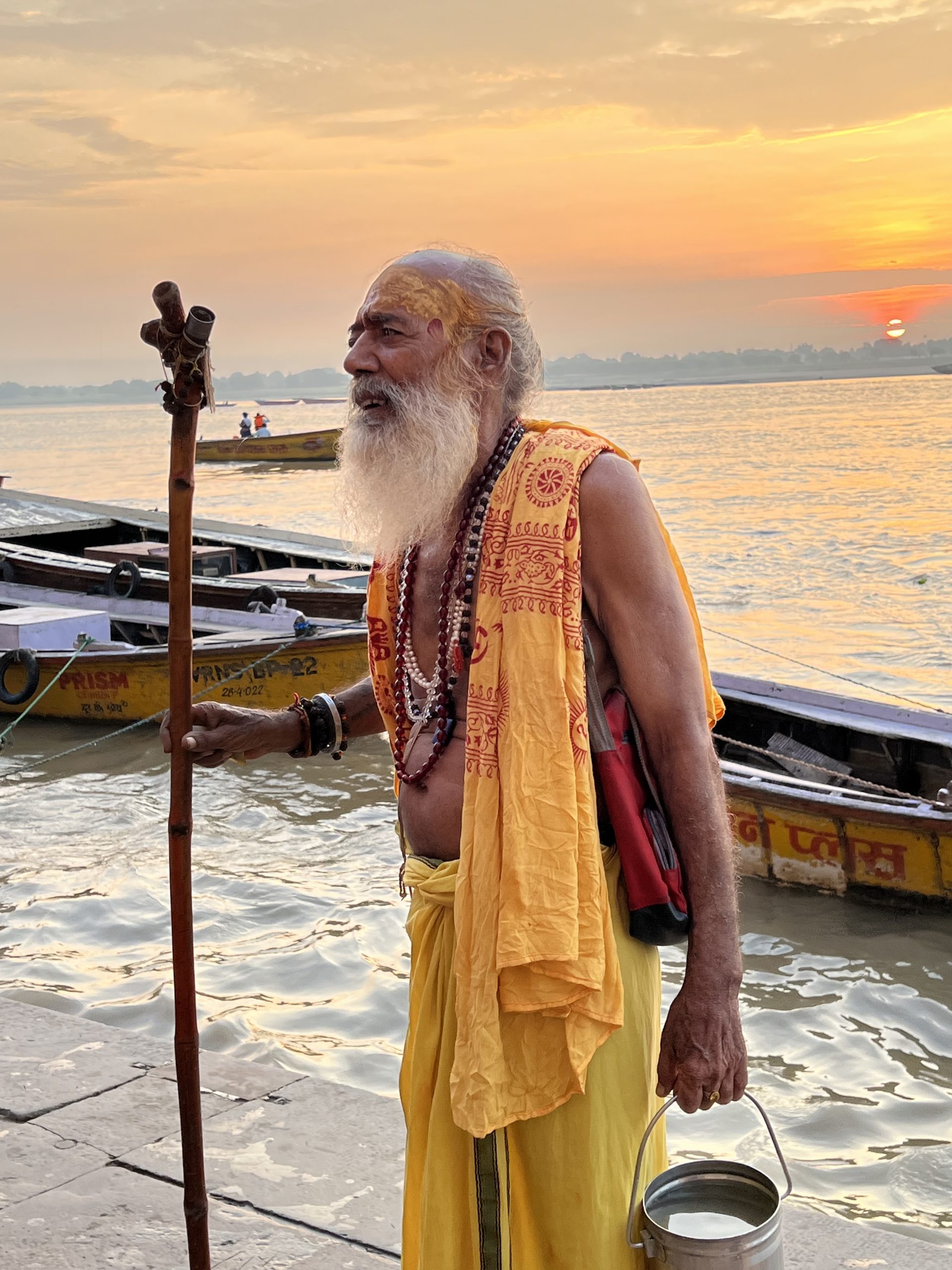 Holy man at sunrise on the Ganges. 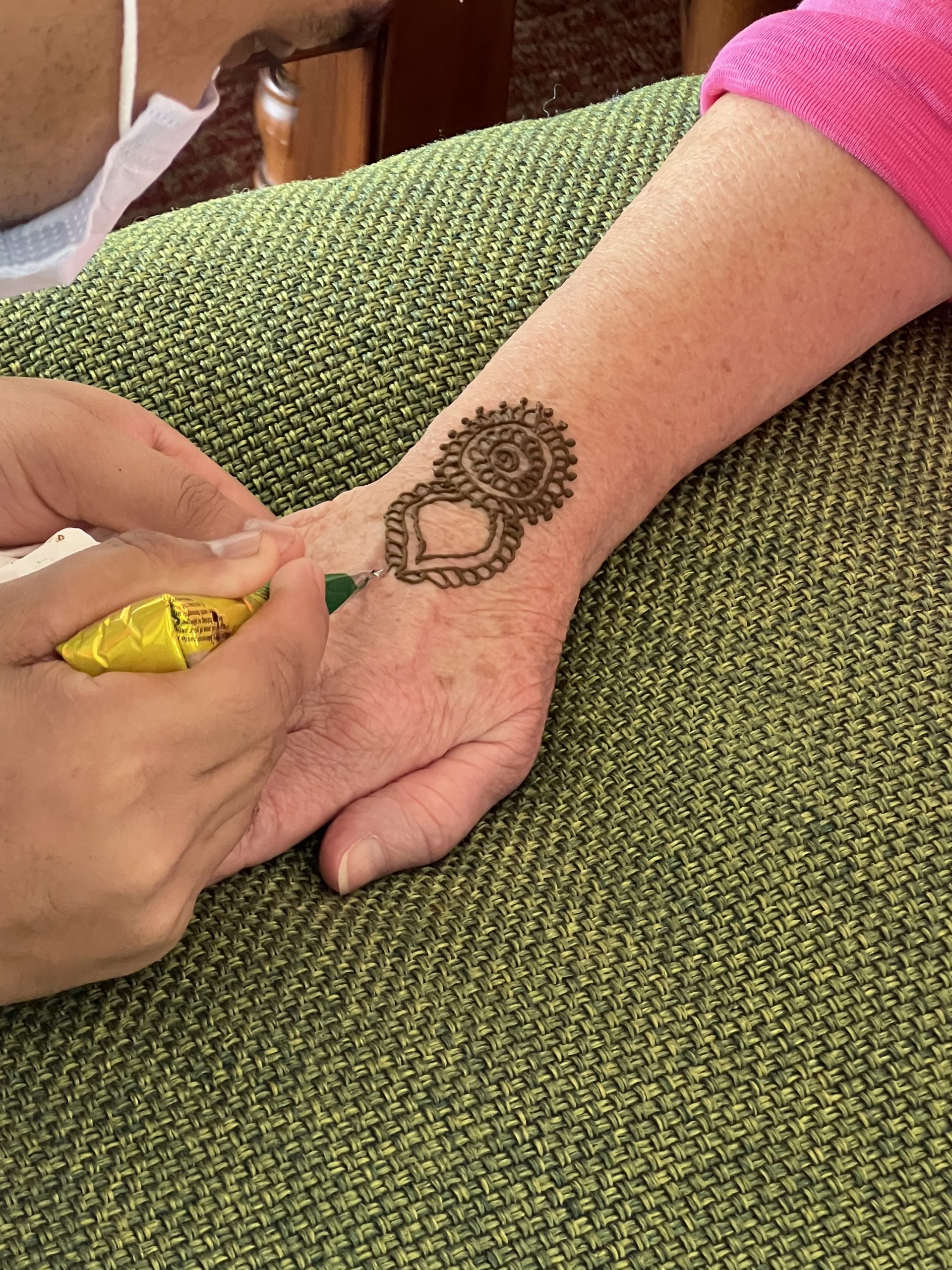 Henna day on our ship. 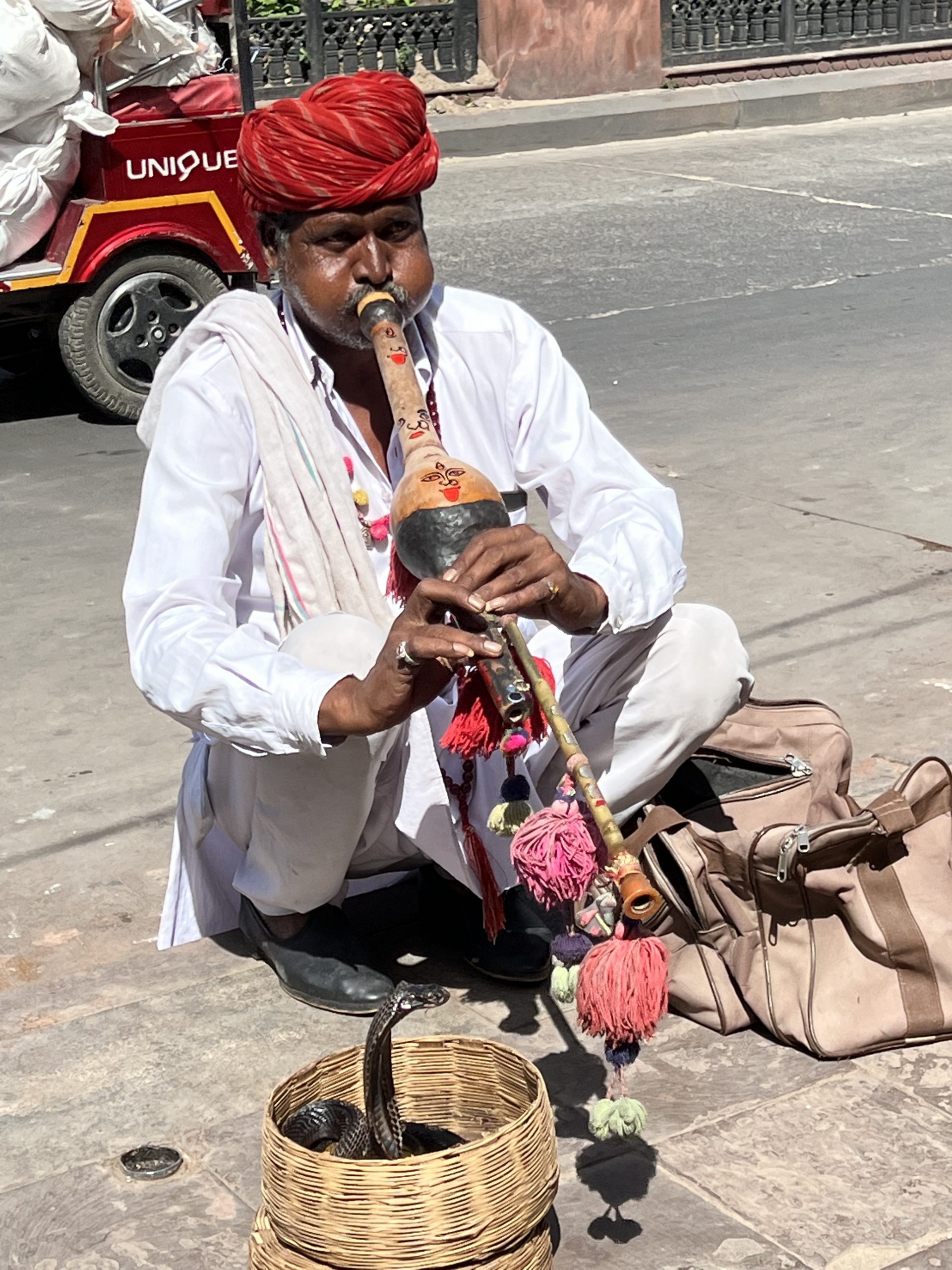 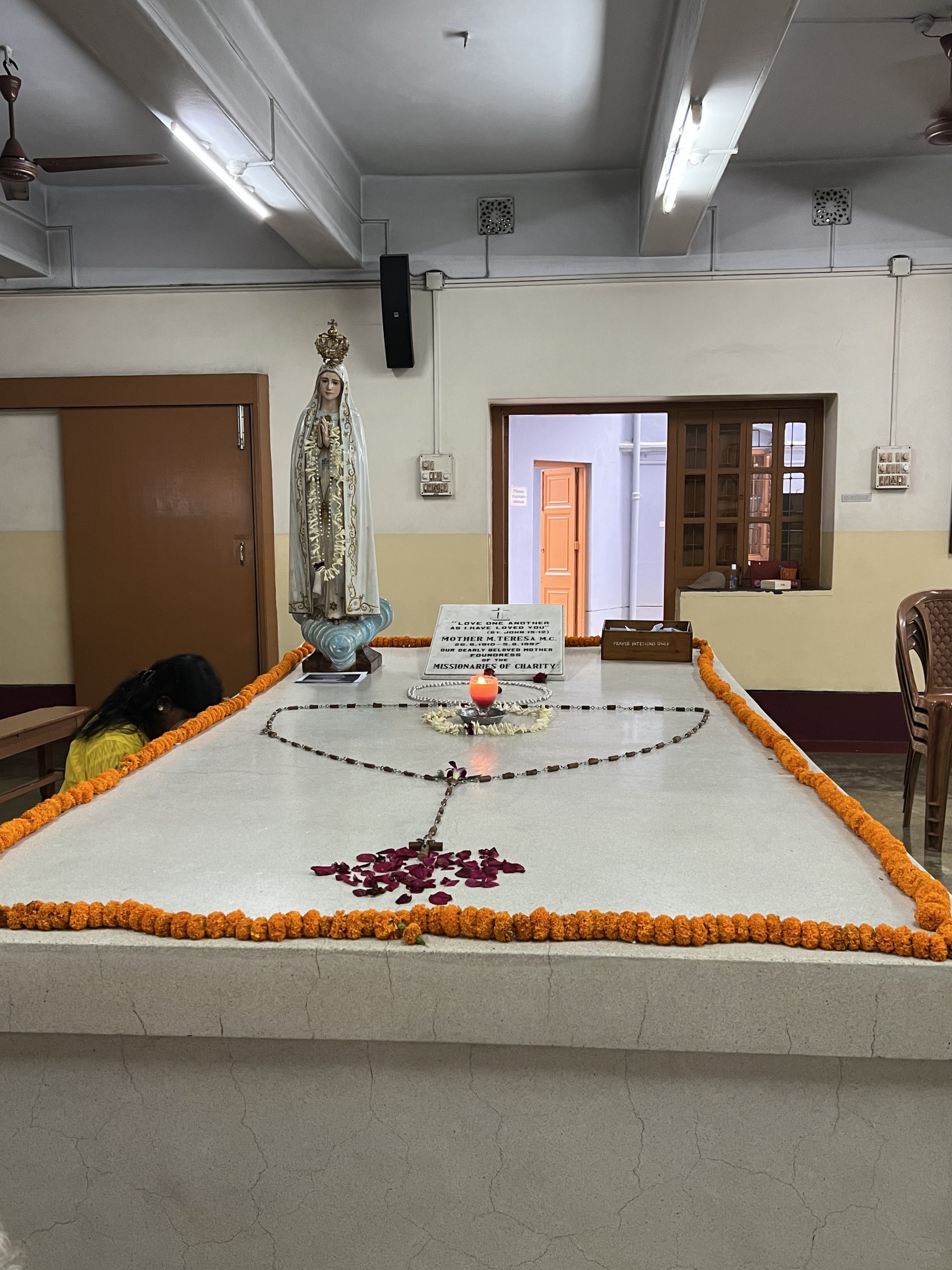 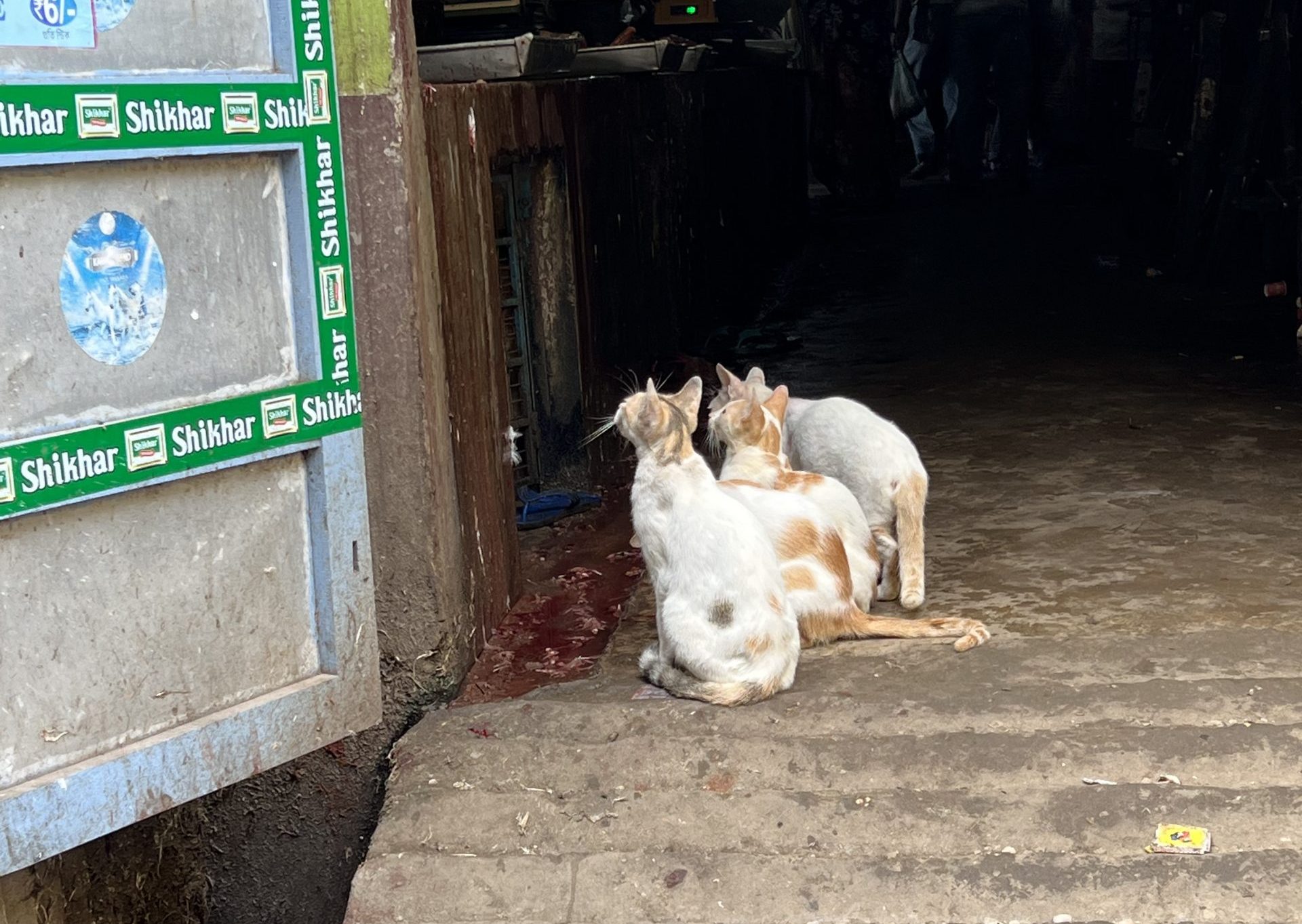 Kitties at the market waiting for scraps. 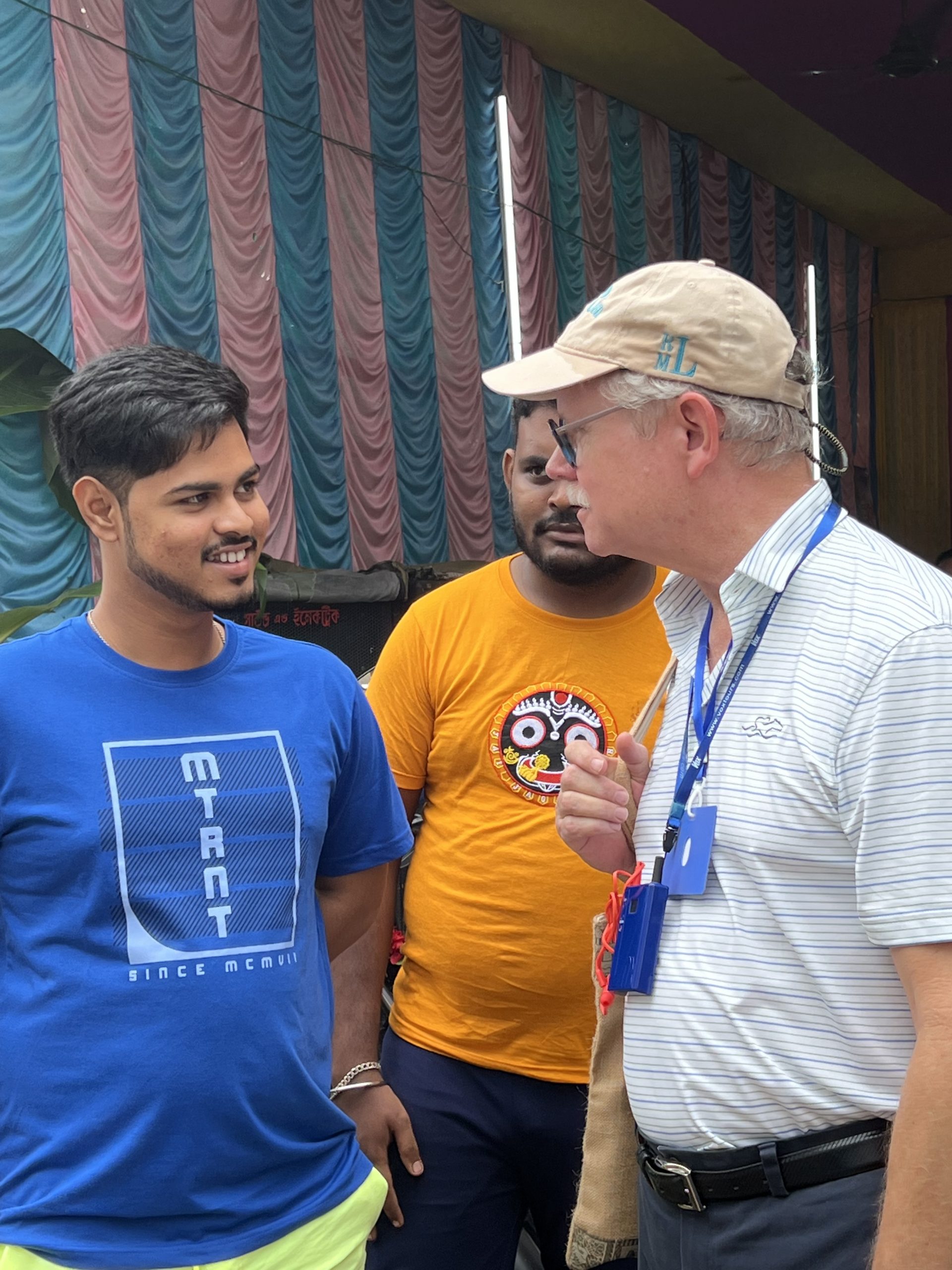 This really nice young man approached Rick and asked where he was from. These guys love to practice their English. The locals are fascinated with us. I can’t begin to count how many times people wanted to take a selfie with us or take our picture with their children. And don’t get me started on my blonde hair as a magnet! 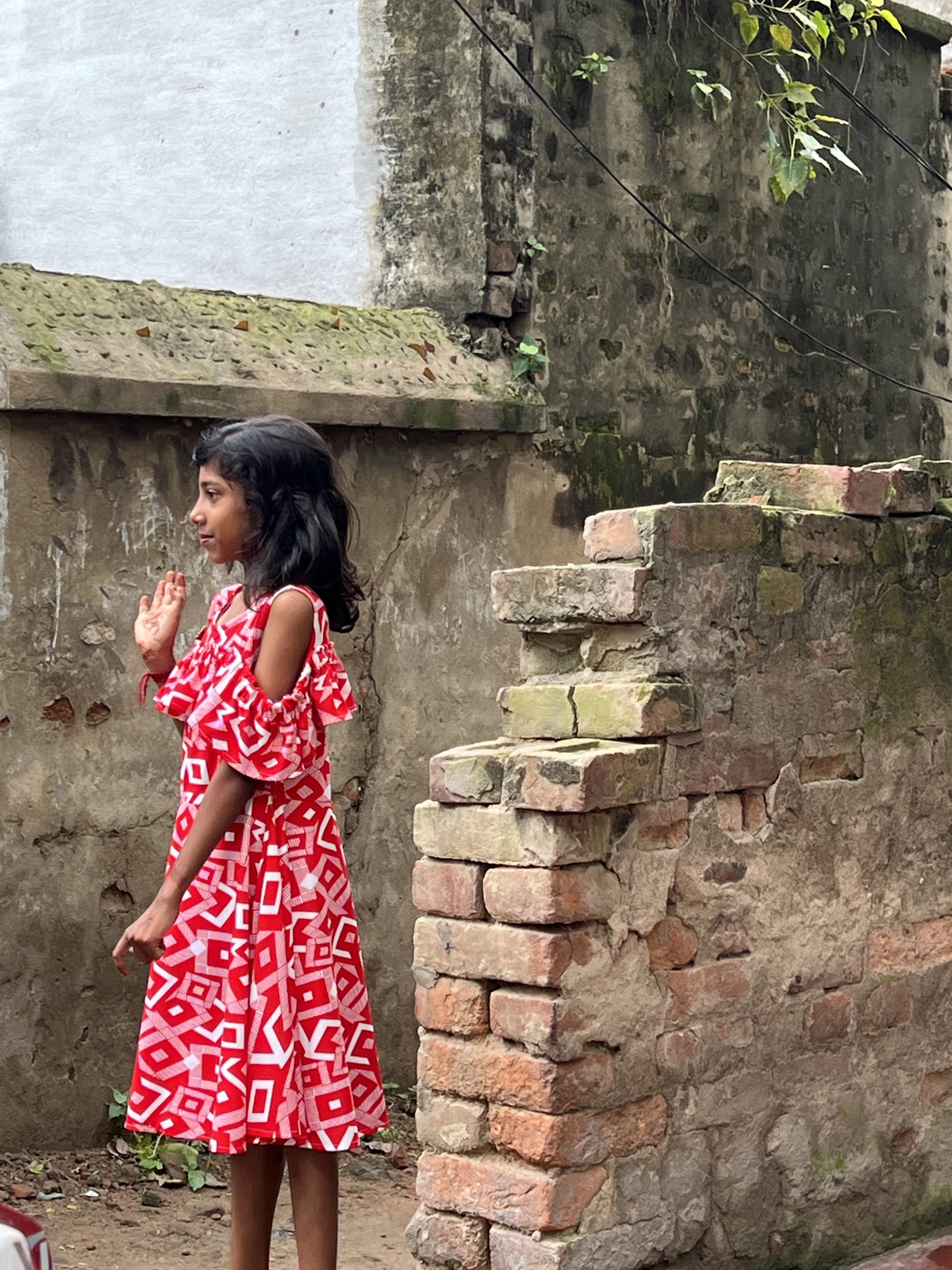 This sweet girl came running to say hello to us! 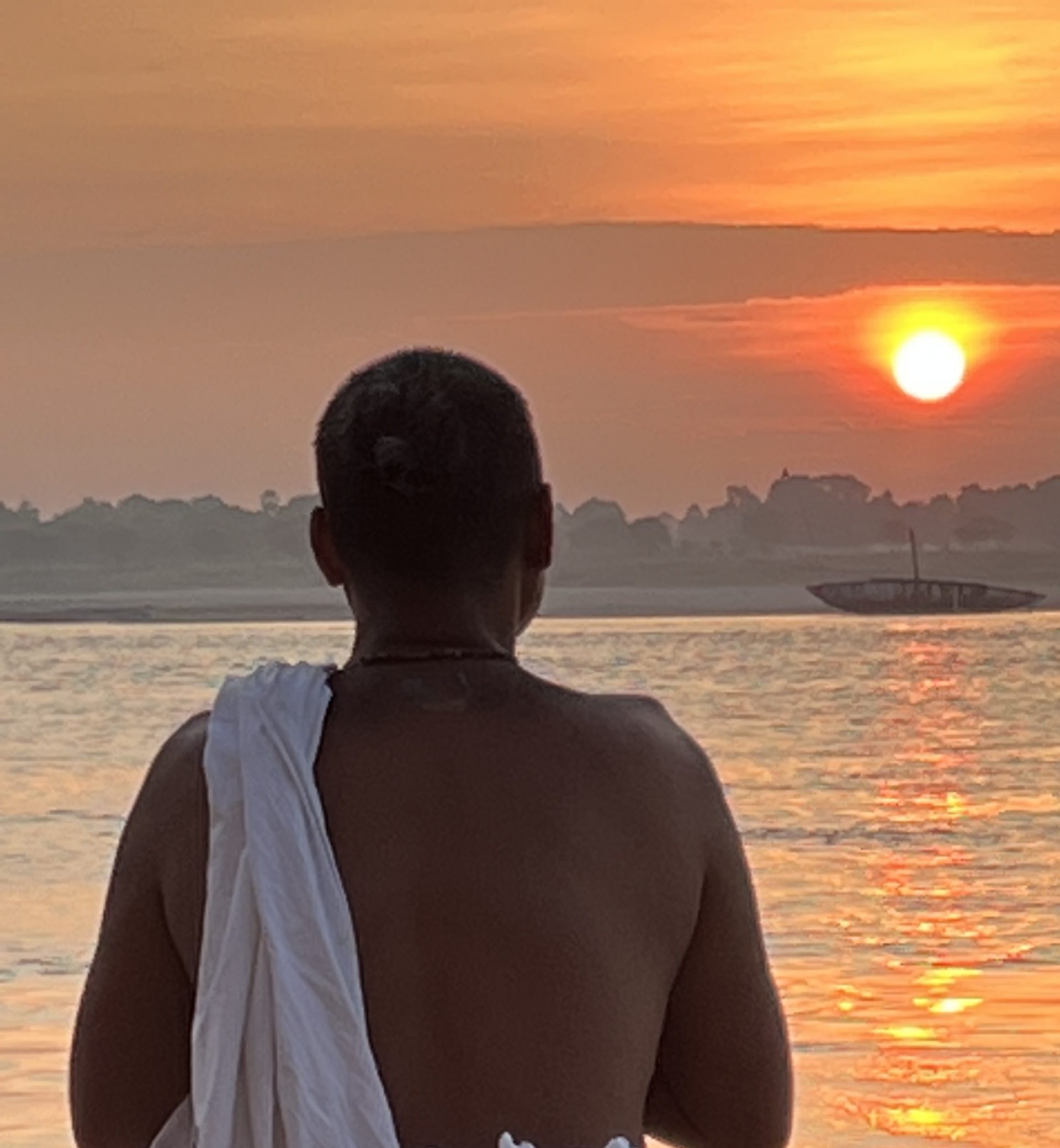 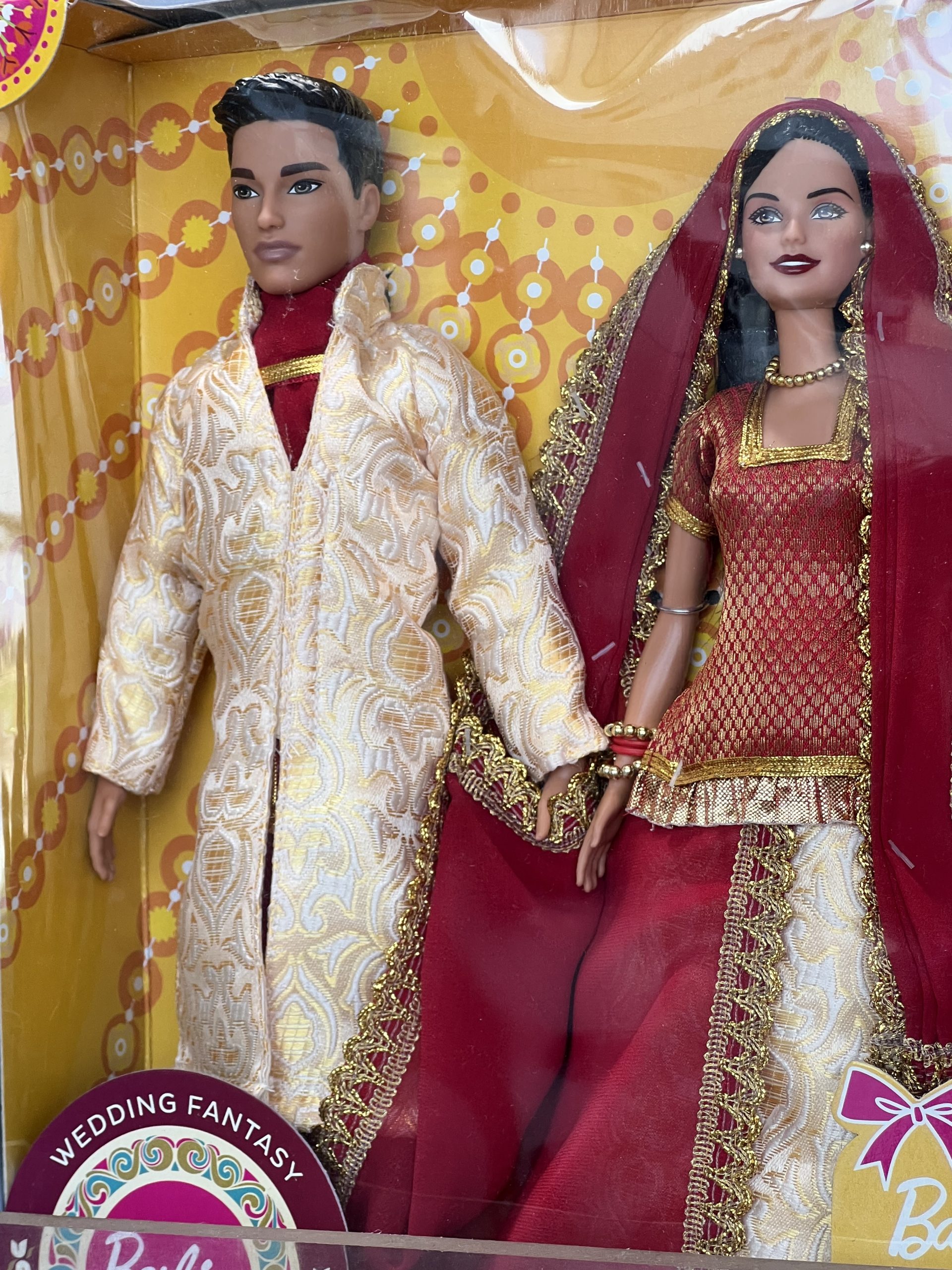