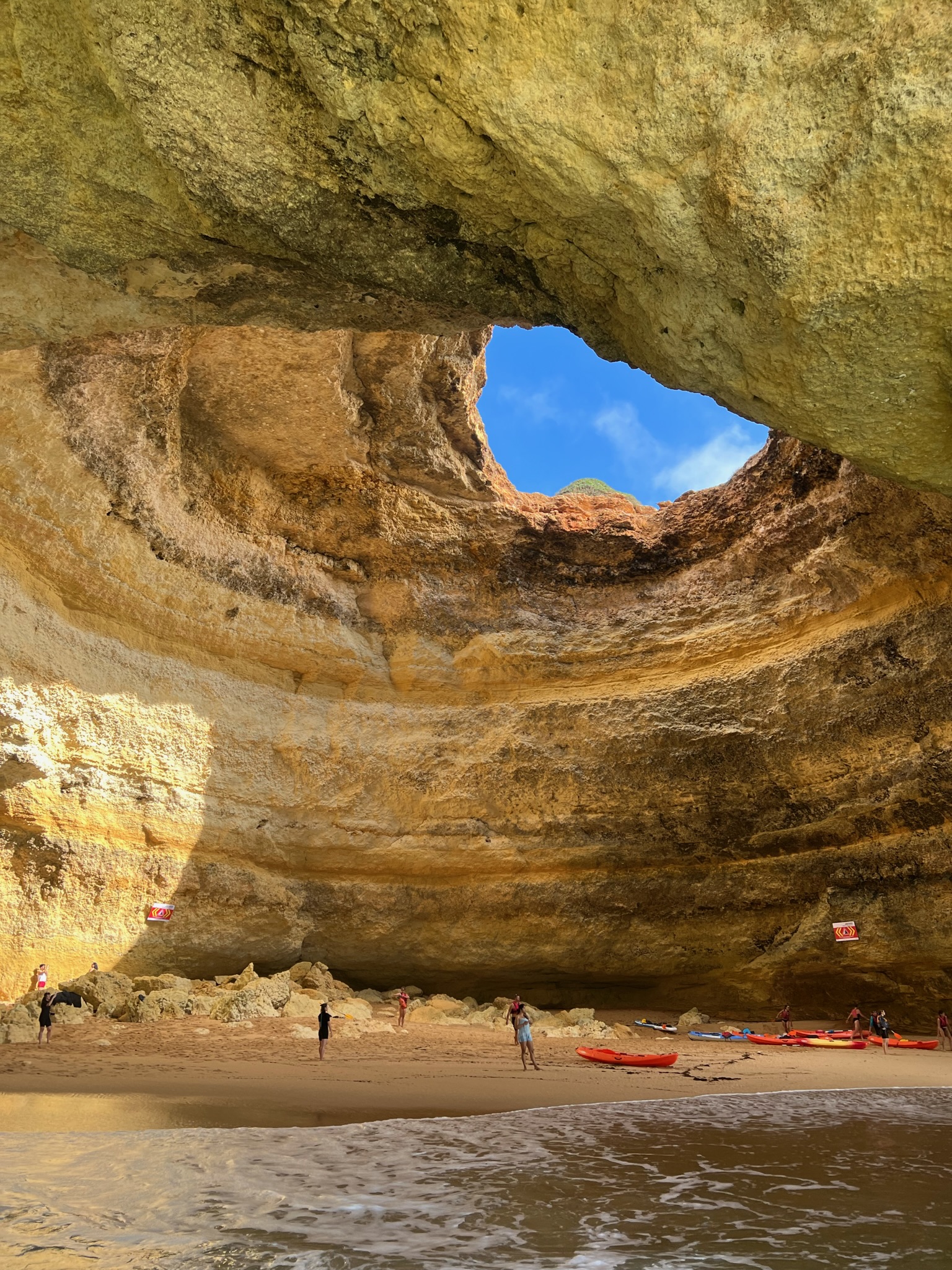 If Fred Flintstone went looking for a new cave after Pebbles was born, Wilma would have gone ape over the Benagil Cave and insisted that they make the move. She would have loved “The Eye,” a large natural skylight. The wide sandy beach would appeal to her, too. Pebbles could play there for hours every day. Barney and Betty Rubble would have been terribly jealous. The minute I saw the cave for the first time, I recognized it because I have seen it many times as a beautiful image that pops up when I first turn on my computer. I am sure that there are lots of people also recognize it from their screens, too.

But we are not in Bedrock, the Flintstone’s hometown. We are sailing along the coast of the Algarve region in the southernmost part of Portugal. It is incredibly beautiful and the shoreline is dotted with sea caves. The fishermen of old named the caves to help identify their location before GPS came along. Carved by erosion caused by the pounding of the Atlantic over millions and millions of years, the caves are as varied as their are numerous, but the Benagil Cave is the most famous. It is well known because of its combination of the skylight, several access  points, and the wide sandy beach. Long story, but there is a layer of limestone on top of much harder rock, so as the limestone eroded, the eye opened up. The cave is bathed by a flood of natural light which is something most caves lack.

Being in the cave sparks all kinds of romantic scenarios. It would be a great place to spend a day or a night. Unfortunately, it’s crowded with tourists most days and probably illegal to camp there, but sometimes a girl’s just gotta dream. Even a cave man would love it. We have lots of pictures of the coast but I will try to limit how many I post. It was a beautiful day in the RIB (Rigid Inflatable Boat) and we took way too many pictures. I hope you enjoy. Yabba dabba doo! 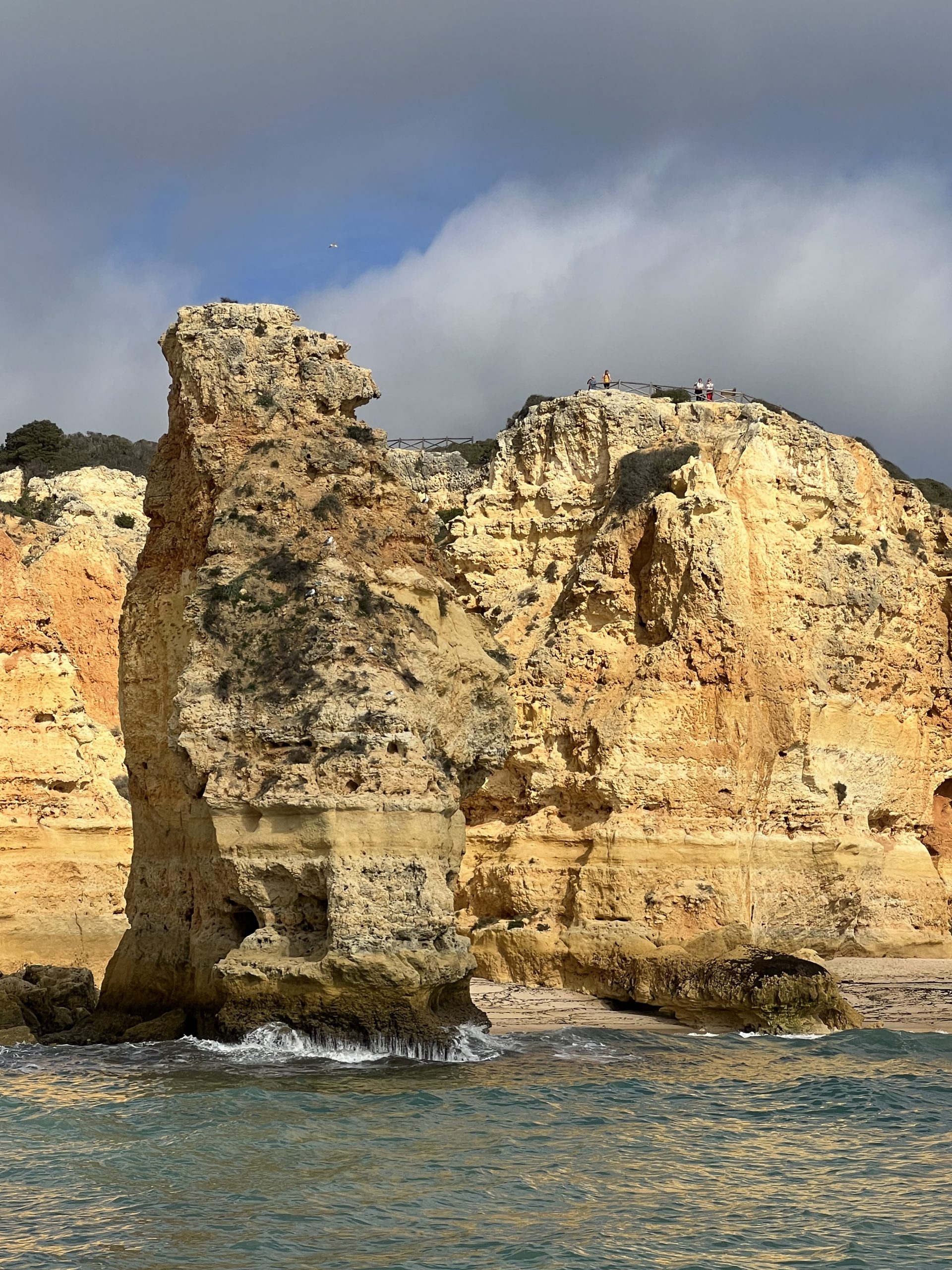 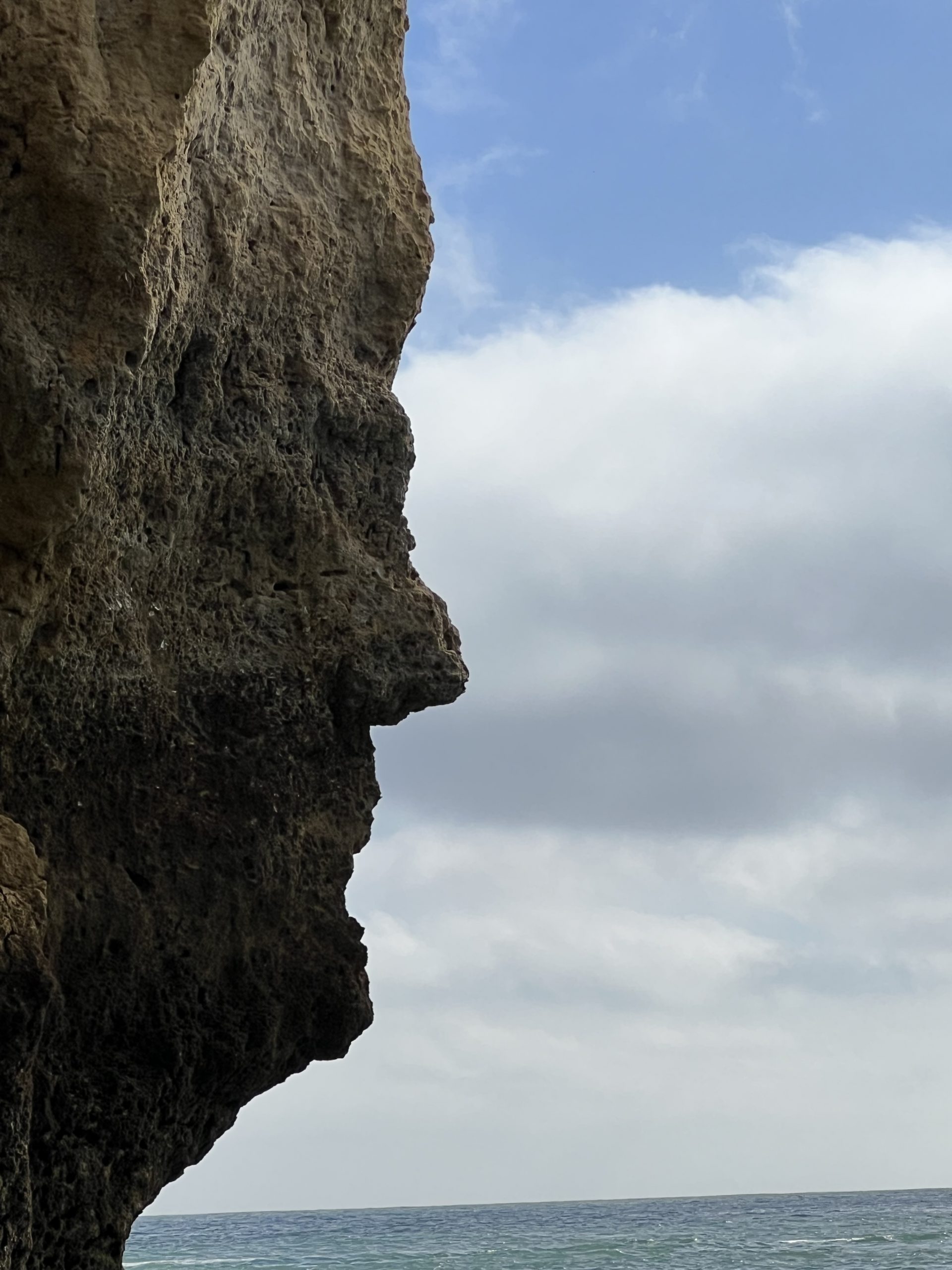 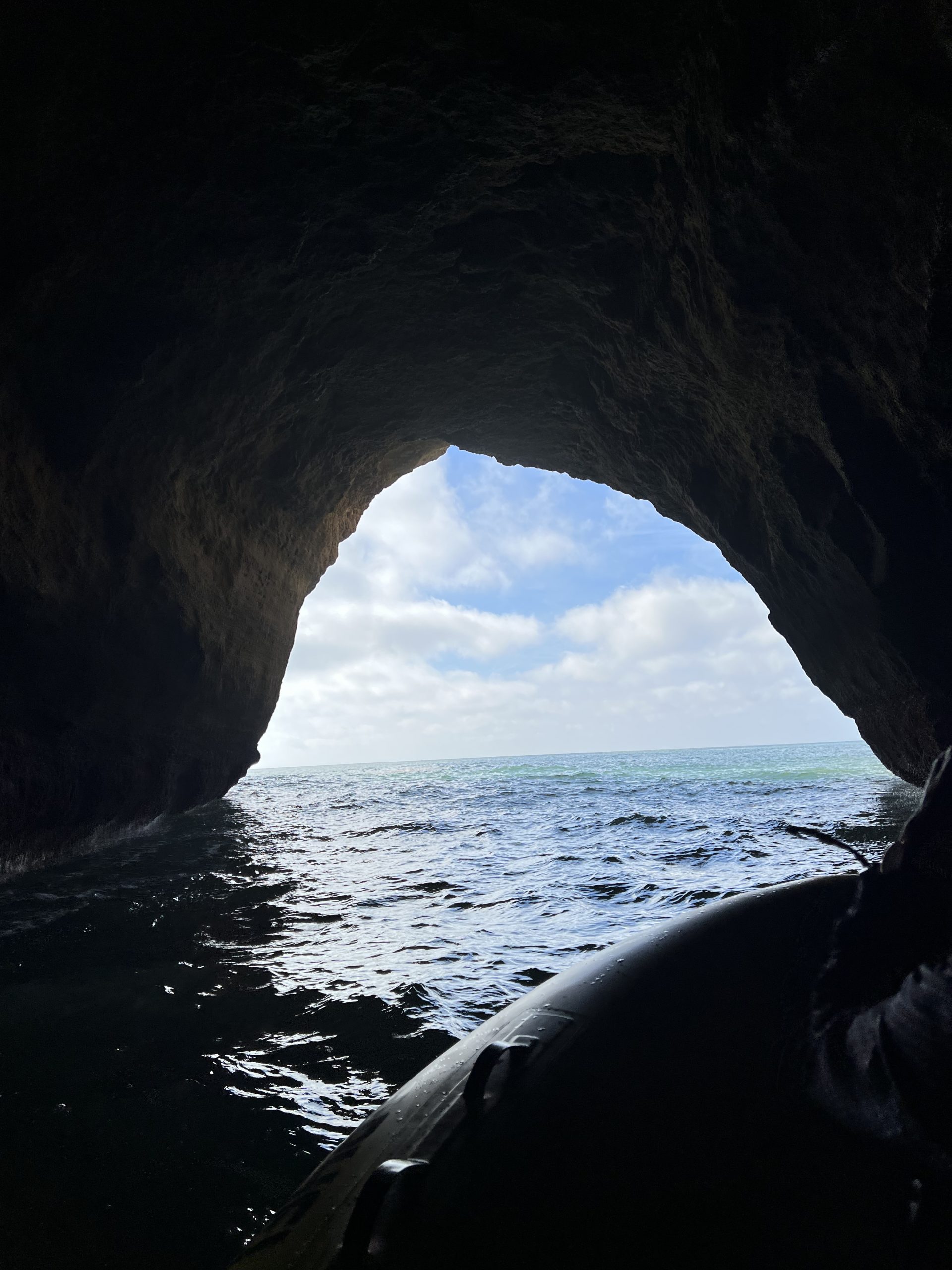 No animal or fictitious character or person. Just nature in all its beauty. Obviously, this cave has no skylight. 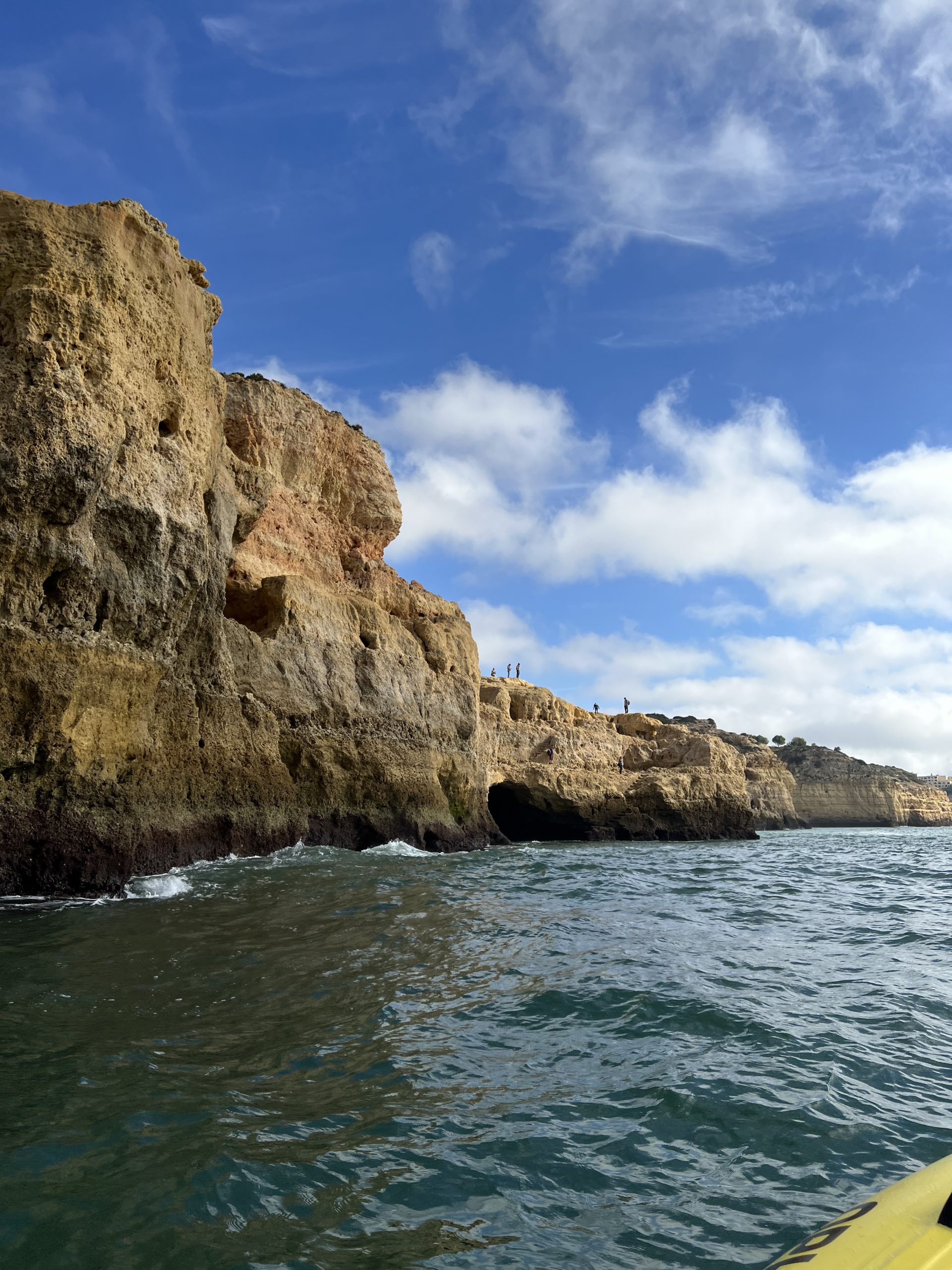 The only constant along this coastline is change. 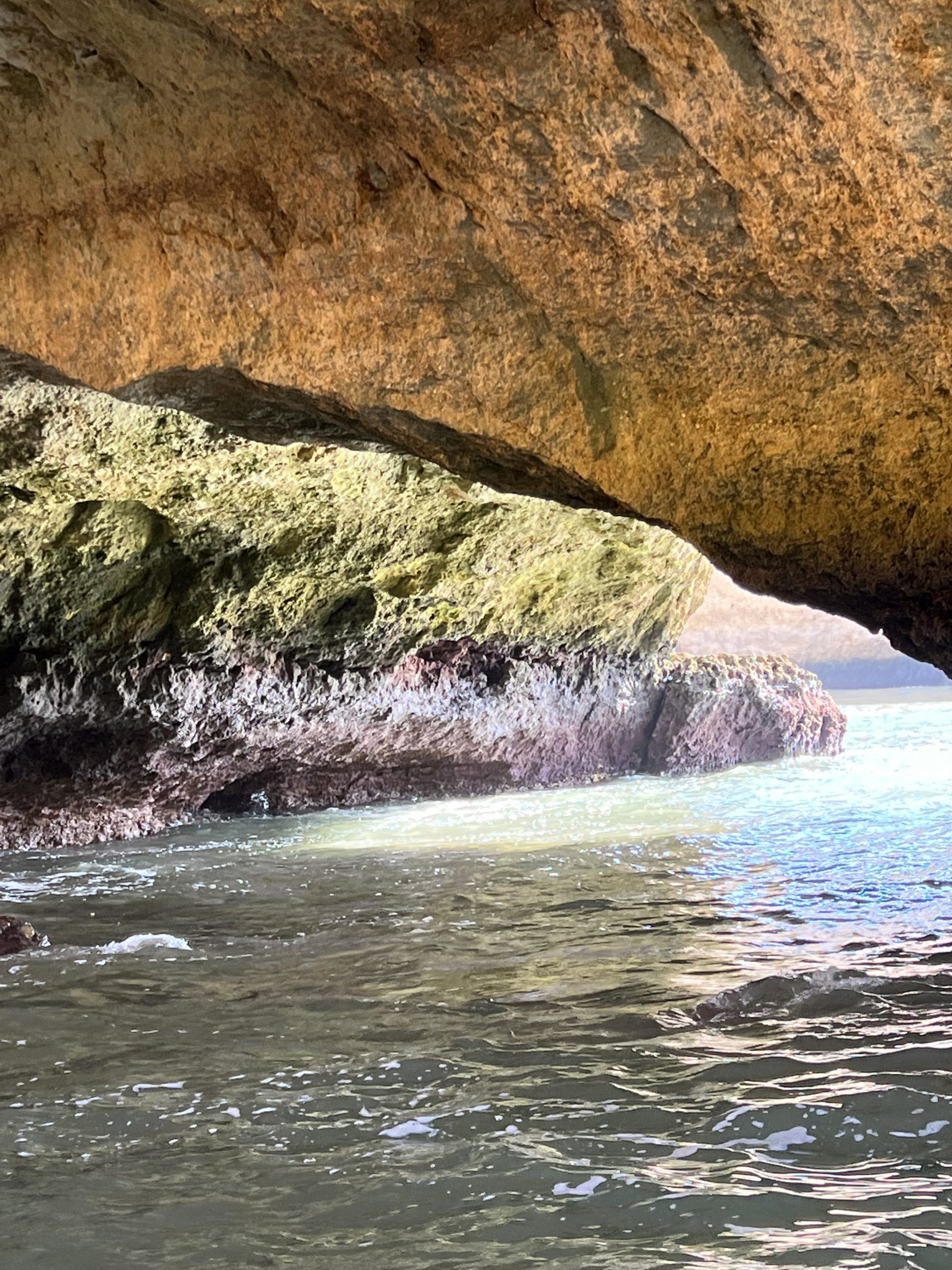 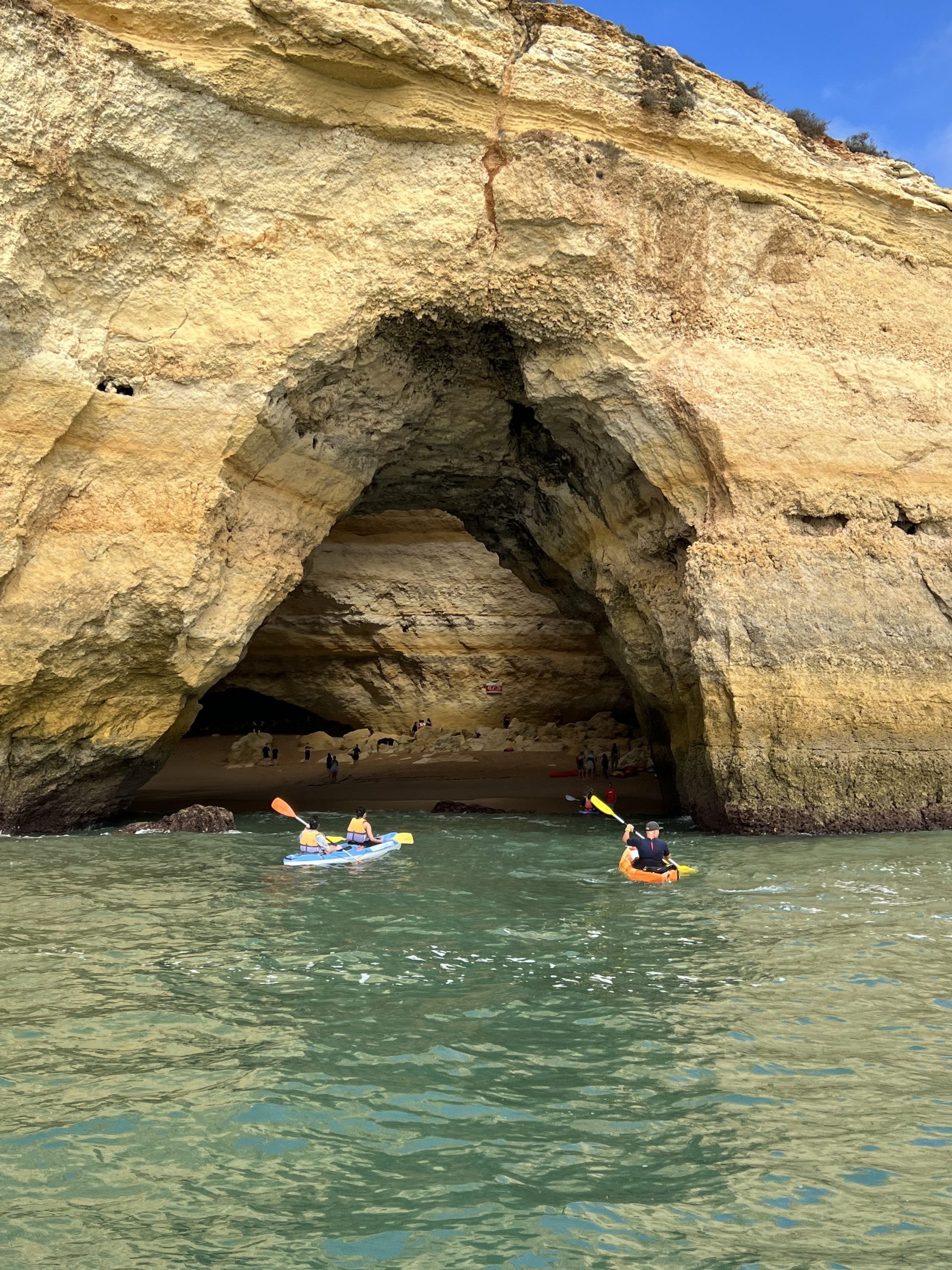