Oh, my. We were blown away by the poverty in Ghana earlier this week, but it turns out that Ghana was the warm-up act for Togo. I think many people came in from the tours yesterday afternoon shell-shocked. It has taken a little time to process what we saw. I am going to write about several topics that I can’t let go.

Our first stop was at the Akodessawa Fetish Market. I’m not talking “kink” here; I’m talking about voodoo. This is the largest market of its kind in the world. Everyone walked around with a “now I’ve seen it all” look on their faces. Animal skulls, dolls full of pins, monkey heads, animal and reptile skins – they had something for every kind of voodoo ceremony imaginable. Some looked a bit “fresher” than others, and not in a good way. Our guide had warned us before we arrived that we might have a problem with the smells and I was fully prepared to race back to the safety of the bus, but it didn’t smell bad, so we were able to see more than we wanted to see. And we are finding it hard to “un-see.” I stopped our guide and asked him how often one participates in a voodoo ceremony. I had difficulty with his accent, but I got the gist of it: the frequency of the ceremony depends on what issue you are dealing with. The same goes for what “supplies” you will need for the type of ceremony being held. I returned to the ship and took a quick look at voodoo online. I was surprised that somehow Catholicism got all twisted up with voodoo. I decided not to go down that rabbit hole. Instead, I resolved to let it suffice to say that certain aspects of Catholicism plus native African religions mixed well for a long period of time and stewed over by enslaved people moving to and from Africa and the Caribbean equals a big helping of voodoo. The main religion of Togo is Catholicism and I would love to know how a faithful Catholic can square his Catholic beliefs with voodoo. But since we “threw off the lines” of the ship at the dock in Lomé and are sailing toward Saõ Tomé and Principé, I won’t have the opportunity to ask anyone. It’s just as well; it probably wouldn’t make sense to me anyway. Here are a few pictures from the market. 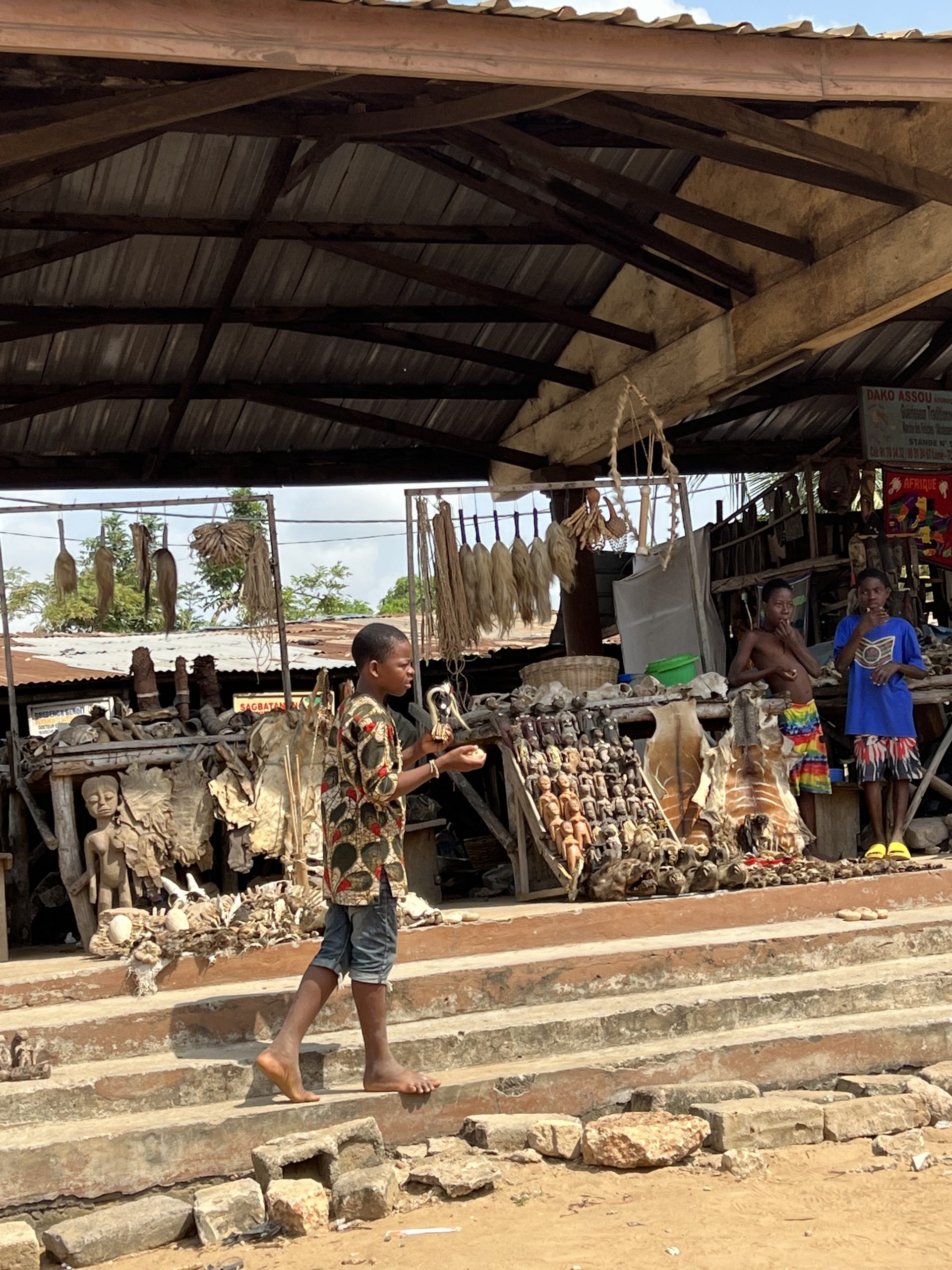 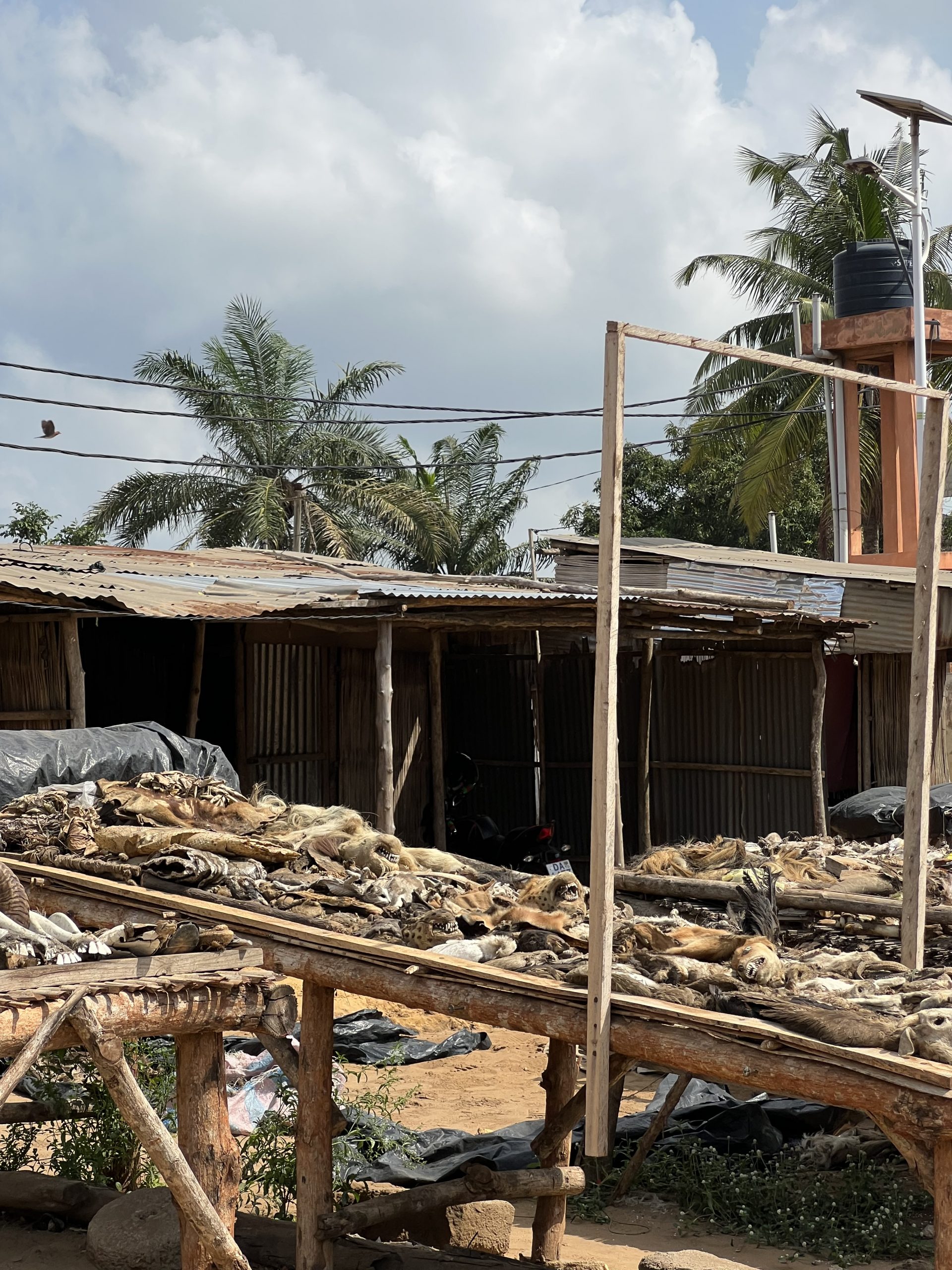 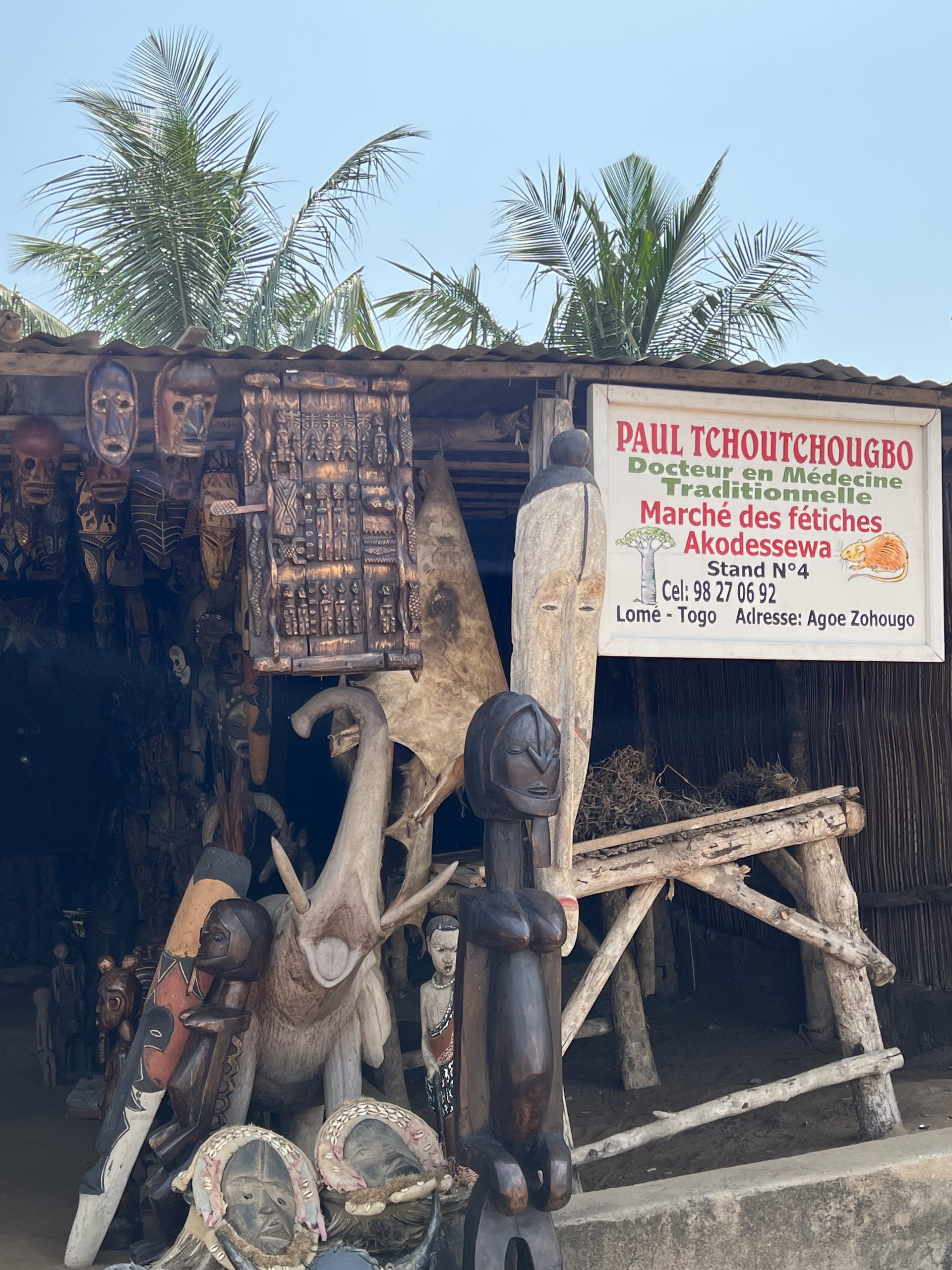 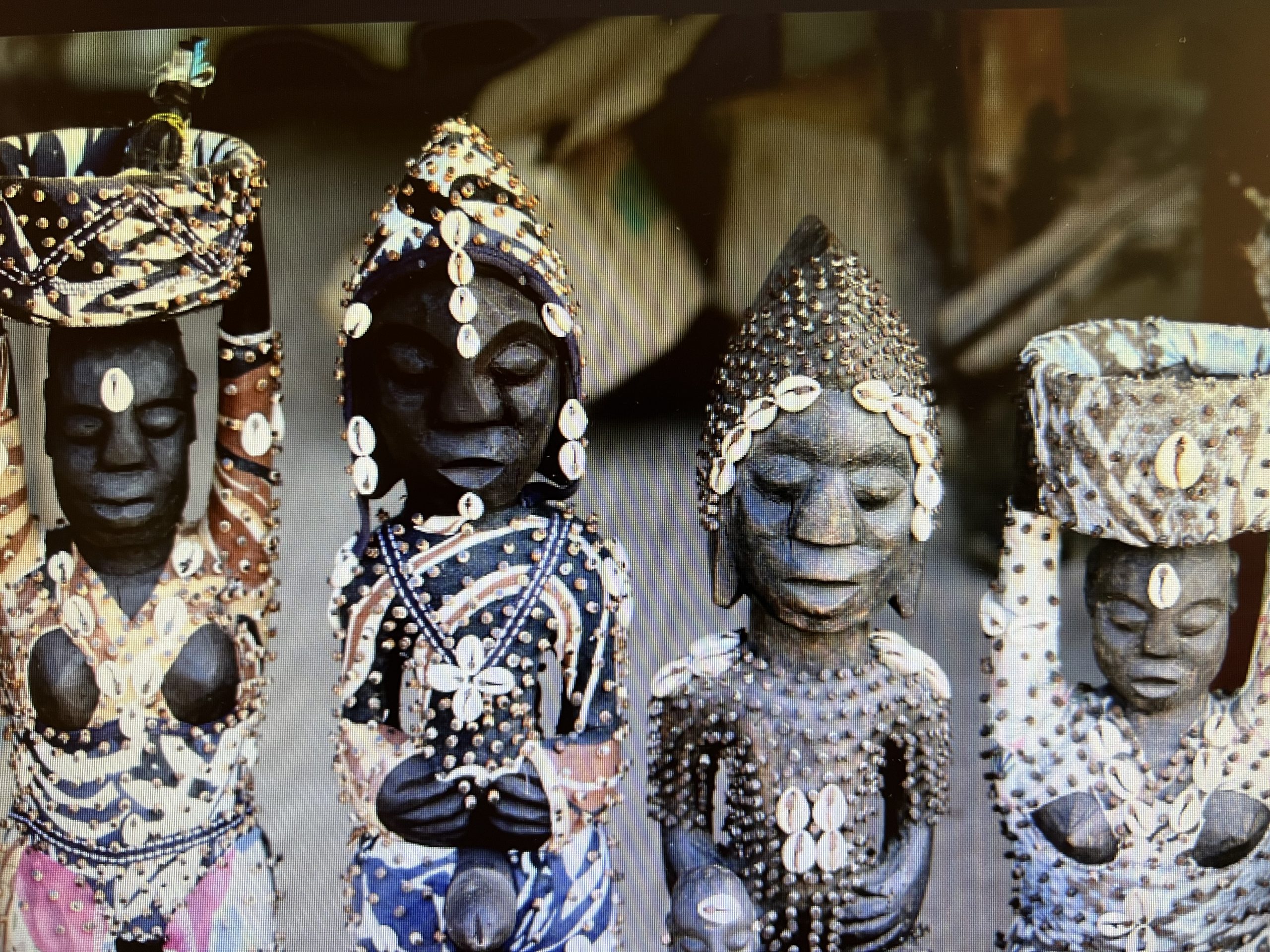 We left the fetish market and drove to a nearby village where we were welcomed with lots of singing and dancing. The “Paramount” of the village came out and walked through the crowd waving to us and welcoming us to his village. It was quite a ceremony. Don’t know why we were honored guests, but it was a very warm and welcoming gesture. Below are a couple of pictures of the proceedings. 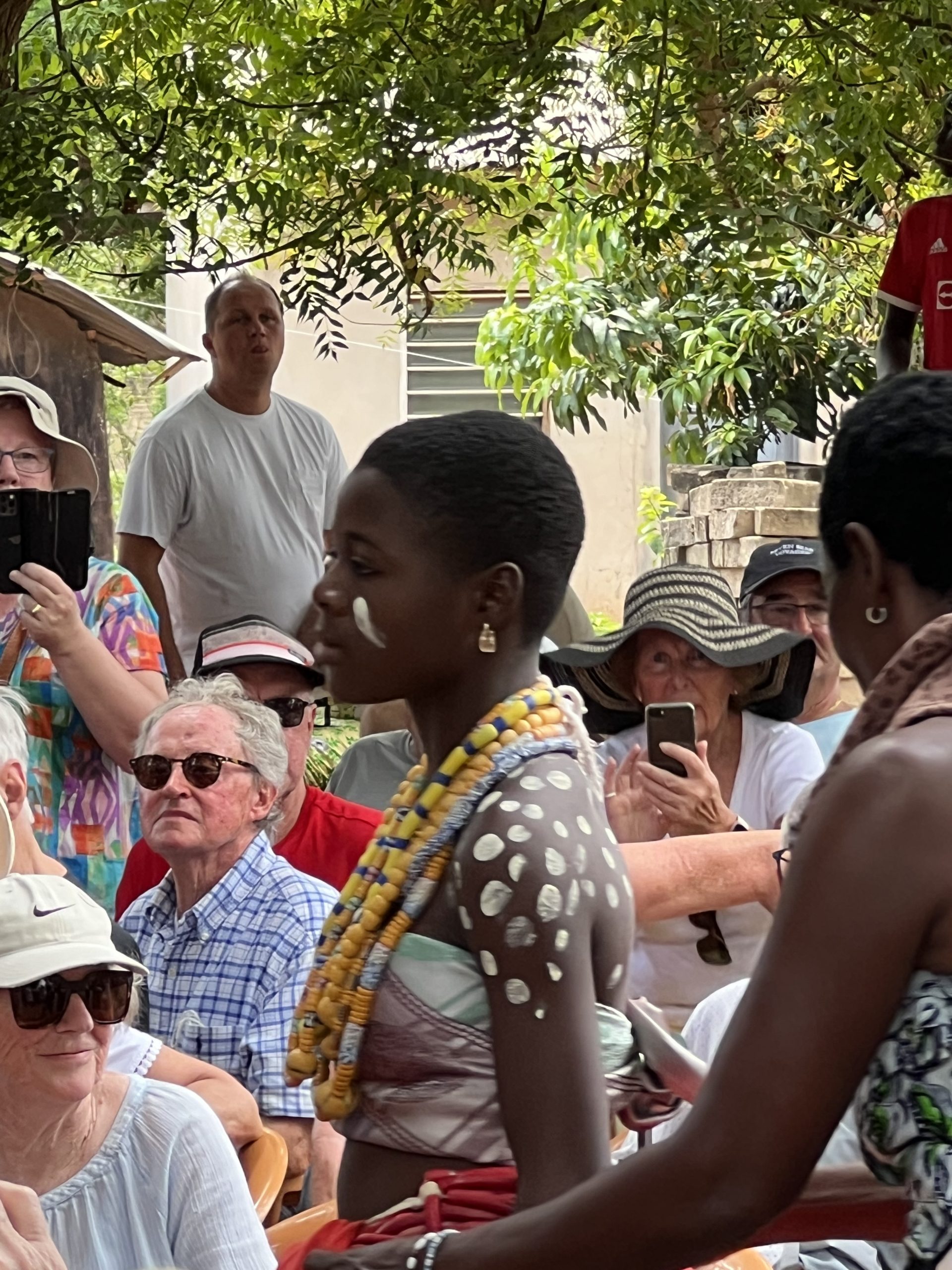 There was a lovely processional before the “Paramount” came to greet us. 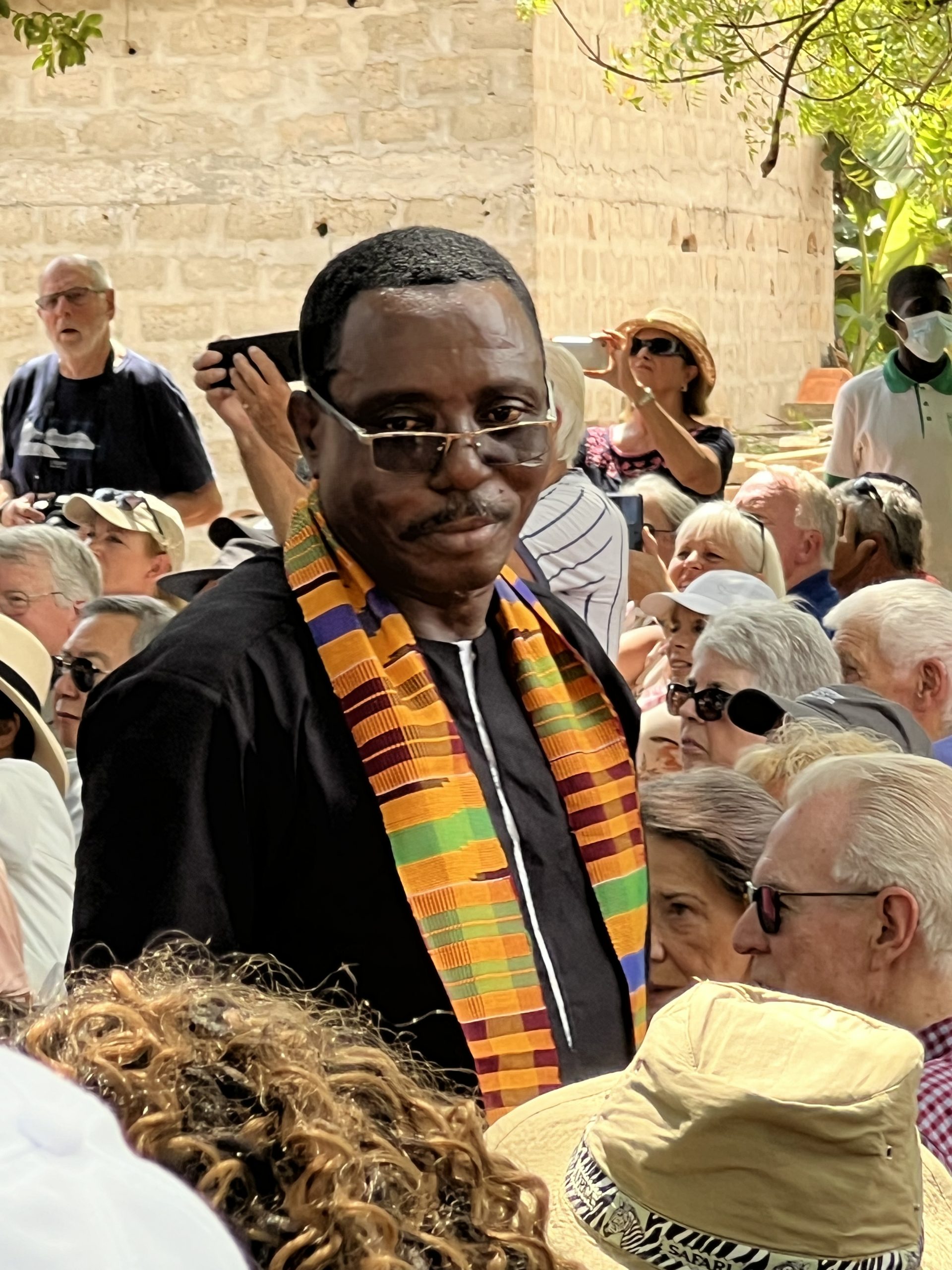 From the village, we drove all over Lomé, the capital of Togo. The bus driver got lost. It was good to see so much of the city, but I began to fret about what we might miss driving around. We stopped twice for directions and finally somehow managed to stumble upon the school that was our destination. It was Sunday, so school was not in session, but the children and teachers came to show off their school to us. The children sang their little hearts out for us and we were welcomed to visit the classrooms. In one classroom, we struck up a conversation with a man who turned out to be the teacher. He told us that he taught seven and eight years olds. We asked him how many children were in his class and were blown away to find out that he has sixty five children in his class! We wished him all the best and left shaking our heads. Below are some of the pictures. 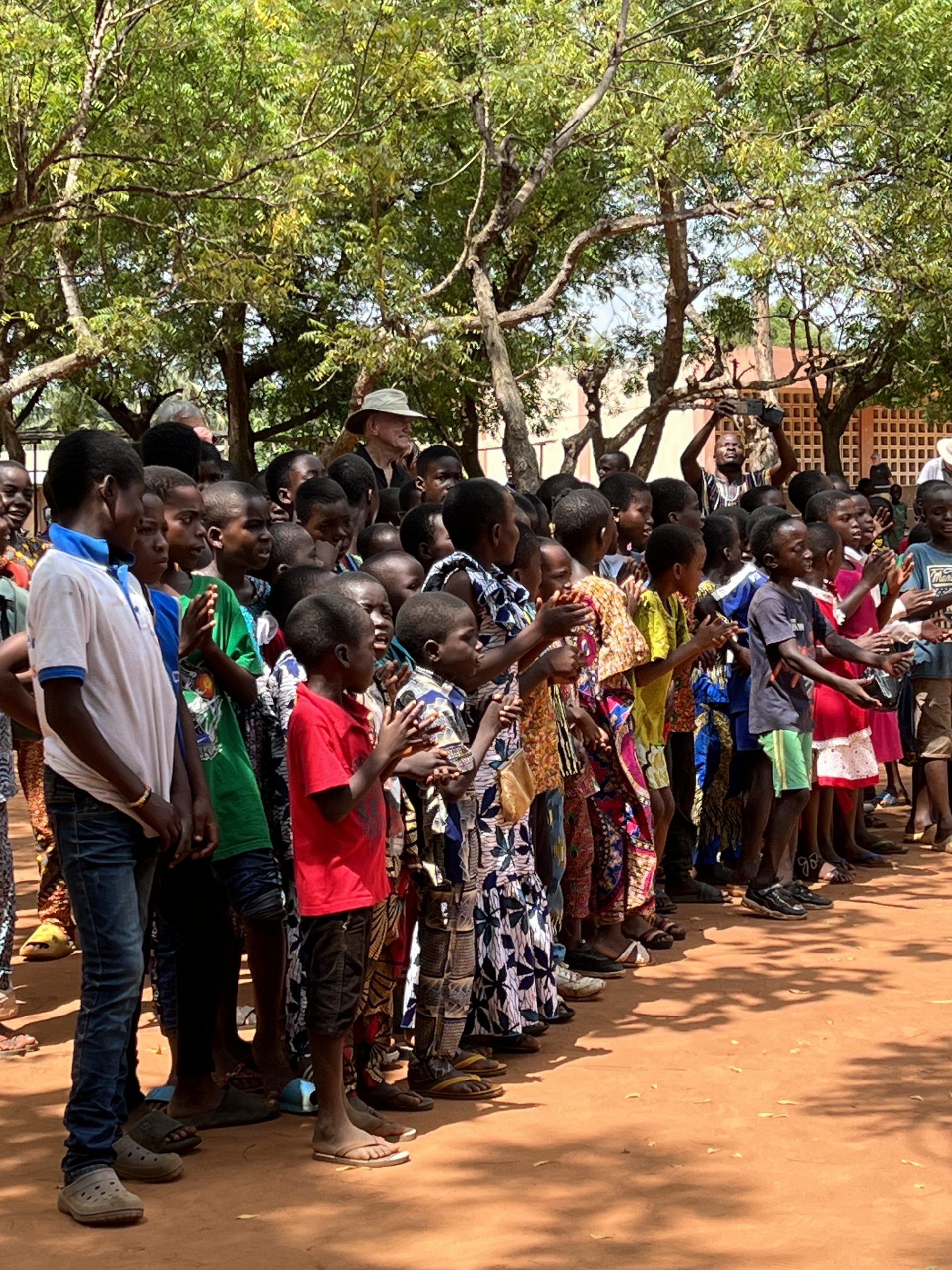 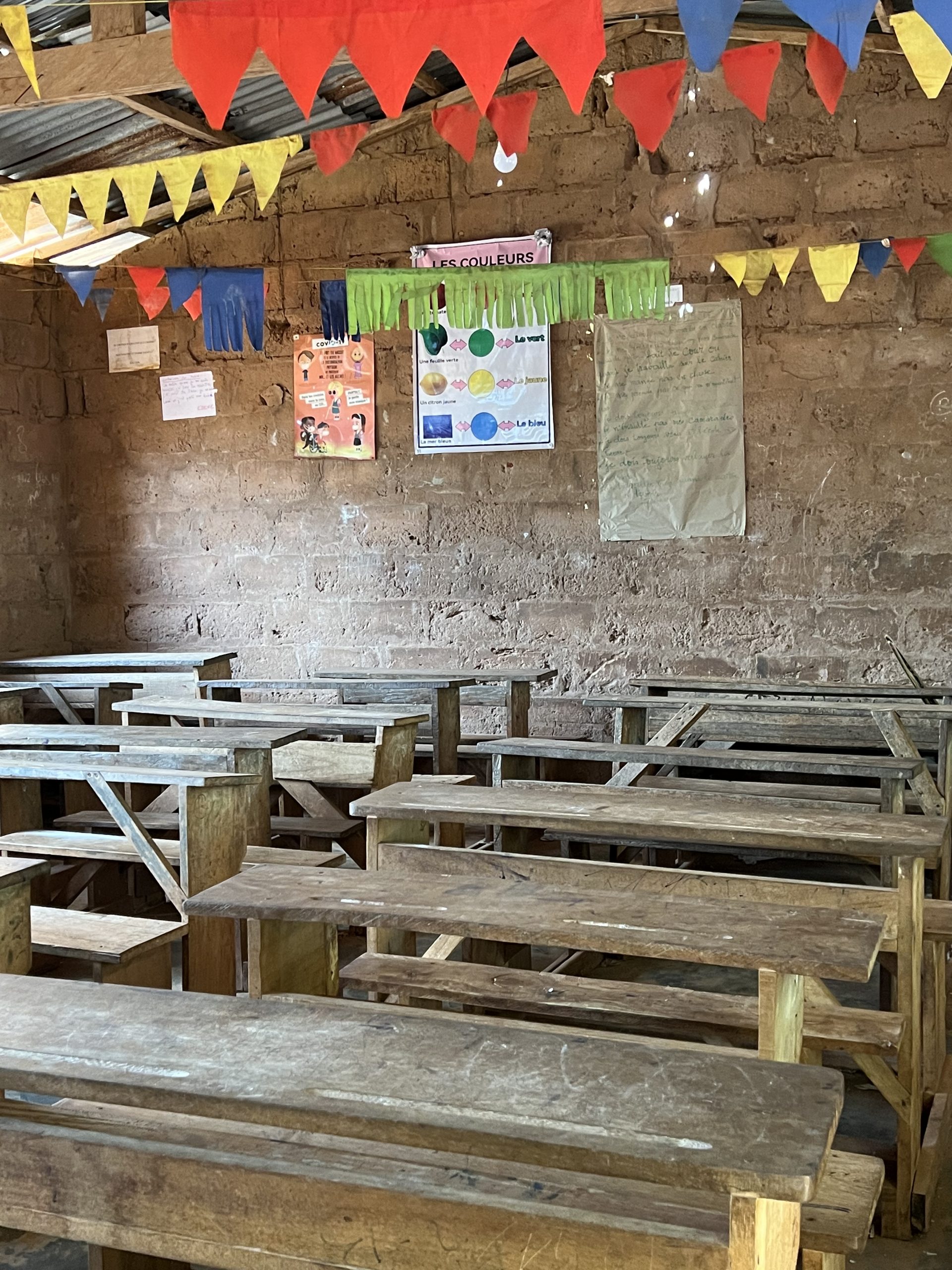 I awoke this morning full of regret that I had not known in advance that we would be attending a school like this. Just imagine what a luxury cruise ship full of people could do for that little school! If everyone spent only ten dollars, we could have brought pencils, paper, puzzles, and all the things the school children need for at least a year or two and probably more. Such a missed opportunity!

Travel should awaken us to the needs of others and present us with an avenue to do something for those with so little. That’s why I often go to a website called “Pack with a Purpose” before we leave on a journey so that I can find out if there is some way to give needed items to locals wherever we are going. You can buy a lot of things at the dollar store that are really needed and fill up the gaps in your luggage, leaving room to bring home souvenirs in those gaps when you return. You can’t believe how happy you can make a woman in a third world country with those lipsticks and creams from a department store “gift with purchase” that you know you will never use. I have seen women burst in to tears and try to hug me for giving them just a small item such as a tube of lipstick that I had no need for or interest in. Anyway, since I am never shy about giving input, I will tell the cruise line that they need to look for ways for their guests to help the locals when they come this way again. The travel industry should do more to build a deeper understanding of the people and places we visit by helping us find opportunities to get involved. It makes everyone feel good. 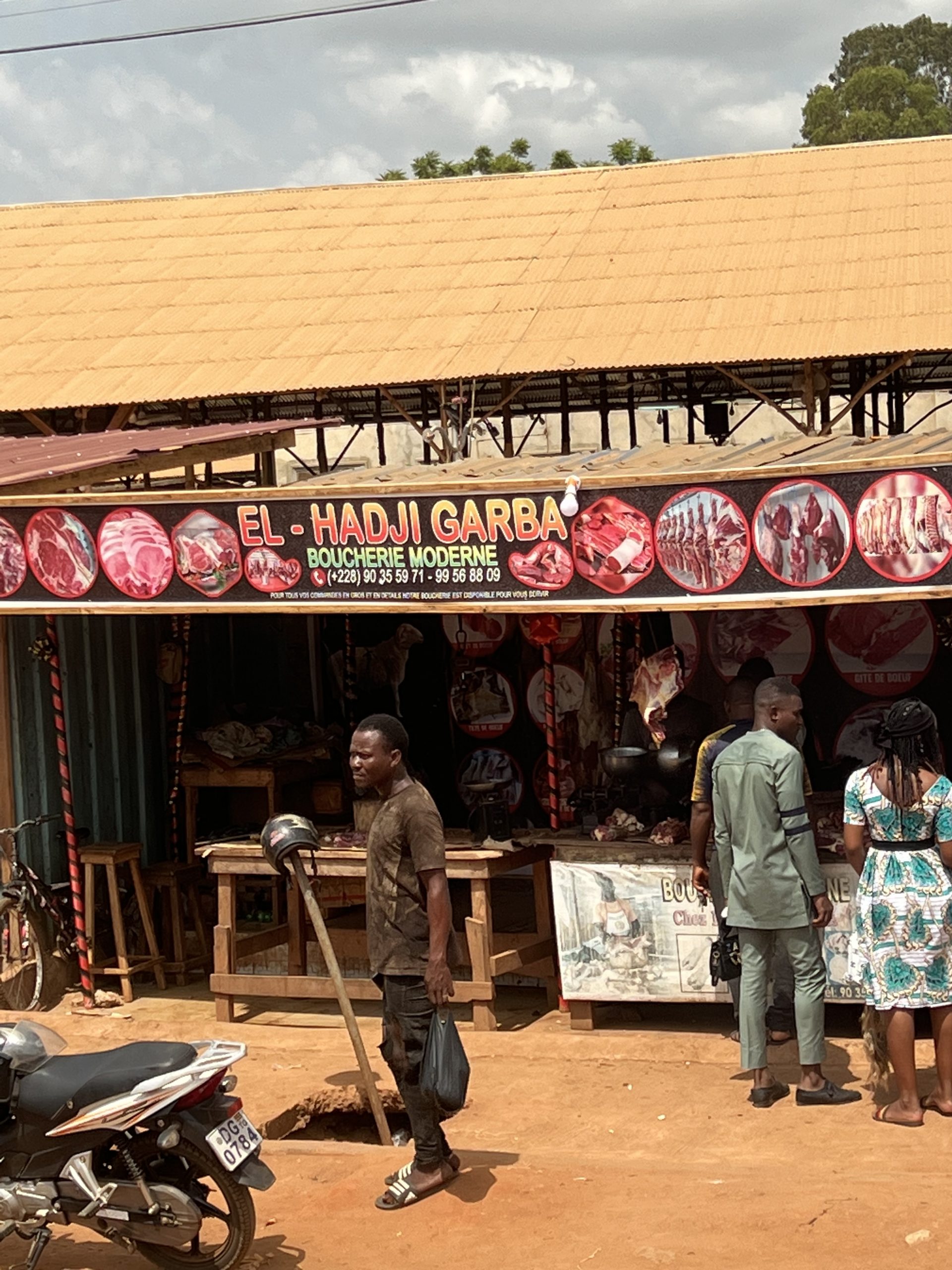 Feel like some beef for dinner? Just know that it has been out in the oppressive heat for a while. 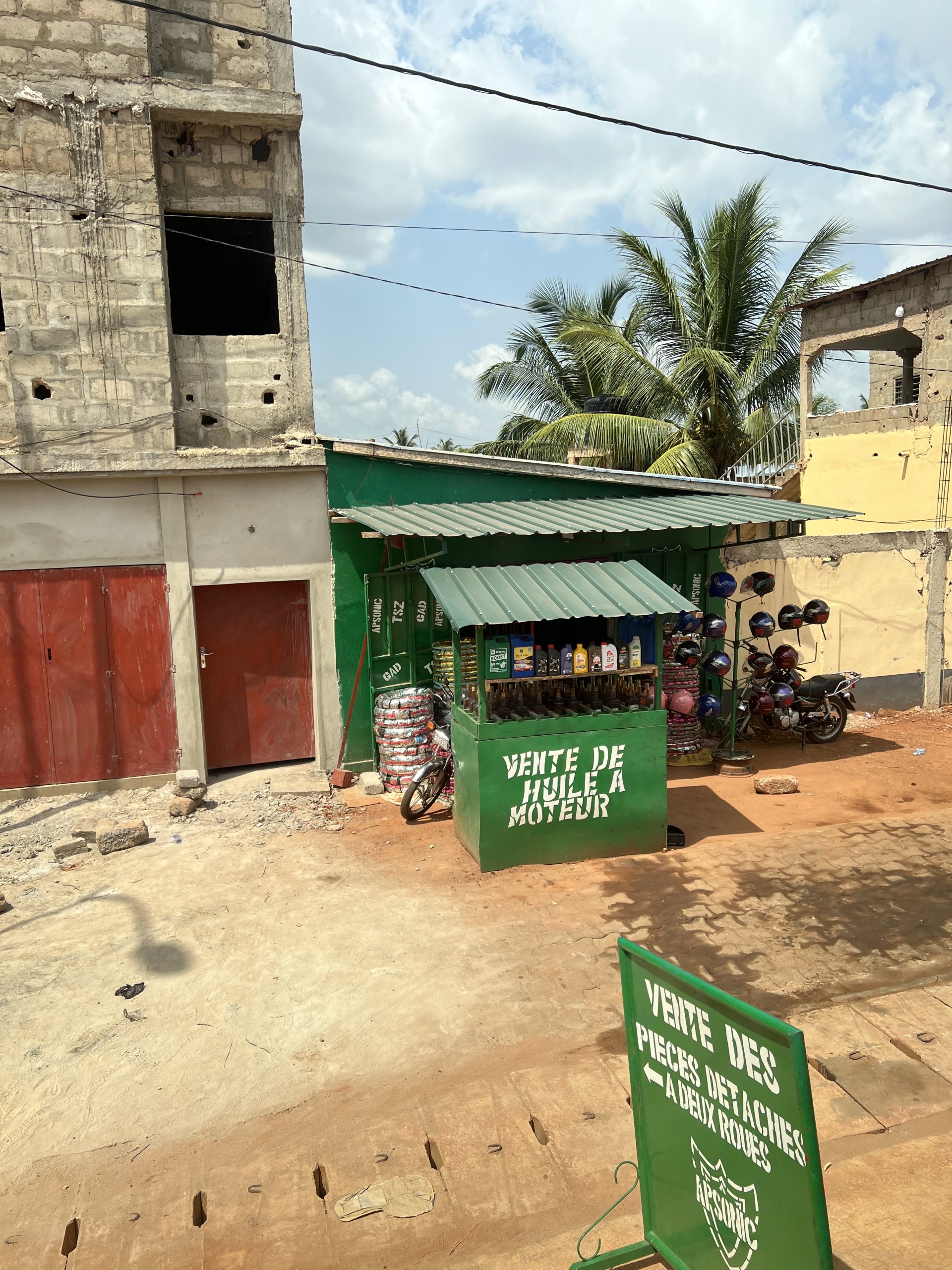 Everything you need for your bike or motorcycle: gas, oil, tires, even helmets. There are very few cars on the unpaved, dusty roads. 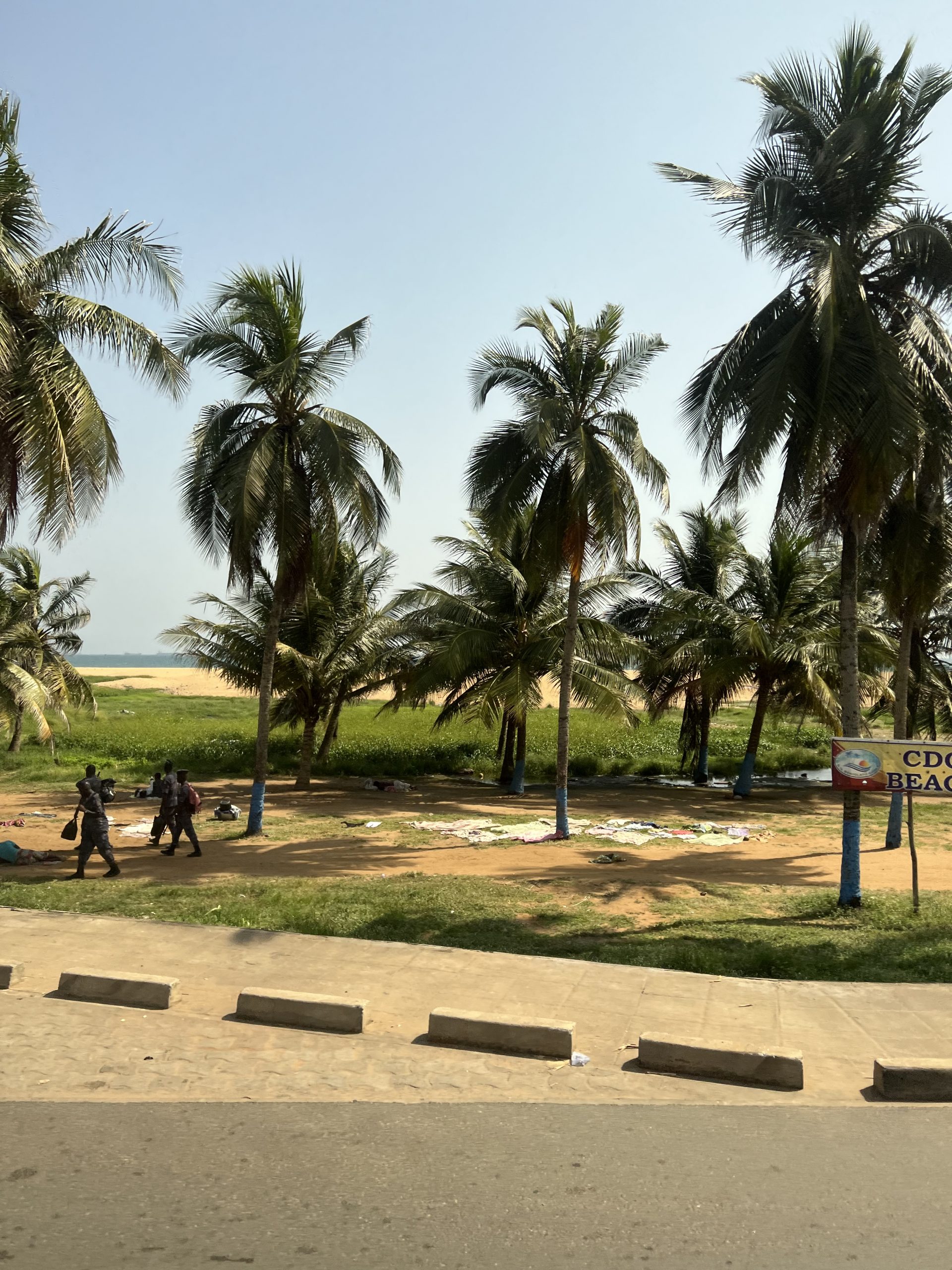 The women wash their clothes by hand and then spread them out on the ground to dry. Seems a bit self defeating to me. 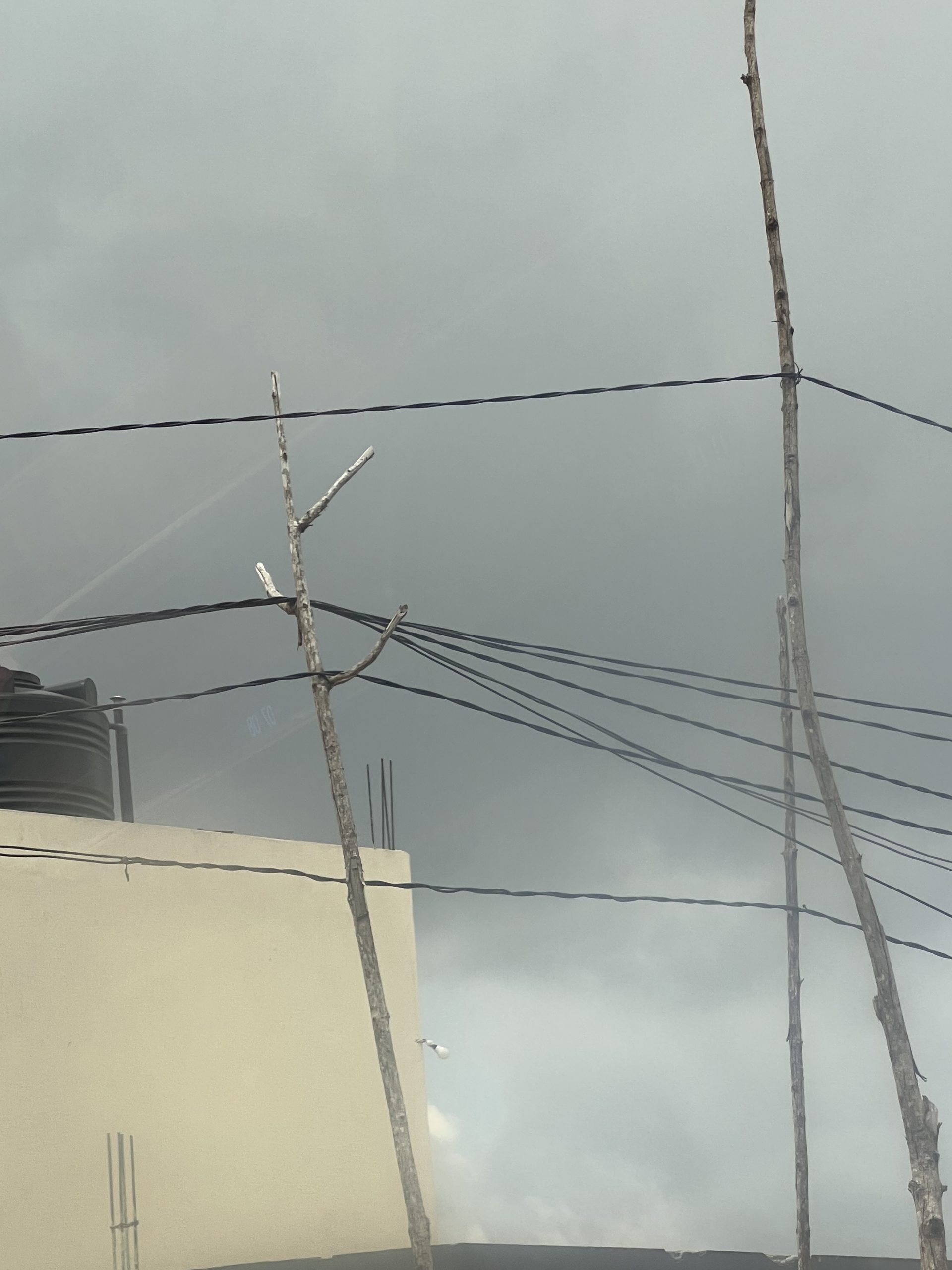 A tree limb stands in for a power line pole. 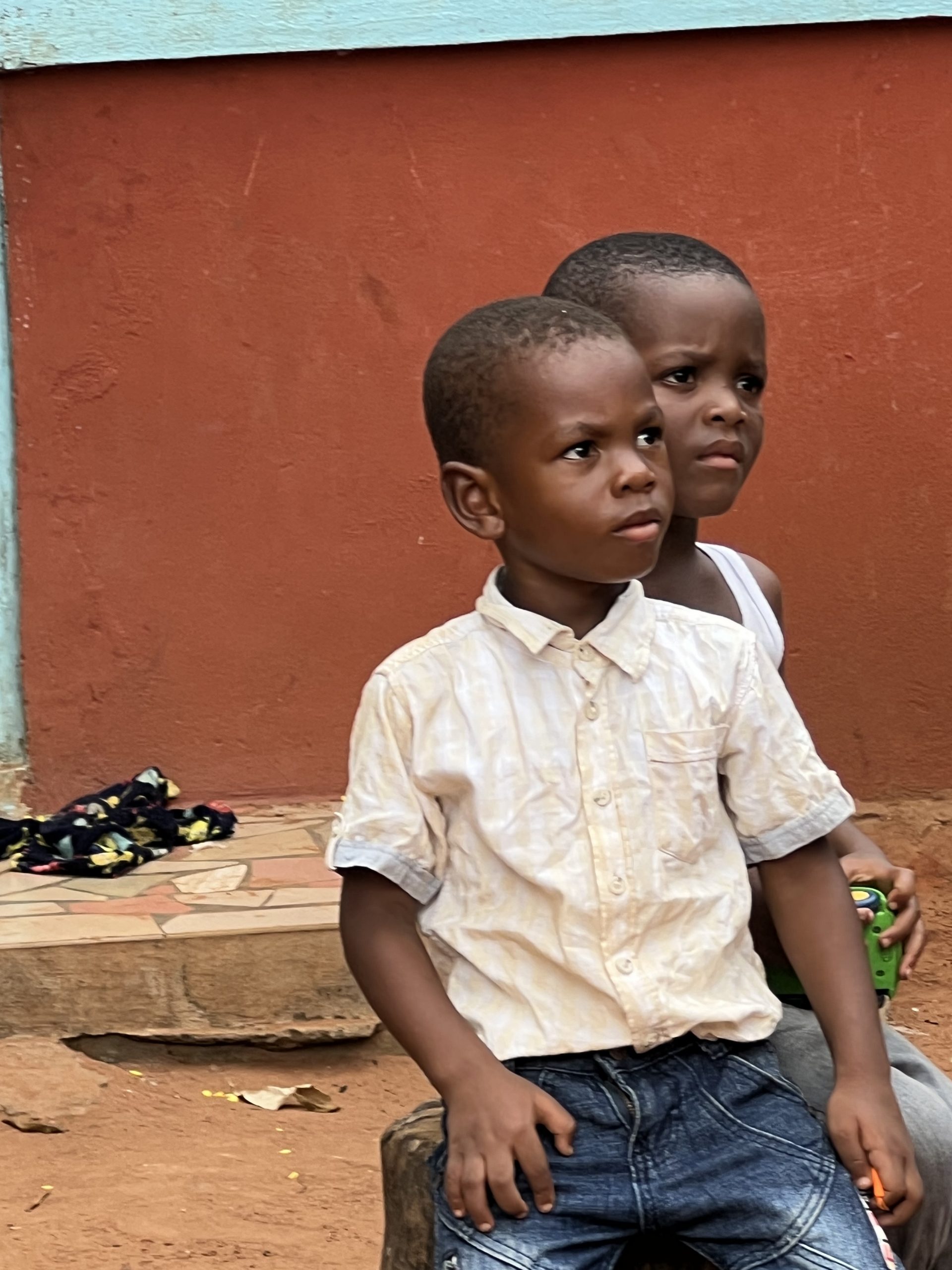 Such precious little guys! I wished I had something to give them – just a little ball or toy. 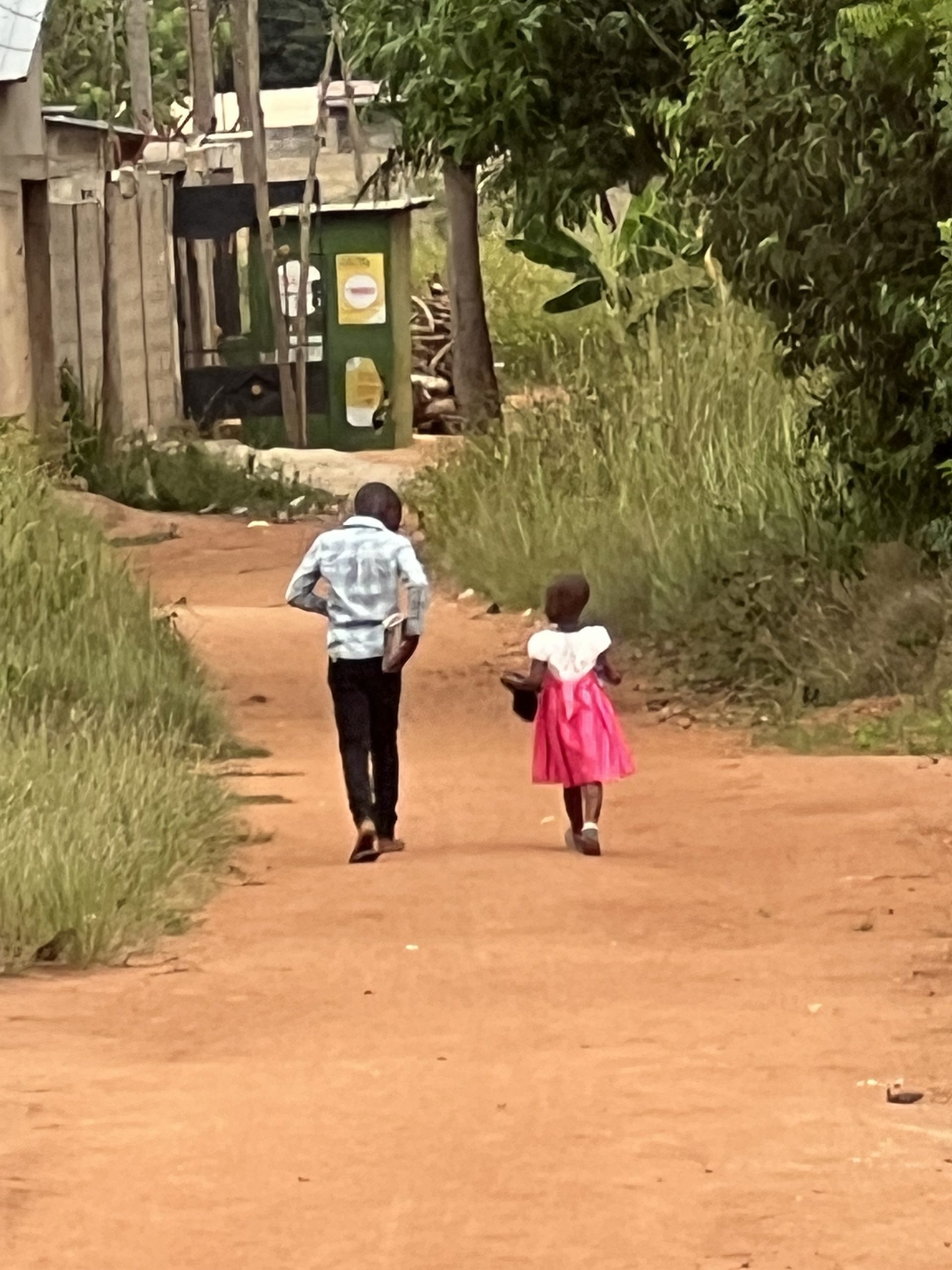 This little girl has a great big brother. I watched them for a while and he was so sweet to her!